Which are you most looking forward to seeing? 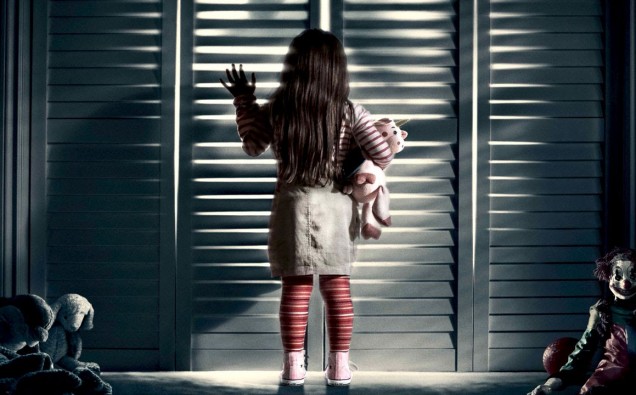 Can you believe we’re just over 6 months away from Halloween? That means we’re staring down the barrel of summertime—and a slew of horror releases vying for Blockbuster Status. Below are the 10 genre films that I’m most looking forward to seeing this summer. Enjoy!

Official Synopsis: Legendary filmmaker Sam Raimi and director Gil Kenan reimagine and contemporize the classic tale about a family whose suburban home is invaded by angry spirits. When the terrifying apparitions escalate their attacks and take the youngest daughter, the family must come together to rescue her.

Remake Hate is at a fever pitch these days. But people seem to forget that for every abomination (like 2011’s Fright Night or 2006’s The Wicker Man) there’s one that hits it out of the ballpark (like 2013’s Evil Dead or 2004’s Dawn of the Dead). So while I share fans’ skepticism of major studio horror releases, I’ll hold judgment on Poltergeist until I see it.

Official Synopsis: A prequel set before the haunting of the Lambert family that reveals how gifted psychic Elise Rainier reluctantly agrees to use her ability to contact the dead in order to help a teenage girl who has been targeted by a dangerous supernatural entity.

Elise Rainier (expertly played by Lin Shaye) is the anchor of the first two Insidious films, and I’m glad to see that the 3rd Chapter will focus on her backstory (and a different haunted family).

Official Synopsis: A young man in a personal tailspin flees the US to Italy, where he sparks up a romance with a woman harboring a dark, primordial secret.

I’ve been a fan of the filmmaking duo of Benson and Moorhead since being bowled over by their debut feature, Resolution, in 2012. Their follow-up, Spring, was the darling of the 2014 Festival Circuit, and finally comes to DVD on June 5th. Yes, I know it’s already available on VOD, but I’m a collector, so the DVD release date is what I most look forward to.

Okay, not really horror by any stretch of the imagination, but it looks genuinely thrilling (watch the trailer for chrissakes!) and stirs feelings of pleasant nostalgia for the first Jurassic Park.

Official Synopsis: A guy’s regrets over moving in with his girlfriend are compounded when she dies and comes back as a zombie.

With Joe Dante at the helm(the filmmaker behind such classics as The Howling, Gremlins, and The ‘Burbs), we can expect Burying the Ex to deliver some kick-ass horror comedy with some awesome practical FX. This film is based on the 2008 short story of the same name by Alan Trezza.

Official Synopsis: 20 years after a horrific accident during a small town school play, students at the school resurrect the failed show in a misguided attempt to honor the anniversary of the tragedy – but soon discover that some things are better left alone.

The Gallows is a found footage horror movie that some have described as “almost too scary to watch”. The above trailer is certainly unnerving in the extreme!

The Vatican Tapes (Directed by: Mark Neveldine, Written by: Chris Morgan, Based on the story by: Christopher Borelli): Friday, July 24th

Official Synopsis: A priest and two Vatican exorcists must do battle with an ancient satanic force to save the soul of a young woman.

While I can’t confirm it, but the word “Tapes” in the film’s title certainly seems to suggest another found-footage offering. This tale of exorcism is said to be in the vein of The Exorcist and Rosemary’s Baby.

Official Synopsis: A young kid teams up with the niece of young adult horror author R.L. Stine after the writer’s imaginary demons are set free on the town of Greendale, Maryland.

The producers of I Am Legend and 2008’s Prom Night are bringing us this horror comedy based on the children’s novel series that ran from 1992 until 1997. I was in college when these books were popular, so I missed them—but Millenials love them!

Official Synopsis: A young mother and her twin sons move into a rural house that’s marked for death.

Mr. Boogey, aka the pre-Christian demon Bughuul is back from the beyond, ready to persuade a couple of young twin boys to murder their entire family.

Official Synopsis: Set in the 1980 in a small Minnesota town where a man is arrested for sexually abusing his daughter. He admits his guilt despite having no memory of it. With the help of a psychologist, he relives the memories and implicates a police officer as his partner in crime. The man’s estranged son and other townspeople are also suddenly able to relive suppressed memories of horrific abuse. At the same time, the local news reports blame a Satanic cult that has been performing rituals of orgies, assault, killing animals and even babies, for years. The officers are alarmed when similar reports come in from all around the country—they believe they’ve uncovered a national and possibly supernatural conspiracy.

With lauded Spanish Director Alejandro Amenabar (The Others) at the helm, Regression promises to be a truly tense and suspenseful supernatural horror movie. The above trailer is intriguing to say the least.

Official Synopsis: No official plot yet, but it’s said to feature Reggie Bannister (a veteran of all five films) in his decades-long pursuit of the Malevolent Tall Man (Angus Scrimm), and it finally forces him to confront the mysteries at the heart of the Phantasm saga.

One of the most exciting moments in horror during 2014 was the surprise announcement that, not only was a 5th installment of the Phantasm Franchise in the works, but that the entire movie had already been filmed in secret! Still no word on when or how Ravager will be released, but I’m hoping that by including it on this list, I’m somehow creating the intension necessary to bring this project to fruition—and in a hurry!

What horror movies are you most looking forward to seeing this summer? Sound off in the Comments section!