Something smolders behind those sullen eyes. 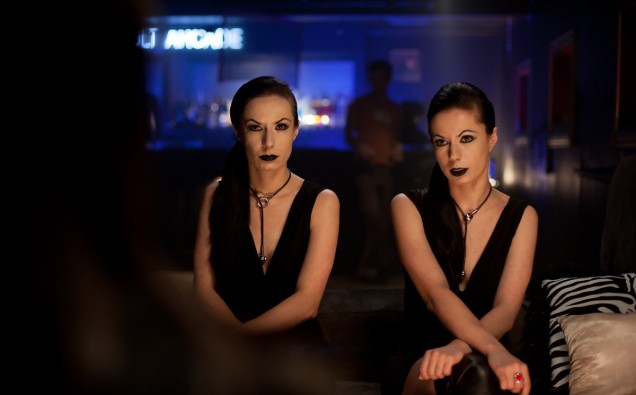 There’s just something so hypnotic about Goth chicks; they’re exquisite!

The word Goth comes from “Gothic”, a genre of literature and film characterized by darkness, hauntings, death, decay, unrequited love, and madness. Goth style as we know it today emerged around the British “New Wave” music scene of the 1980, coalescing around bands like Joy Division, The Cure, and Depeche Mode. The music and aesthetic of Marilyn Manson created a Goth resurgence in the 1990s that endures to this day. 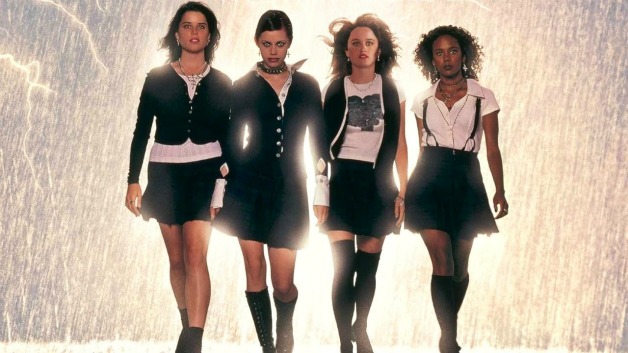 The first Goth Chicks, whether they knew it or not, cultivated their look by emulating classic horror icons like film’s Bride of Frankenstein and Vampira, television’s Morticia Adams and Lilly Munster, as well as the popular 1980’s horror hostess Elvira. Another less talked about inspiration for the Goth aesthetic were the underground S&M clubs of the era.

Pardon my metaphor, but horror movies and Goth chicks go together like sex and orgasms. As a boy who went through puberty in the mid 1980’s, I’ve always had an especially amorous association with the black hair, thick eyeliner, and ripped fishnets. So it’s with pleasure that I pay tribute to these dark goddesses in this list: The Top 10 Most Exquisite Goth Chicks in Horror. Enjoy (I know I will)!

Nancy Downs played by Fairuza Balk in The Craft (1996, Fleming) 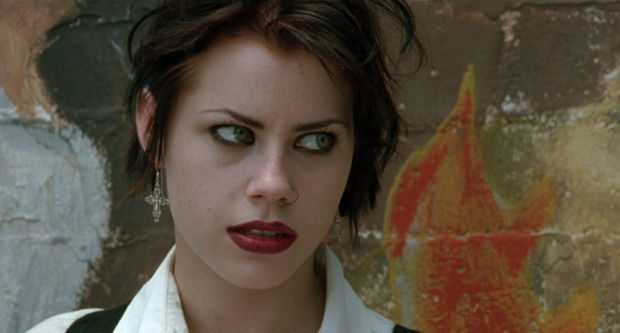 Damn, Nancy, you made me want to step back in time so we could be in high-school together, where we’d smoke clove cigarettes and make out under the bleachers while listening to Disintegration. Damage left you with a hard exterior, but I see that passion smoldering behind those sullen eyes. You inspire fear by holding a harsh mirror up to those who would judge you, exposing the abject ugliness of the so-called beautiful people. 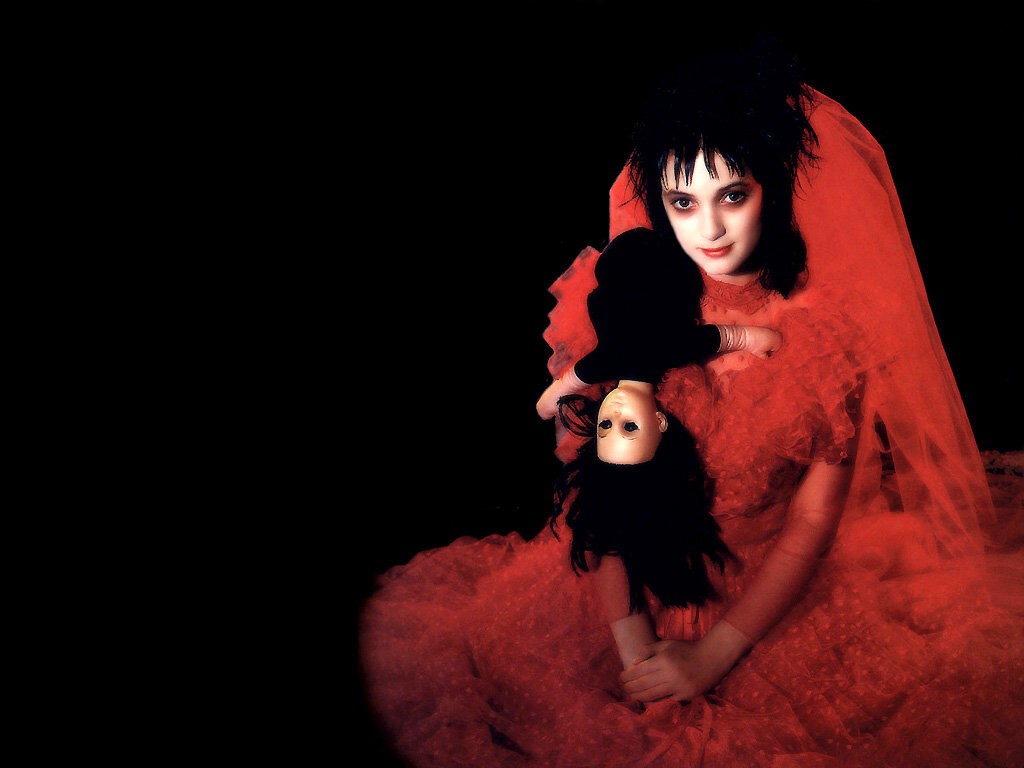 I’ve heard Lydia described as the “quintessential Goth girl” but I disagree. Sure she’s a misfit, a loner, an introvert, completely unable to communicate with her parents and obsessed with death. These are elemental Goth traits, for certain, but Lydia has an innocence that, while not unheard of among this set, is nonetheless extremely rare. Lydia’s a work in progress, a butterfly still in pupae, who will emerge as a powerful force. 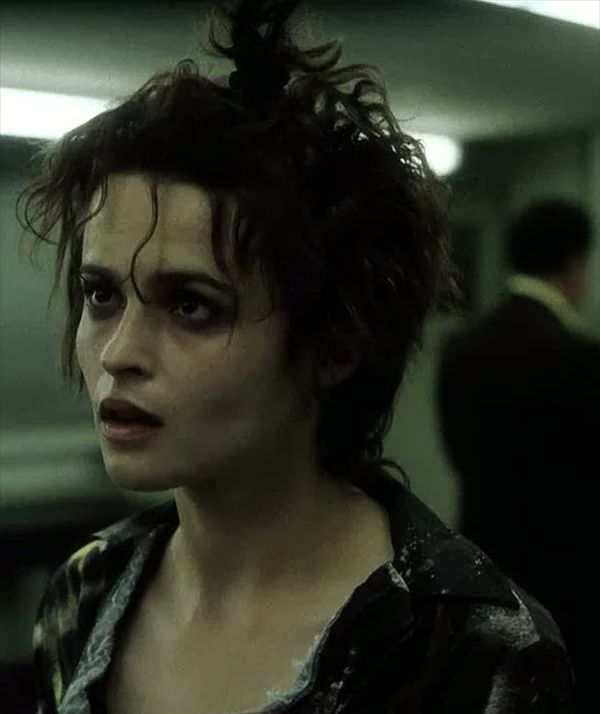 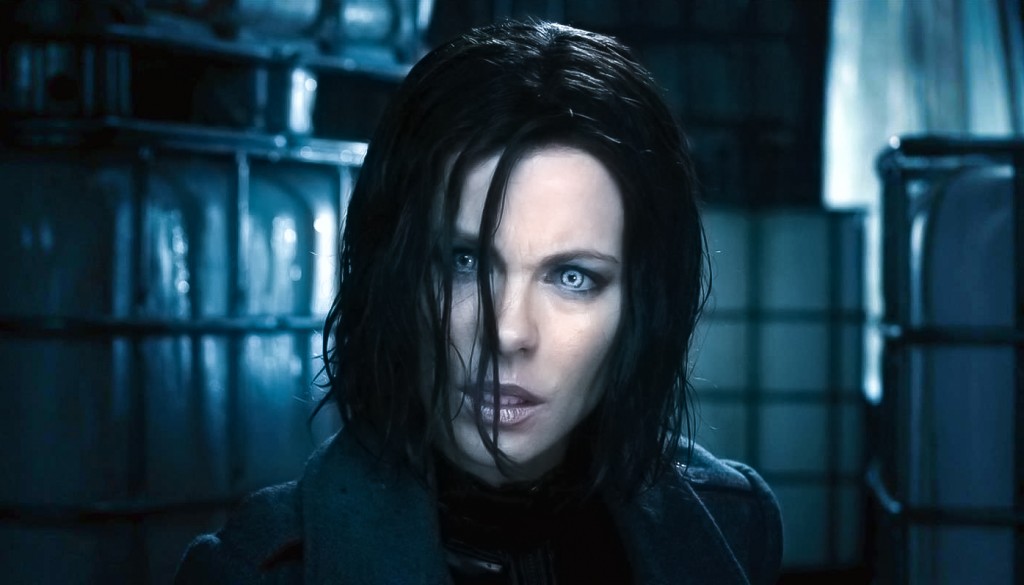 The Underworld franchise presents us with a society of modern vampire who have created a neo-Gothic style that’s both timeless and noir—and Selene is a Goth Queen: The impossibly pale skin, unnaturally blue eyes, and skin-suit crafted out of wicked vinyl, all rounded out with platform boots and a blacker than midnight trench coat. She exudes a strength that only enhances her femininity, powerful and hypnotic.

Ernessa played by Lily Cole in The Moth Diaries (2011, Harron) 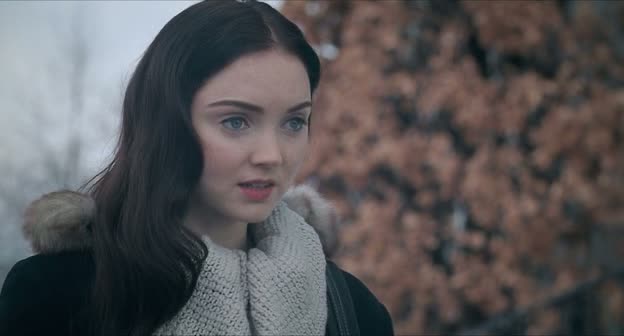 With a china-white complexion and enormous eyes, Ernessa is natural Goth who radiates an almost extraterrestrial beauty. She’s a vampire frozen in the burning throes of blossoming sexuality, completely aware of the power she possesses. She’s the modern Camilla, more irresistible than opium, and dangerously easy to die for. And she’s fucking exquisite.

The Twins from Berlin played by Jen and Sylvia Soska in American Mary (2012, Soska/Soska) 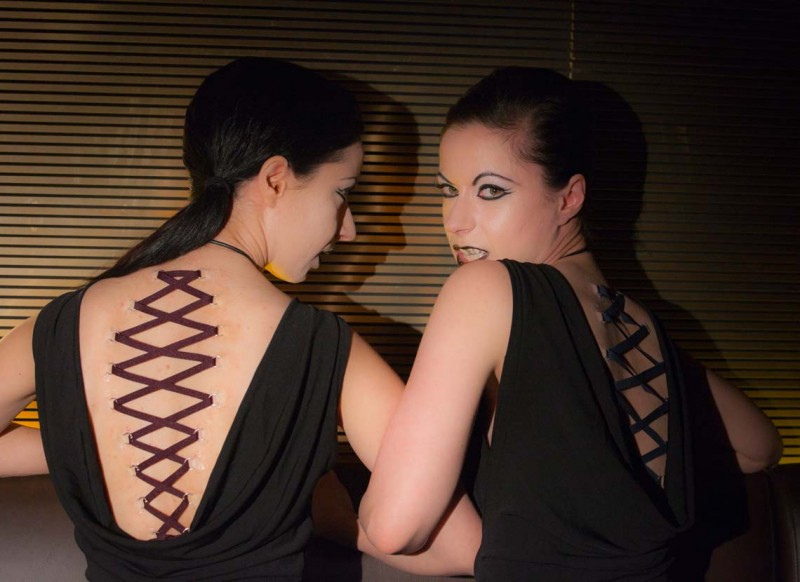 While they only graced the film for what felt like fleeting moments, those Twins from Berlin left a lasting impression as superb examples of stunning Goth beauty—times two!. Not everyone can pull off devil horns, dermal piercings, and black lipstick—but the Twins make it look easy. These hotties represent a new breed of modern Goth chicks with larger than life personas and a down to Earth, approachable ambiance, both timeless and completely out of time. 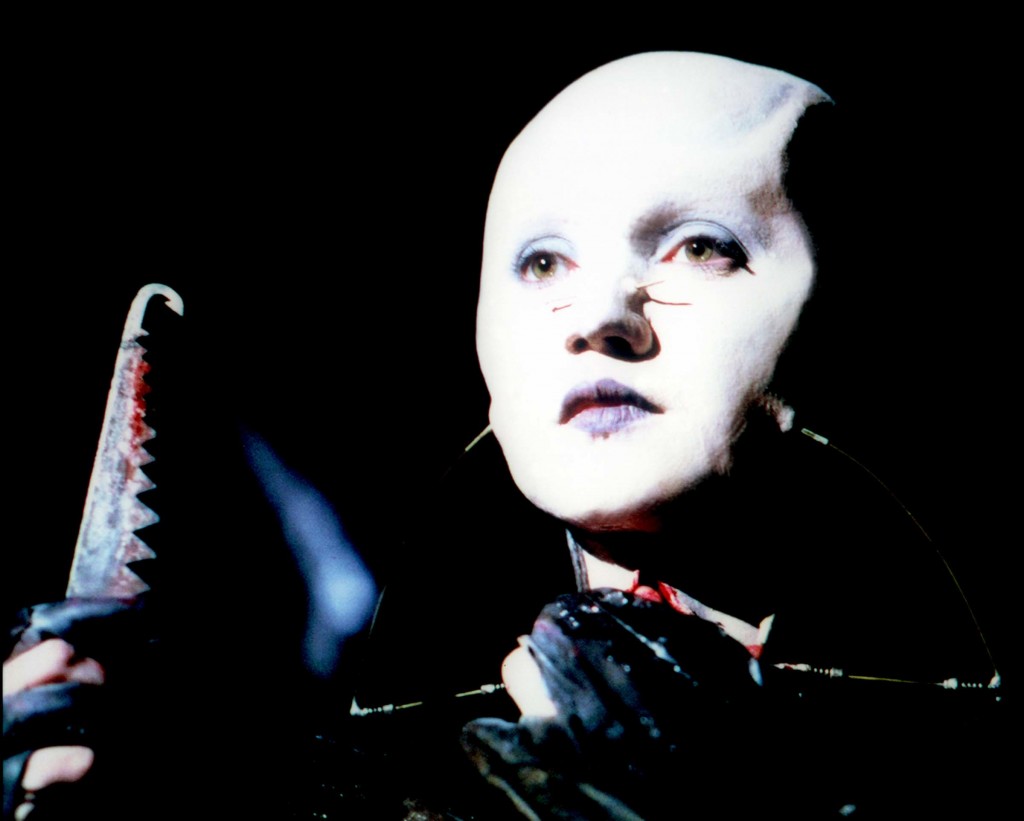 No disrespect to Grace Kirby who appeared in Hellraiser before disappearing into abject obscurity, but Barbie Wilde’s portrayal of the Female Cenobite in Hellbound is quintessential. When the Goth style was still defining itself, the Female Cenobite was a shockingly prophetic vision of an extreme evolution on the horizon. Never doubt that Deep Throat and her dark Priest Pinhead had a direct impact on a burgeoning body piercing “fad” that’s now a staple of alternative culture. She proves that even at its most terrifying, Goth is gorgeous. 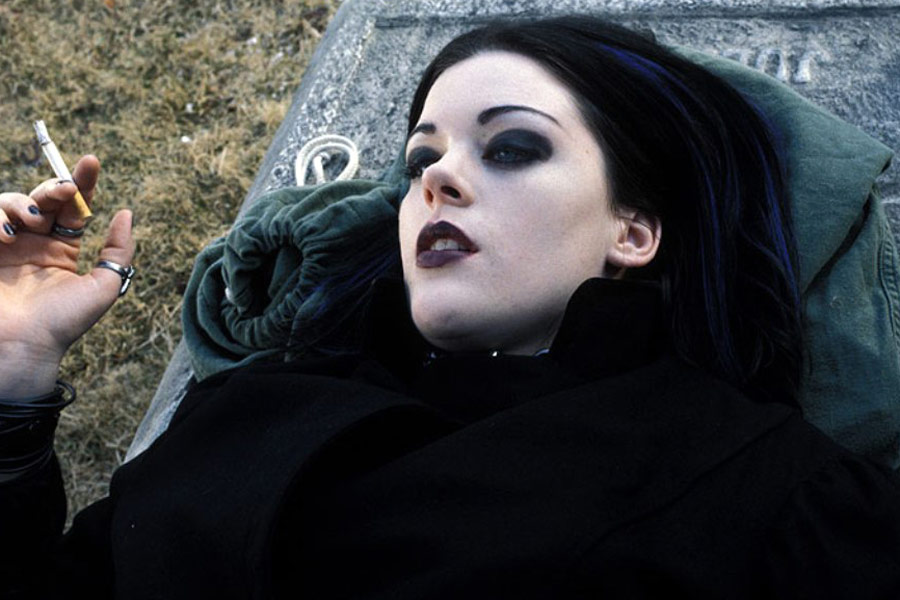 Trash played by Linnea Quigley in Return of the Living Dead (1985, O’Bannon) 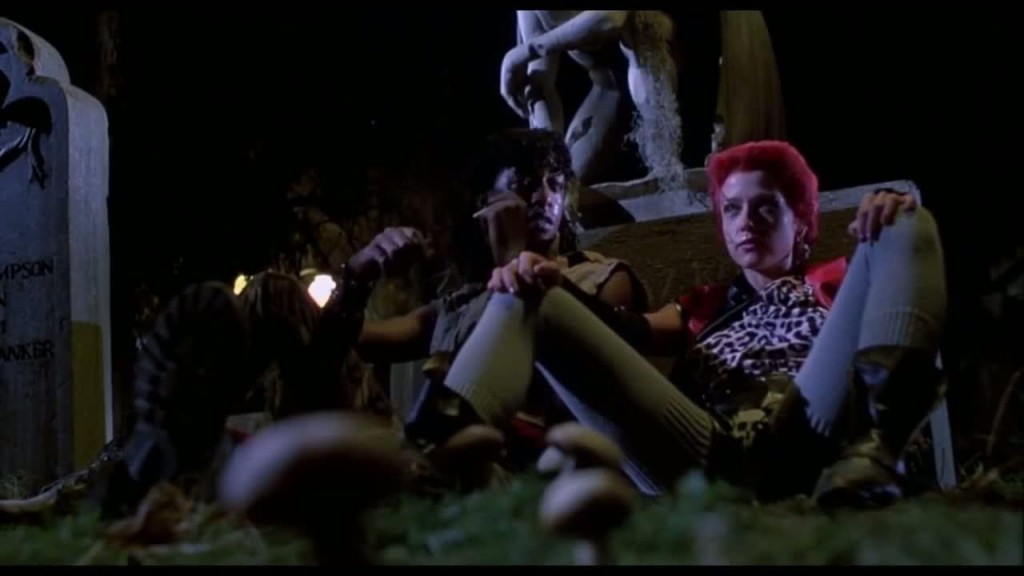 Trash, back in 1985, you the one who could scare me stiff! The personification of sex and death crowned in pillbox-red, I probably wore out that section of VHS tape that contained your infamous graveyard performance. And the irony of a name like Trash, because you were anything but—even when you were a zombie, I would have gladly set myself at the mercy of your insatiable hunger.

Another gloom-less Goth chick with a chipper vibe, Heather merges a dark aesthetic with a fun and outgoing personality. She’s a Goth for all seasons: A model Dark Goddess with the kindness to bless us mortals with her presence. Sure, she’s got a nasty side, but her smile melts even the iciest hearts.

Who do you think are the most exquisite Goth chicks in horror? Sound off in the Comments section!