Niche films for the brave and adventurous. 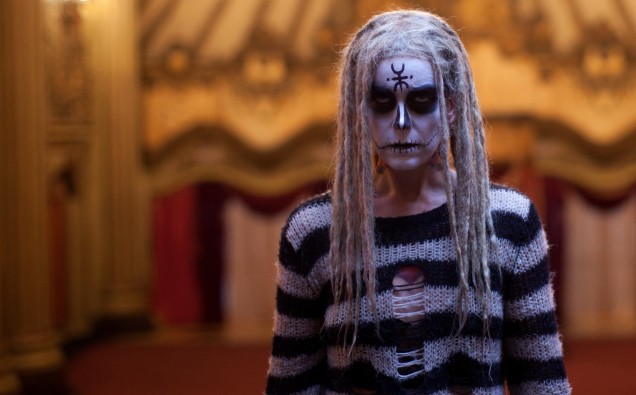 Not a fan of art-house horror movies? You’re hardly alone.

Almighty Wikipedia defines an art-house film as: “Typically a serious, independent film aimed at a niche market rather than a mass market audience. An art-house film is intended to be a serious artistic work, often experimental and not designed for mass appeal. They are made primarily for aesthetic reasons rather than commercial profit and often contain unconventional or highly symbolic content.”

In other words: These films aren’t for everyone—and art-house filmmakers don’t give a damn about your negative opinions! 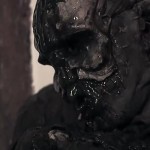 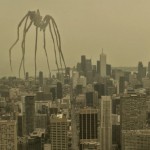 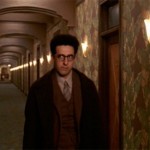 While some horror fans consider these kinds of films pretentious and masturbatory, I believe they are a treasure for brave, adventurous aficionados who don’t mind giving the old grey-matter a serious workout. In my opinion, horror audiences, especially in America, are addicted to straightforward, linear storytelling where everything wraps up neatly by the film’s conclusion. Get over it! Open you mind! 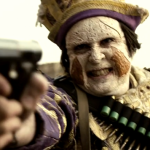 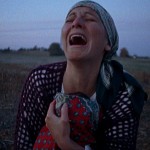 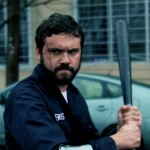 One of the great things about art-house movies is that you don’t have to understand them to appreciate them. Rather than considering yourself a cinematic detective, getting to the bottom of a case, concentrate instead on the emotions and the aesthetics of a film. How does it make you feel? 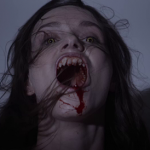 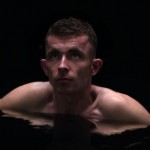 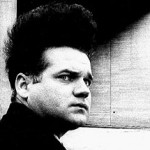 If you’re one of those fans who despises formulaic, cliché horror movies, you owe it to yourself to expand your horizons. In addition to being intellectually stimulating, art-house horror films can be just as scary as anything produced in mainstream Hollywood—often scarier. Consider the list below a primer for those willing to travel outside of their comfort zone in search of new thrills and chills. Enjoy!

Rob Zombie has been a controversial and divisive director since he first appeared on the horror scene with House of 1000 Corpses in 2003. But even some of Zombie’s biggest fans didn’t know what to make of his 2012 art-house horror, Lords of Salem. This is a film that conveys dread through symbolic imagery and nightmare surrealism as opposed to more straightforward modes of storytelling. Lords of Salem can also be viewed as a study of how the past invades the present.

Art-house films aren’t bound by the laws of time and space the way mainstream films often are. In Armistice, a British Soldier find himself imprisoned in a small apartment where, each day, he is forced to battle a hideous, violent creature to the death. No explanation is ever given as to how he arrived there, how long he is imprisoned, or who is ultimately pulling the strings. Ultimately, Armistice is an exploration of the after-effects of war and how it corrodes the human soul.

Enemy tells the story of a commitment-phobic actor who meets his doppelgänger—or does it? Be prepared to think long and hard about the symbolic nature of a giant spider, and what it implies about female sexuality. Enemy is one of those films with many possible interpretations that practically demands repeat viewing.

Barton Fink isn’t a horror movie in the strictest sense, but directors Joel and Ethan Coen have both stated that The Overlook in The Shining inspired The Earle Hotel in their film. Indeed, the scenes that take place in The Earle convey an almost overwhelming sense of dread. In many ways, Barton Fink plays out like a who-done-it murder/mystery—but without an eventual reveal that ties up all the loose ends. Instead it’s up to the viewer to decide what this film implies about our relationships with art and desire. Also, I’m pretty sure Barton Fink gave writer Andrew Kevin Walker his “What’s in the box?” idea for Se7en (1995).

What seems like a twisted love story about a trapeze artist torn between the affections of two clowns is actually a deeply nuanced exploration of the lingering effects of Fascism in Spain. While it isn’t always easy to understand character motivations in The Last Circus, it manages to play out like a superhero flick produced by Quentin Tarantino: Blood, mutilations, and a shit-ton of firepower.

Official Synopsis: Every childhood is normal to the child who lives it. For Meredith (Katie Groshong) that means an enchanted seclusion that is shattered when she is deprived of her mother. Desperate and alone, Meredith must join a household with other women and their children, a sinister man who controls every facet of her existence, and a vicious bear that only she can see.

No, I’m not talking about the 2014 film directed by William Eubank (it’s a great film but hardly art-house); I’m talking about The Signal from 2007. It’s a story told in 3 parts from 3 different points of view (each with its own director), unified around a mysterious radio transmission that’s turning people crazy. No explanation for the event is ever provided, allowing the audience to decide for themselves what the film implies about domestic violence and gender dynamics.

One of the most lauded genre movies of 2014 suggests American horror audiences may be warming to more experimental modes of storytelling; Starry Eyes is about an aspiring actress willing to go to shocking extremes to become famous. Fans of David Lynch and David Cronenberg will detect their influences throughout the film. Since we are given very little background into the circumstances surrounding the film, it’s up to the audience to decide what Starry Eyes implies about fame and fame-seekers.

Even the promise of a naked Scarlett Johansson couldn’t persuade mainstream horror fans to check out the art-house flick Under the Skin—which is a damn shame. While it definitely requires patience and commitment, it’s one of the most unique alien invasion films I’ve ever seen. The film relies heavily on imagery to tell the story of a female stalker who traps men in a nebulous watery realm where they are processed for consumption. Director Jonathan Glazer used experimental filming tactics, including the use of hidden cameras to get actual responses from extras who had no idea they were being recorded for a movie.

David Lynch’s first feature film is the granddaddy of all art-house horror movies. Dark, slow, and noisy, this is a film that demands quite a bit from its audience. While none of the scenes in Eraserhead are all that shocking by themselves (especially by today’s standards) they combine to create a film that is uncommonly unnerving, creating the sensation of a nightmare from which one can’t awaken. Stanley Kubrick stated that Eraserhead was a major creative influence on him as he filmed The Shining.

What are some of your favorite art-house horror movies? Sound off in the Comments section!