These Terrible Toddlers Will Do Worse Than Poop Their Diaper 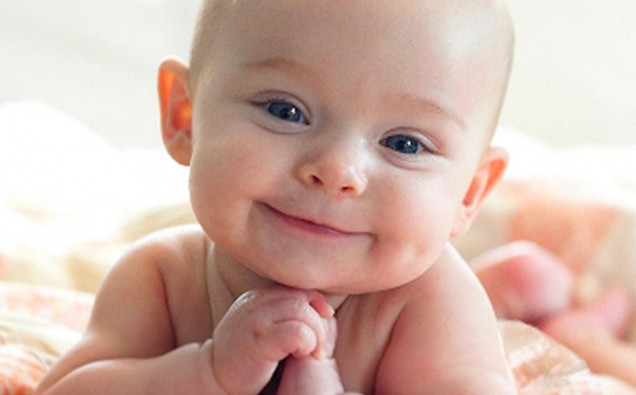 Horror movies have proven even if you manage to avoid death after sex (not bloody likely) the spawn you produce from forgetting to wrap your willy can be even worse. After all, babies can be a royal pain in the ass. For all their cute gurgling noises and adorable faces, there are a whole lot of negatives. Projectile vomiting, poop-stained diapers, having your Achilles tendon cut with a garden spade… the list goes on. Here are the 5 most terrifying toddlers in horror 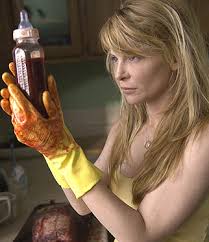 Less deadly than some of the monstrous wee ones on this list, Grace gets points for pure creep factor. When Madelines still born fetus that miraculously comes to life shes thinks its a miracle. Well, this is a horror flick, and things are not quite the fairytale they seem, primarily due to the infants tendency to attract flies, smell like a corpse, and drink human blood. All that gore has to come from somewhere, and its not long before Madeline turns to murder. And that’s before Grace even begins to teeth… 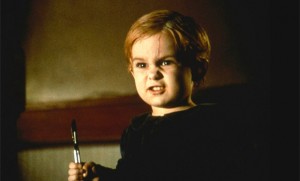 Gage seems like your everyday happy go lucky kid for a while. Alas, the unfortunate pairing of his little body and a semi-truck ends whatever hope we had for a happy ending. Thankfully, there’s a local Indian burial ground capable of bring the dead back to life. Unthankfully, it brings them back possessed by a murderous, cannibalistic demon. Armed with a scalpel and looking for murder, Gages short reach and small stepsize don’t hinder his murder spree in the slightest. 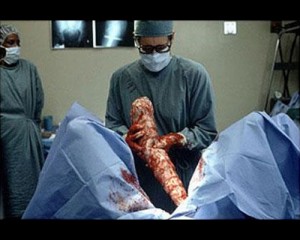 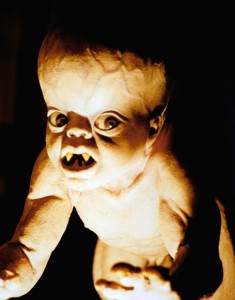 Childbirth is already pretty horrifying on its own (as is anything involving pushing a melon-sized object out of your nether regions) but the infant from Its alive takes it a step up, being born with fangs, claws, and surprisingly adept parkour skills. You have to feel sorry for the victims. Just imagine two guys sitting around in hell. “I got my intestines slashed out by Jason. How about you Frank?” “Oh, I was overpowered by a new born.” “What seriously?” “Shut the hell up Joe, it had freaking claws alright?” 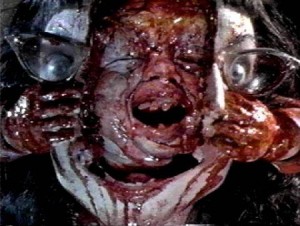 From the moment I began concieving this list, I knew only one baby who deserved top spot. Dead Alive’s un-dead juvenile has a short appearance in Peter Jacksons ridiculous splatter fest, but a memorable one tearing people into chunks and generally causing all kinds of mayhem. He’s perhaps the most iconic figure in a film that includes lawnmower massacres and really good pudding and the scariest baby in horror history.

Well guys, I hope you enjoyed this tyke-sized dose of terror. Until next time, keep on coming back to The Blood-Shed.