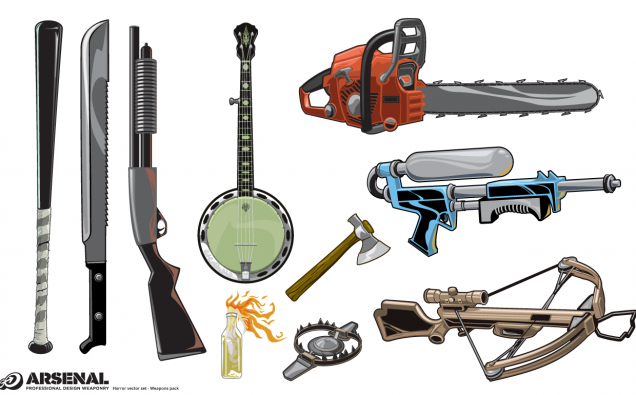 If you’re looking to be a horror movie slasher, you have a couple of different choices for your arsenal; chainsaw’s, knives, hammers, and plenty more have all murdered their fair share of hapless victims over the years. For this list though were going to be looking at the “and plenty more”; the most out there, creative weapons maniacs have managed to utilize with great effect. Jason Vorhee’s machete be damned, and Freddy Kruger can go fuck himself with that clawed glove of his; here are the top 6 most creative weapons in Horror History.

6. Trombone- The Town That Dreaded Sundown 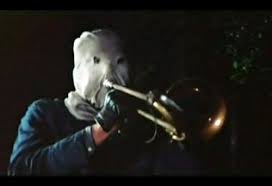 As the section leader of my high schools Trombone section, this one is pretty painful. Sundown actually has a pretty fair crop of unique death scenes, but a pocket knife added onto the tip of everyone’s favorite sackbut wins the cigar. Fair warning to everyone who likes to make boner puns out there; those slides have some reach. Hey, speaking of dicks…. 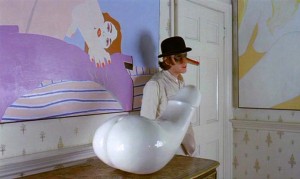 I’ll be the first to tell you I’m not the most cultured of people, so maybe I’m just not fancy enough the understand the appeal of owning a giant sculpture of a dick. It’s apparently a pretty solidly built cock though, because Alex has no trouble using it to beat in a rich cat woman’s head. The kill itself isn’t all that original; we’ve seen plenty of bludgeoning’s in horror before, but the instrument is just so deliciously perverse. The thrusting manner with which Alex delivers the coup de grâce is just icing on the cake; or I guess in this case, splattered brains on the giant penis.

Deadly Friend isn’t a very good movie, especially from a master like Wes Craven, but this one scene will go down in infamy. Mama Fratelli from The Goonies is a pretty unlikable bitch, making it all the more satisfying when she gets decapitated via basketball with a pitch that would make Randy Johnson jealous. Watching the old hags cranium implode like an over-ripe cantaloupe is just about as close to perfection as us mortals can reach on this Earth.

The “Driller Killer” might look more like crack head Danny Zuko than a slasher, but his weapon is something special. A perfect combination of 80’s excess and the 90’s X-TREME phase, the Electric Guitar Drill is ridiculous, but shit-fire does it get the job done. My main question is how do you tune the damn thing? With the guts and gore clogging the strings, the sound quality has to suffer. Food for thought for all you aspiring musicians and psychopaths out there.

Wielded by Mary, a “nomadic, shapeshifting energy vampires who feed off the life-force of virgin women who can transform (partly or fully) into human-sized bipedal werecats” (?!?!?!) this cob proves to be a deadly weapon. Written by Stephen King during what must have been one of his more drug addled periods, Sleepwalkers made absolutely no sense before vegetables start getting used for murder, with the corn stabbing being the last rung on the ladder to the belfry of batshit insanity. Even as a life long Stephen King fan, this was still nearly un-watchable; but hey, it shows a creative way to use vegetables for more than nutrience and dildos if nothing else! 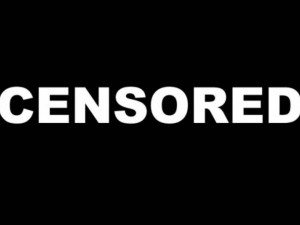 If you have you have yet to see Teeth, it can be pretty accurately summed up in two horrible words.

Jeff is a writer for the Blood Shed and eats, drinks, and bleeds horror. You can follow him @thatjeffreyguy on Instagram