A.K.A That Embarrassing Moment When Your Ass Gets Taken Out By A Flower 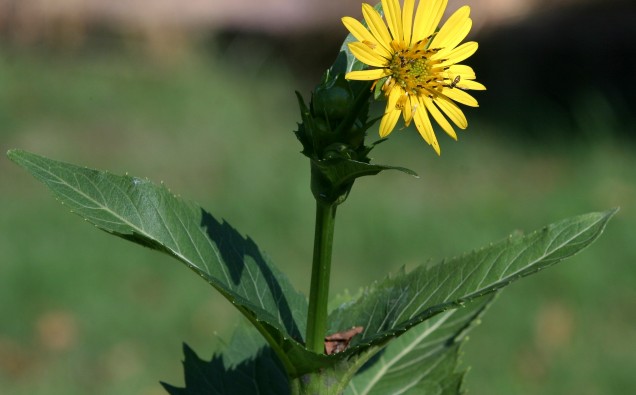 Whether it’s getting chomped on by an Alligator, choked out by a giant snake, or even eaten alive by a pack of flying fish (thanks Piranha II: The Spawning!), it’s not that uncommon to meet your grizzly end via animal. It’s far less likely you’ll find yourself in a life/death struggle with vegetation, but movies have proven shrubbery can be quite deadly. Here are the Top 6 Killer Plants in Horror Movies. 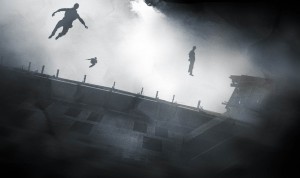 Although they lose points for being in a dumb ass movie, flora in The Happening have some exceptionally murderous powers. After Mother Earth gets pissed off at humans for generally mucking everything up, she starts using plants to release a neurotoxin into the air, one that causes humans to off themselves in creative ways. Unfortunately, for every awesome scene of a guy committing suicide by jumping in a lion pit, there are two more of Mark Walhberg running away in fear from the wind. Still, any daffodil that makes you run a lawnmower over your face is damn deadly in my book. 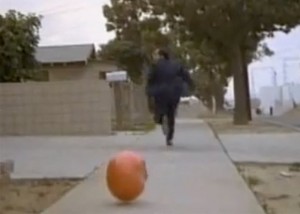 The Killer Tomatoes are firmly on the sillier side of movie villains, but they’ve received a well-deserved cult following. Asides from a kickass theme song, the murderous fruit (vegetable?) kill their victims by.. gently rolling over them? Why they don’t just give the tomatoes a good stomp, or you know, move slightly to the left, I don’t know, but watching buxom women run away from the best  red-painted tennis balls a sub $100,000 budget could provide is a pretty fun time. 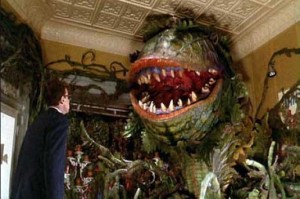 A “Mean Green Mother from Outer Space” Audrey II is the giant, meat eating, show tune singing alien monster from Little Shop of Horrors. Asides from belting out a solid soprano, Audrey is a mentor, doling out advice and helping lonely flower shop worker Seymour hook up with his secret love, Audrey I, at the price of the occasional dentist or shop owner to devour.  After all, a plant’s got to eat. When Audrey’s Appetite begins to grow though… well things get out of hand. 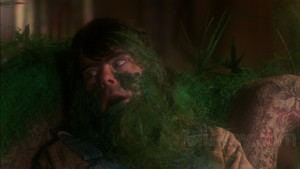 Appearing in the Creepshow segment The Lonesome Death of Jordy Verrill, Meteor Shit, as coined by the titular Country Bumpkin, is a green goop spilled from a crashed meteorite that causes an uncontrollable grass like growth over whatever it touches. Planning on selling it to a local college for $200, the lunkhead only succeeds in getting the crap all over him. Never the sharpest knife in the electrical socket, Jordy decides a bath is in order to relieve himself of the intense pain. Little does he know when the stuff hits water…. 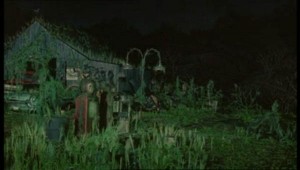 And that’s before the record setting rains are due. For something so inconspicuous as grass, meteor shit sure leaves an impact. 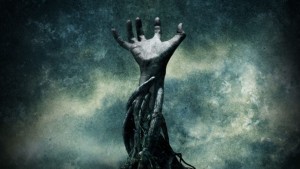 Movies like Cannibal Holocaust and The Green Inferno have traditonally shown the natives to be your biggest fear when stuck in the jungle, but The Ruins turns this old trope on its head. The meat eating vines surrounding the dilapidated Mayan architecture are particularly deadly for their abilities to taunt and even bait victims, using its leaves to mimic characters voice and imitate ringtones, using near human like intelligence. Coated with acid, the vines eat by wrapping and enveloping their prey, or even more terrifying, entering through wounds or open sores, and planting its seeds in the bloodstream. Once they touch you, you are never truly free. 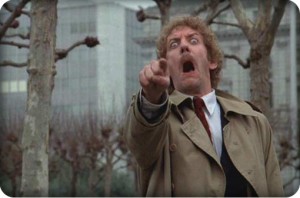 One of the all time great and bizarrely underrated monsters in fiction, Pod People are absolutely lethal, easily the deadliest greenery ever put to fiction, but in an unconventional way, one harder to combat than your average monster. Another extraterrestrial force, the Pod People are an alien race who take over worlds not by destroying, but by duplicating. Killing the original copies in their sleep, the Pods become perfect replicants of the deceased, only devoid of emotion and completely ruthless in their quest to assimilate humanity. With seemingly no weaknesses, The Pod People appear to be nearly invincible. It’s this complete hopelessness that makes Invasion such a classic film, a movie that is truly and utterly horrifying.

Well guys, thats it for this week’s list. In the meantime go outside, enjoy the summer sun, smell some flowers…. well okay, maybe not the last one. Until next time, keep checking out TheBlood-Shed.

If you have a craving for more scary plants, check out my colleague Matthew Myers’ recent article on Five Horrific Plants that Exist in Nature by clicking HERE.