Like most businesses, casinos are always looking for ways to appeal to new audiences and one method of accomplishing this is by offering a wide range of slot machine... 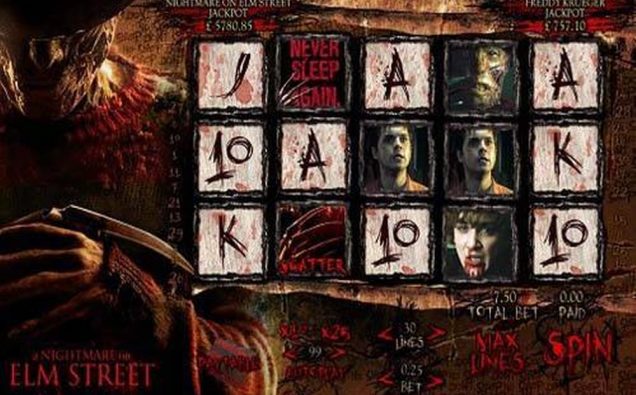 Like most businesses, casinos are always looking for ways to appeal to new audiences and one method of accomplishing this is by offering a wide range of slot machine games. These machines are created around particular themes such as sports, movies and music. For example, there are several slot machine games that have used horror movies for inspiration.

A Nightmare on Elm Street

One of the most popular horror movies of all time is now a five reel slot machine game with a total of 30 paylines. As movies use music to add to the horrific mood, so does this slot machine game. The most coveted symbol in this game is the Freddy Krueger symbol. Players that get him to appear on all of the reels will earn 10,000 times their wager to a maximum of £100,000.

If you’ve been or planning to go to see the recently released Alien: Covenant in the cinema, this slot games based on the original film might be of interest to you. Based on the 1986 blockbuster of the same name, this video slot machine games provides players with 15 paylines on which to potentially win big. As players venture towards the Queen Hive, they must battle their way through extra-terrestrial attacks. Expect the symbols in this game to come from the movie including monsters and alien eggs. The value of the symbols increases with their growth meaning that the full grown monsters are worth more than the unhatched eggs.

The oldest movie on this list, The Invisible Man, is no less scary. James Whale’s 1933 film inspired this slot machine game which offers players numerous special features. Invisible Man offers free spins, re-spins, win-both-ways, wild substitutions and two different bonus games. One bonus game is Griffin’s Rage which is a pick and click bonus game. The other is The Police Spins Bonus which becomes activated if the meter is full prior to entering the free spin mode.

If you’re a horror movie enthusiast or simply like an exciting slot machine game, consider trying out one of these game the next time you visit an online casino.