Torture-Porn For the Masses: A Look Back at Hostel

The World Asked For It, But Was The World Ready? 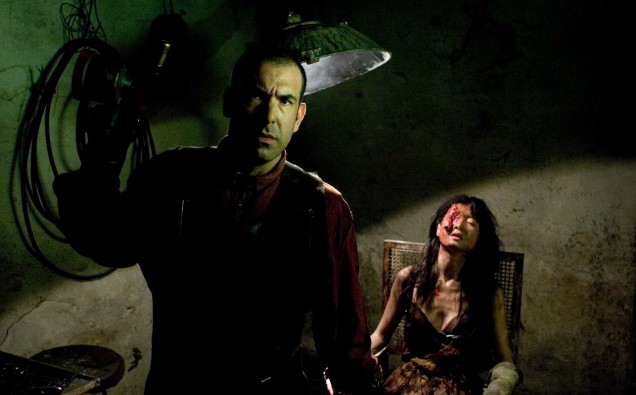 If ever there was a genre to make Focus on the Family weep, it’d be torture-porn. Focusing on extreme and visceral depictions of violence, sometimes in lieu of story, the genre has been around for decades. It wasn’t until the mid 2000’s however that it really began to bleep on the publics radar.

Violent films had of course been coming out for years, with plenty of gore in 1980’s slasher films and what not, but none of them were true torture-porn in way we understand them today. While Jason dispatched his victims with no shortage of the red stuff he generally did so quickly. Small condolences perhaps, and to all you smartasses out there yes, while taking a machete to the face probably doesn’t feel very good, it’s a hell of a lot more merciful than any of the poor saps in Hostel got. 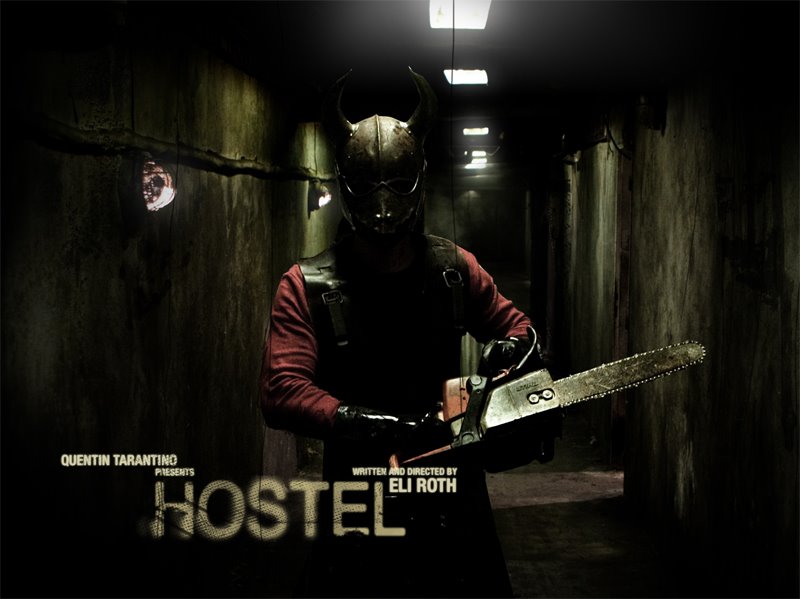 Released in 2005, the Eli Roth directed, Quentin Tarantino produced movie was on the receiving end of as much controversy as any film in recent memory. Now this is hardly the most violent or disturbing movie ever made, but it might be one of the only ones that grossed $80 million dollars. People went in expecting to see a Saw, no cakewalk itself, and were greeted with a film that was simply on another level of depravity.

Like I said before, Hostel is by no means the most violent or disturbing film of all time; two of the three August Underground films were out by this time, as was Cannibal Holocaust, The Wizard of Gore, and any number of other depraved flicks that equaled or bested it in the fucked up department.

For comparisons sake though, lets bring Saw into the mix. While the franchise certainly got gorier as it went along, the original Saw film, despite often being mislabeled as torture-porn, is surprisingly light on the bloodshed. Most of that films strength came from a level of mystery and intrigue, something beyond your average gore-fest.

And for better or worse, Saw always had a complex story. Yeah, after Jigsaw’s 3rd apprentice shows up around number seven, the franchise might have been running on fumes, but you always had the idea someone was, at some level, trying to yarn an intriguing tale.

Hostel, well, not so much. Especially when compared to the Saw films, this is a pretty easy premise to grasp. When the rich and famous have a blood lust, there is only one corporation they turn to: The Elite Hunting Club. For the price of a Disney vacation, you can get a gnarly tattoo, an assortment of power tools, and a grimy room with your very own victim handcuffed and ball gagged to a folding chair. 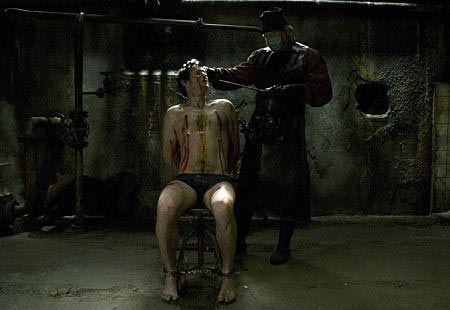 And for the most part, story wise, that’s it. The majority of the film is three drunken frat bro’s walking around trying to score some tail in Amsterdam, until their kidnapped, tortured, and except for a lone survivor, murdered. As one would expect with an Eli Roth film, especially one with subject matter like this, profanity, nudity, a variety of bodily fluids, and general crassness abound.

For such a dark idea then, Hostel might surprise first time viewers as being something of a black comedy. In order to see the humor behind the horror, you have to try and see beyond the bloody nastiness, admittedly not an easy task, even for gore hounds. After watching a blow torched eyeball drip down a woman’s face, a lot of people are going to have trouble laughing.

Make no mistake here, this is a nasty ass film; even beyond the grimy sets, sleazy characters, and excessive violence there’s a layer of filth no amount of edits or cuts could have wiped away, and nor would I have wanted it to. The funny part about Hostel is not the torture itself, but the idea that such a ludicrous premise is so grounded in such brutal reality.

Just imagine Donald Trump in a surgeon outfit, waving a chainsaw madly around his head as he rushes at a poor Mexican strapped to a chair. Absurd, yes, but all too easy to imagine. In a world where the rich so often systematically kill and exploit the poor for profit, its ironic bliss to see a business where they pay thousands of dollars to personally murder the less fortunate.

So yeah, while Hostel might be light on story, for those willing to cut a little deeper, it’s chock full of interesting themes. That being said, the movie going public simply wasn’t ready for it. In the mid 2000’s, demand for torture-porn and violent cinema was at an all time high, but audiences didn’t know what they were asking for; hence lots of controversy, especially among less versed or younger horror fans that hadn’t expected such a hard film. Sadly, people have a tendency to remember Hostel as a lesser movie, filled with meaningless violence, serving no purpose in the horror canon at large.

That’s a frankly immature way to look at any piece of work in my opinion, especially from a filmmaker like Eli Roth; everything was made for a reason, and no piece of literature, music, or even torture-porn is without meaning. Hostel is no different, and it’s remarkably effective; as a sick piece of gory escapism, and a damn fine film.