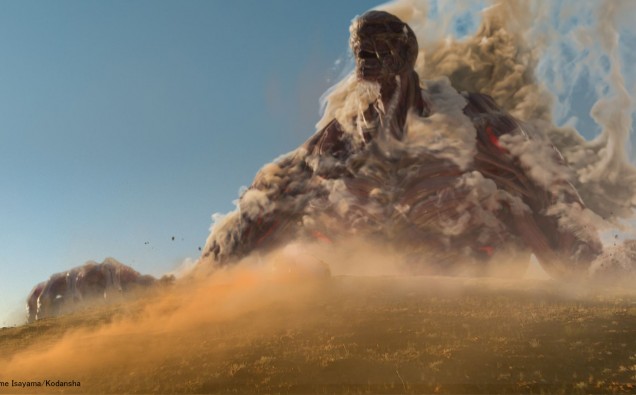 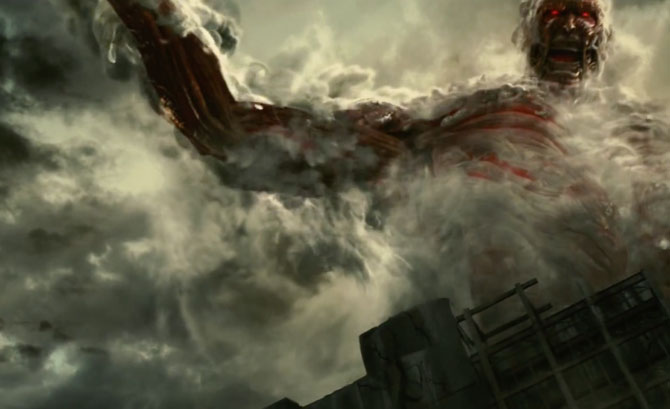 I’ve never been a huge fan of “anime” (Japanese animated productions featuring hand-drawn or computer-generated images); sure, I grew up on Robotech, but by adolescence, my tastes were much more firmly rooted in the horror genre. All that changed last year when I was exposed to Attack on Titan on Adult Swim.

That shit rocked my world!

The anime series, takes place in either a future or tangential universe where the emergence of a giant race of “Titans” has forced humanity to devolve into a pre-industrial society. Survivors of an initial genocide created a massive walled community to keep the monsters at bay; after a century of peace, the community developed a false sense of security, with many wondering if the Titans even still existed. All that changes when a Colossal Titan (a creature that looks like it was born in Clive Barker’s Hellraiser franchise) knocks a hole in the wall, allowing a flood of cannibalistic ogres to lay siege. 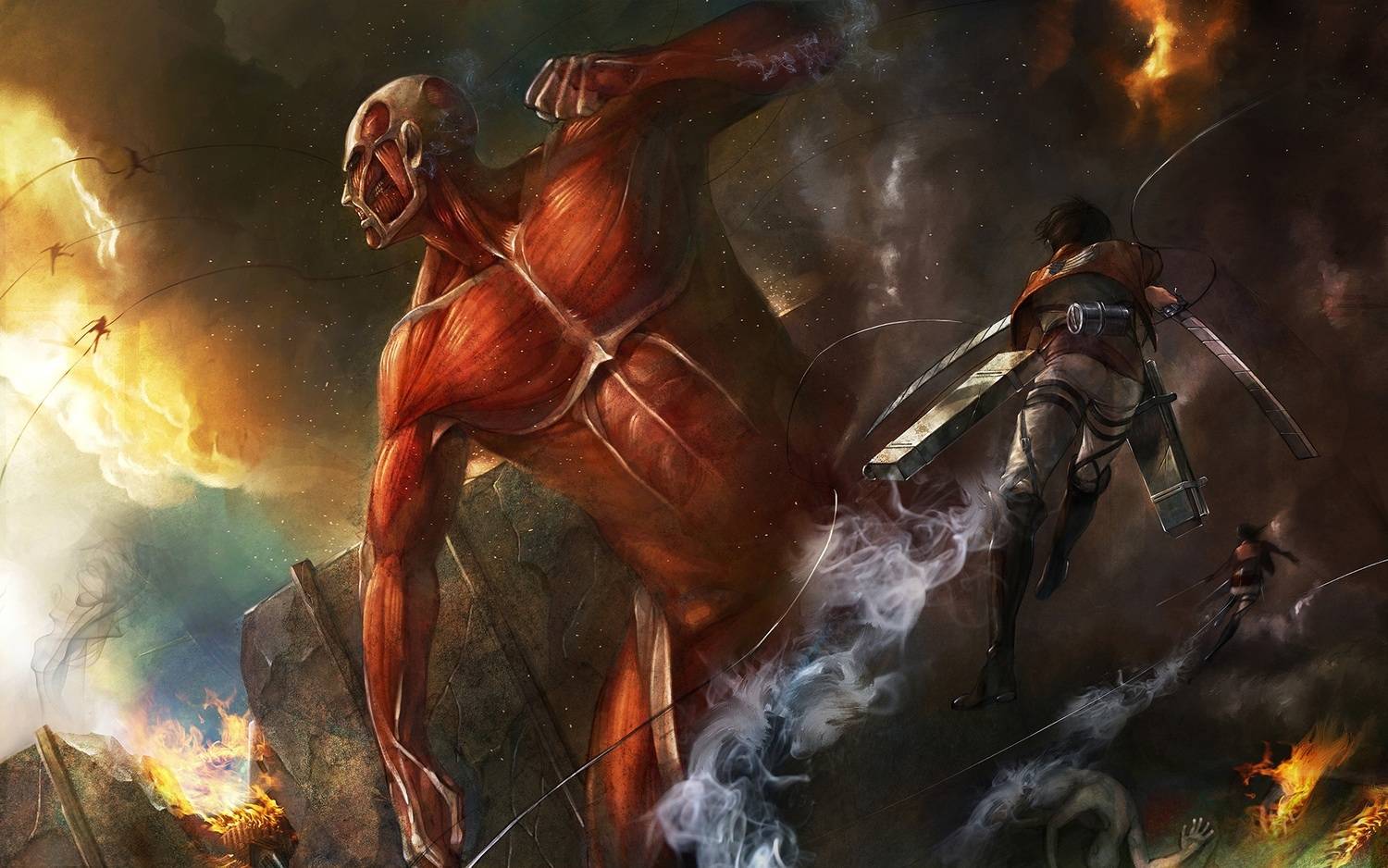 What made Attack on Titan so appealing to this particular horror fan? First, the ambiance: The series is dark and gloomy producing a chilling, almost haunted aesthetic. Second, the Titans: These giants are naked but sexless, with facial expressions and mannerisms that make them seem child-like; this creates an extreme juxtaposition between their appearance and their cannibalistic motivations. Third, the gore: Attack on Titan has a ton of it—extremely realistic portrayals of humans being eaten alive. And finally, deeply nuanced themes: The residents of the walled community felt safe for a century, but when the Titans invaded, they realized they had, in fact, trapped themselves in a cage.

Attack on Titan touches on the right combination of primitive, primal fears to create palpable sensations of suspense, claustrophobia, and dread. As for edge-of-your-seat action and excitement, Attack on Titan will blow your hair back!

Earlier this year, fans learned that a live-action movie remake of Attack on Titan was in the works overseas; directed by Shinji Higuchi (The Floating Castle) and written by Hajime Isayama and Yusuke Watanabe. While this news was accompanied by a trailer (which looked fantastic, by the way) it was in Japanese, without any subtitles.

On Wednesday, an English-subtitled version of the Attack on Titan trailer was finally released, so I’m excited to share it with all of you! I think you’ll agree that the sheer scale of this film is as massive as it is incredible. 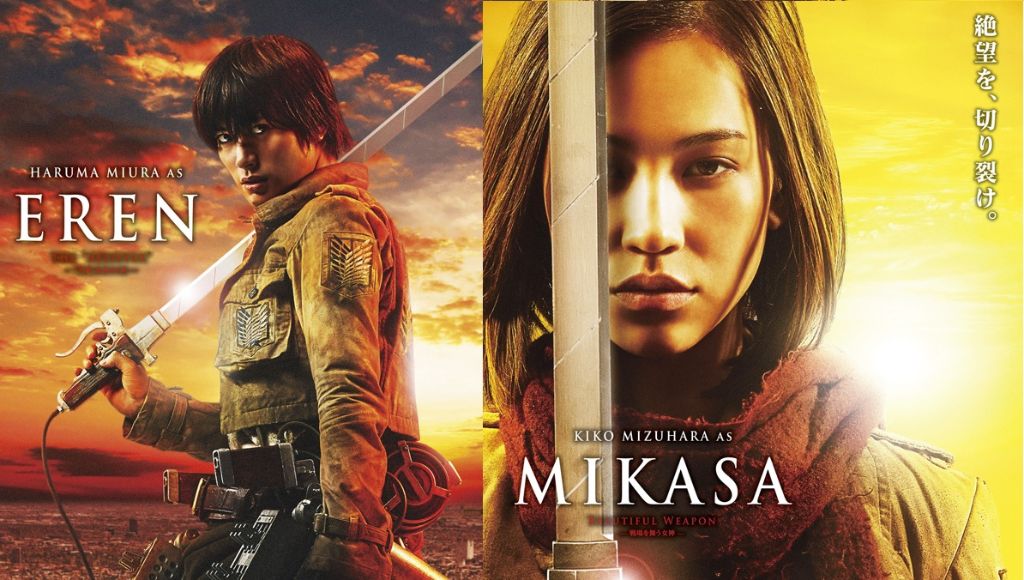 I have no problem admitting that the trailer makes me as giddy as a schoolgirl; it sends chills down my spine!

Still no word on an American release date, but we’ll update you as soon as one is announced. Those interested in delving into the Attack on Titan anime series (which I highly recommend), you can buy Volumes 1 & 2 on Amazon: HERE.

What do you think about the trailer for Attack on Titan? Are you a fan of the anime series? Sound off in the Comments section! 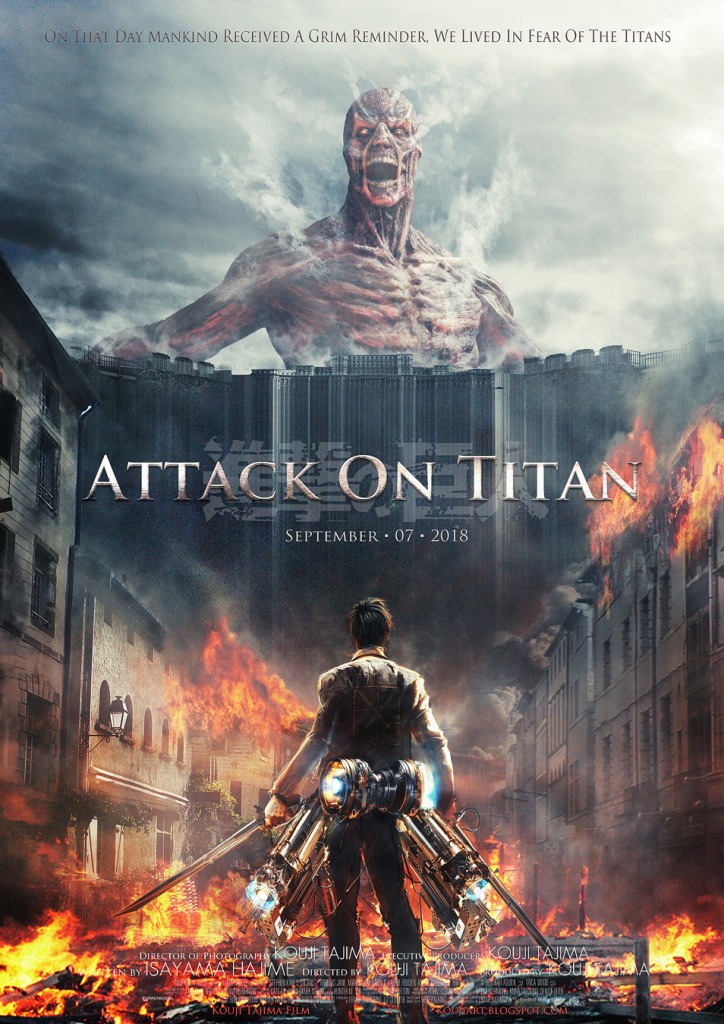