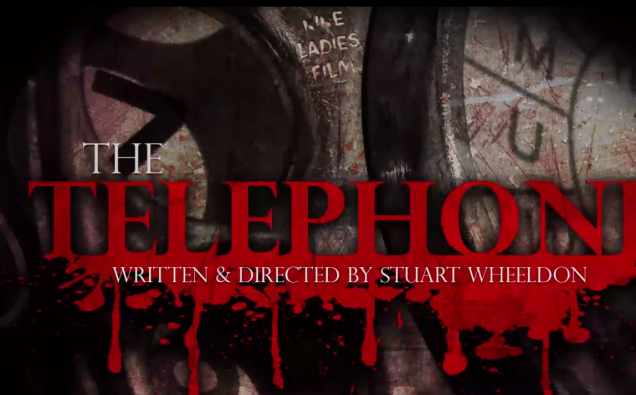 The Telephone is an upcoming psychological horror film set to be released June of 2016. The film is the second short film in a trilogy of films created by Nine Ladies Film, based out of Wirksworth, Derbyshire.

The cast features some big names including Nigel Barber, Bern Deegan and Rachel Prince in the role of Jane. The Telephone is both written and directed by Stuart Wheeldon and the director of Photography is award-winning George Peck. The score of the film will be composed by Jordan Frater.

“When Richard arrives in a small town, following the receipt of a
letter and glassfish sent to his newspaper office, he is unaware of
what he is about to become embroiled in. Intrigued by the story of a
mysterious disappearance of a young woman Jane. Richard takes a room
in the pub, the last place Jane was known to be alive. Awakened one
night by an old telephone that seems to ring endlessly and then a
chance encounter with the spectral image of a young woman, Richard
decides to question the owner. Max an abstract artist denies ever
seeing or putting up the woman in question. Richard is told ‘The
Telephone’ must be in his imagination. Richard’s instincts tell
him there is more to the story. Is the ghostly figure seen late at
night, that of Jane? Could the telephone ringing truly just be in his
head? If you heard the ringing, would you be prepared to answer what
lies at the end of the phone?”