Take a ride back to the 60’s with the newly release trailer for OUIJA: Origins Of Evil. Which is a prequel to the 2014 film hit Ouija starring Olivia... 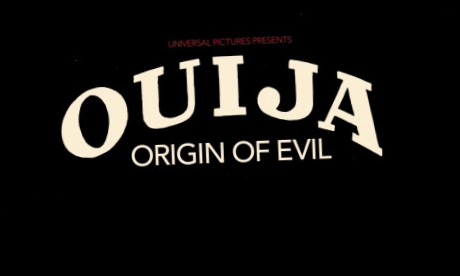 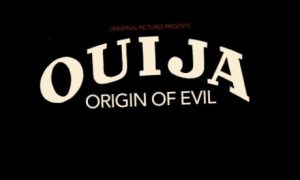 Take a ride back to the 60’s with the newly release trailer for OUIJA: Origins Of Evil. Which is a prequel to the 2014 film hit Ouija starring Olivia Cooke, Shelley Hennig, Daren Kagasoff, Bianca Santos, Ana Coto and Douglas Smith.

Set in L.A, 1965 the prequel follows the life of a widowed women and her two daughters scamming people into believing they’re performing seances. The family unknowingly during the scams invites an authentic evil into their home and have to fight to rid themselves of it. OUIJA: Origins Of Evil will star Annalise Basso (Oculus, Bedtime Stories), Henry Thomas (E.T), Elizabeth Reaser (Twilight), Alexis G. Zall (Practice Makes Perfect), Parker Mack (The Darkness), Katie Siegal (HUSH) and Doug Jones (Hocus Pocus, Crimsom Peak, Hellboy). And will be directed by and co-written by Mike Flanangan (HUSH) whom co-writes the script with Jeff Howard (Oculus). Look for it in theaters this October on the 21st.

The 2014 film followed the lives of a group of teens struggling to gain peace after their friend Debbie’s sudden death after using the OUIJA board. The teens then use the OUIJA board to contact their deceased friend to gain closure. In doing so, instead of contacting Debbie the teens come in contact with a tormented spirit dubbed DZ. As the teens discover Debbie was never talking with them, they discover using the OUIJA opened a door that will not remain closed. 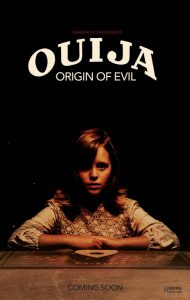