“Something is watching us from the woods.” 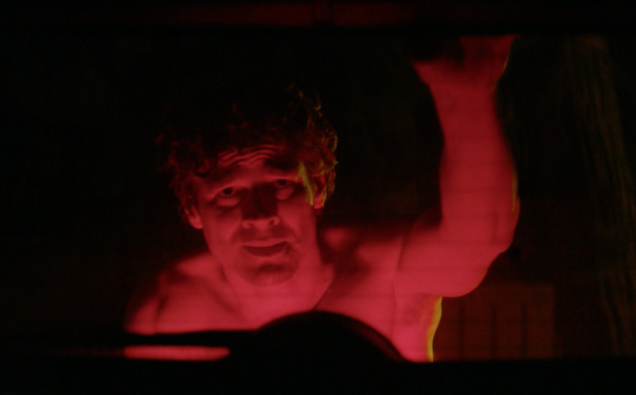 Here at The Blood-Shed you know we love horror and especially Indie projects, so it’s always great to see terrific filmmaking at every level and budget.  I was recently contacted by producer Darius Frye to watch his horror short TRUST ME. With no other information other than the synopsis, I got the screener and sat down to watch it. Right off the bat, the film had a feature-length feel and I was so surprised when it was over because I was quickly taken in by the story and found myself wanting more. 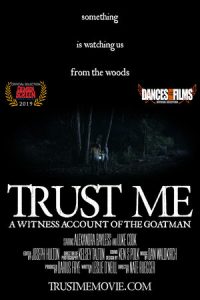 Synopsis: Trust Me is about a woman who goes to the woods with her boyfriend who has promised a romantic surprise. Unfortunately, they find something far more sinister: the legend of The Goatman.

Honestly, when I heard “Goatman”, well it sounded silly, but this is absolutely not the case with this film. It is scary as hell!

I looked up Goatman on Reddit and found many different versions of the creepy urban legend. He could be a supernatural demon or a beast like Bigfoot. Or even a result of a scientist mixing goat DNA with his assistant’s – and we all can figure out how well that would have gone. There are many different versions of what he looks like too, but the fact that he has some portion of human shape is agreed. According to the legend, things have not gone well when he has run into humans and back in the late ‘50s and early ‘60s many hikers disappearances in Maryland were attributed to this smelly and disgusting creature. 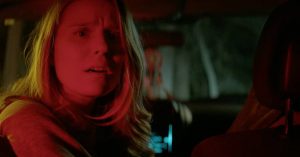 Trust Me is written by Leslie O’Neill and directed by Nate Ruegger. I love their take on the legend, and together they brought us a wonderful, scary and well-done film. The cinematography by Kelsey Talton was beautiful and mostly shot in near-darkness, yet I could see everything perfectly.

The stellar work from the two actors also helped to bring the film to life. Alexandra Bayless was the lead actress and in addition, did all the make-up. Lead actor Luke Cook and she had great chemistry and even though it was a short film, I believed them together. I see a lot of potential for everyone involved, in the future. The scary horror short is on the film festival circuit where I’m sure people are going to continue to love it!

To keep up with the film Trust Me, please visit the TRUSTMEMOVIE website here.