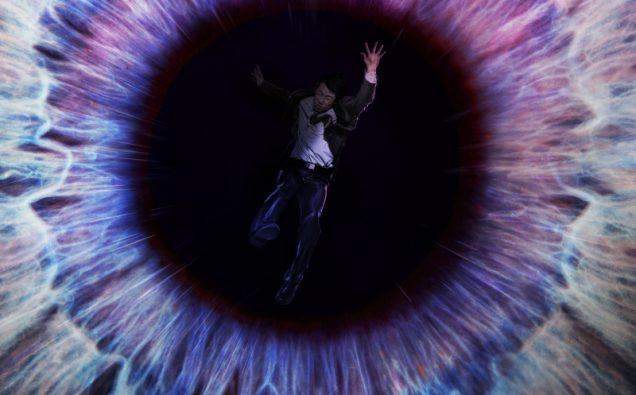 The CW has jumped into the horror anthology world with their new series Two Sentence Horror Stories. The TV show is an adaptation of the online fiction trend that has gone viral in the last few years. Starting with a Reddit user asking, “What is the best short horror story you can come up with, in two sentences?” Well, the rest is horror history.

Created by Vera Miao for The CW, and premiering this week on August 8th, Two Sentence Horror Stories consist of 20ish minute episodes, each of which is a separate cast and the story based on different two-sentence horror pieces.

Synopsis: TWO SENTENCE HORROR STORIES brings us contemporary tales of horror and haunting for the diverse and digital age. Inspired by the viral fan fiction of two sentence horror stories, this anthology series taps into universal primal fears, filtered through the anxieties of the most connected and racially diverse generation. Despite dizzying advancements in technology, inequality, social progress, and environmental degradation…the things that haunt us are still the same.

The one that comes up as the favorite on most Reddit sites is a version of… “This morning I found a picture on my phone of myself sleeping. I live alone.” The shivers that sends up one’s spine is considerable, and taking some of these quick stories and making them into short bite-size horror is the obvious next step.

I got a chance to see the first two episodes, Squirm and Gentleman and I was impressed. Both had a bit of a 90’s feel, even though they were obviously set in the present. The show will appeal to teens and adults and is more scary than gory. It allows new, and squeamish viewers to get a more PG13 genre experience than say an R-rated show like American Horror Story. 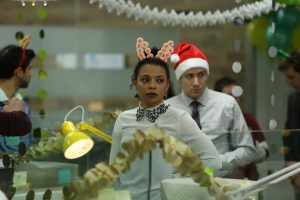 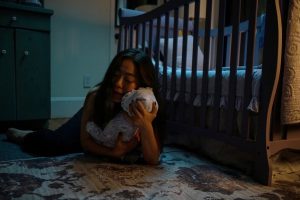 Genre anthologies are not a new thing. Shows like The Twilight Zone, Tales from the Crypt, Night Gallery and The Outer Limits are the reason I’m the horror lover you see before you. More recently we’ve had shows like Masters of Horror and Black Mirror to chill our black hearts. So, I love seeing new ones pop up now and then.

Executive produced by Vera Miao (Best Friends Forever), Emily Wiedemann (Creative Control) and Chazz Carfora (Stories from The Felt), and is from Stage 13 in association with Warner Bros. Two Sentence Horror Stories airs premiered on August 8th and will air Thursdays at 9 p.m. on The CW.