From Universal to the Chainsaw, 10 year old director Viva Tolar Has It All

It took two months after I wrote it to get it all ready which kind of sucked, it really sucked I recently got a chance to check out the directorial debut of young filmmaker, Viva Tolar. Tolar’s film, “Killer Kids”, is a blood-soaked homage to slasher films of the 70s and 80s.  The film follows the story of a serial killer on the loose that targets children. A group of kids suit up to take things into their own hands and go after the villain himself. 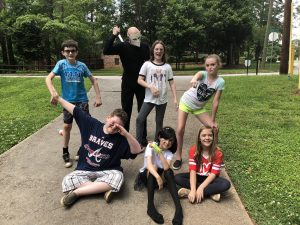 I got the opportunity to chat with Viva and ask her about her history in horror, filmmaking, acting, and special effects makeup.

BS Hello Viva! Thank you for taking the time to talk with us. First off can you tell me a bit about yourself? Your age, interests, etc?

VT My name’s Viva and I’m ten years old and I like cats. I love my cat Pumpkin and my cat Vincent. I love dogs too – my puppies Bela and Sid. And I really love music. My particular genre that I’m really into is pop music. 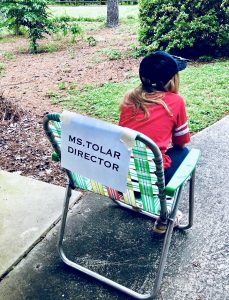 BS When did you first learn that you were interested in the horror world?

VT I was about four and I think that one day my mom showed me The Mummy. And I watched that movie every day for like four months. Then I started watching other Universal Monster movies which progressed into watching lots of horror movies from the least scariest to some things that they call the most terrifying. I like the reality TV show Hellevator and the show Escape the Night with Joey Graceffa.

BS Your directorial debut, Killer Kids, is a beautiful homage to the slasher films of the 70s and 80s. What films influenced you the most?

VT The movies that influenced me the most are slashers and so I really wanted to show that people getting back, like revenge films. I wanted it to look like an 80s slasher, like Texas chainsaw massacre and My Bloody Valentine. Another favorite film is Creature From the Black Lagoon.

BS What parts of directing were your favorite? Were there parts that you didn’t enjoy or found difficult?

VT My favorite part was working with everybody and getting to see how good my friends did. Difficult parts were at the end of the day when everybody was getting run down and we had to keep doing takes over and over to get things right. I hate editing! I don’t have the patience for it. It takes so much time and effort for it so I really give props to the people who do it for their daily job. 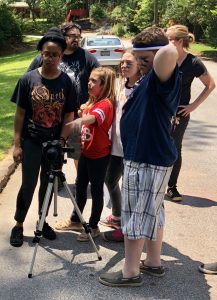 BS Your performance in , “Under the Bed” is remarkable. How would you compare directing to acting?

VT Directing is probably a harder job because you have to figure out what everything is and keep everyone on track. Acting is easier for me because you show up on that day and do what you are asked to do. I do prefer directing more than I do acting! 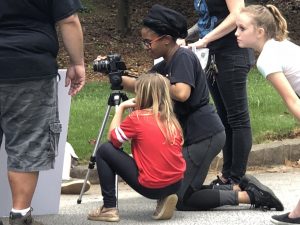 BS Your directing, acting, and special effects makeup skill are very impressive. Do you have any tips for anyone who wants to get started in the business but don’t know where to begin?

VT First, for makeup, you can work with whatever you have. Just use basic materials. And when you get better, you get to buying a little bit of materials at a time. I mostly learned from friends and the internet and you can take what you learn and experiment with it. If you don’t like it it’s okay. I’ve had a lot of times where I experimented and it went completely wrong but I learned from it.
If you want to direct you have to put a lot of effort into it and be sure that you finish your film. When I decided I wanted to make a film I just decided to do it. I sat down and wrote the script in like three days and made a plan and got my crew together. It took two months after I wrote it to get it all ready which kind of sucked, it really sucked – but then we shot it in one day. If you want people to help you with your movie, work for it. People will help you if you help them too and you finish your projects. People hate it when they work on your project and you don’t finish it.

BS Well thanks for chatting with us, Viva! We look forward to see what you do next. 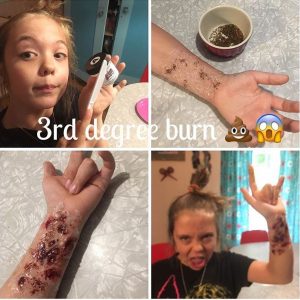