Loving the scares, but not loving the lines 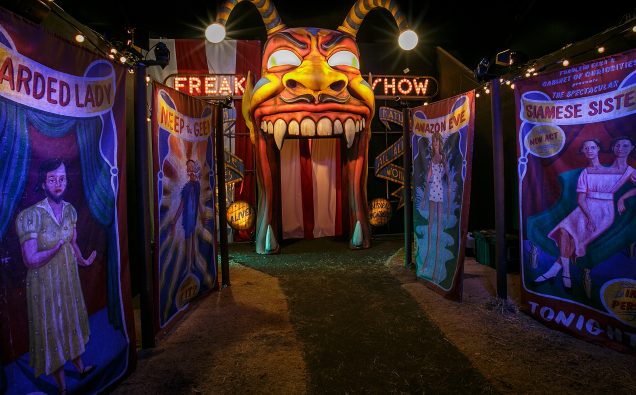 When the lineup for Universal Studios Hollywood’s Halloween Horror Nights was announced- everyone was super excited. We basically get the best of every classic horror icon out there. Offered as mazes are “American Horror Story”, “The Walking Dead”, “The Exorcist”, “Halloween”, “Freddie vs Jason”, “Texas Chainsaw Massacre”, “Krampus” and an Eli Roth Hollywood Harry clown themed terror tram. That’s a lot of horror. Also in the mix is “The Purge” scare zones throughout the park. 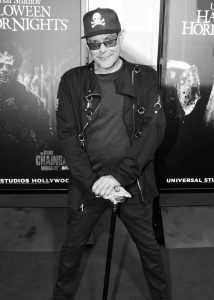 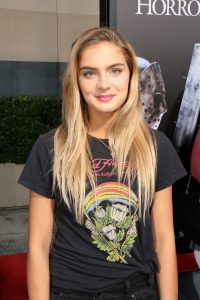 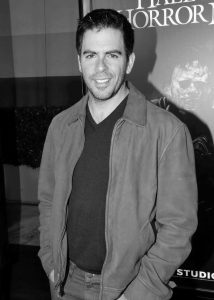 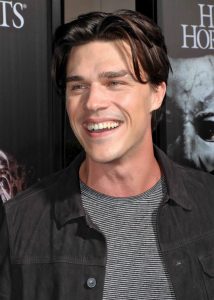 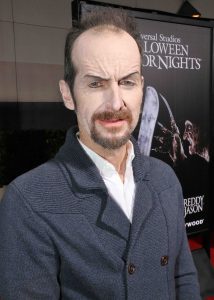 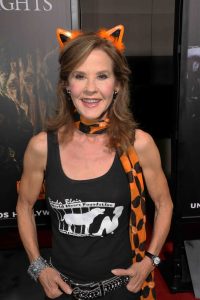 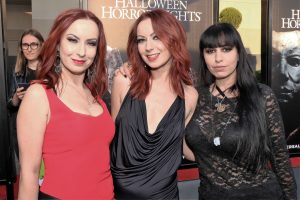 I was there for the red carpet sold-out opening night. The festivities were great and star-filled. Having front of the line was awesome as media. But as we went through the park, I couldn’t help but feel bad for the people waiting in the crazy long lines. 140 minutes (that’s an almost 2 ½ hour wait) was the average for most of the mazes. How could that possibly be fun? Reading later on Yelp how people felt about that, I know it wasn’t great for a lot of folks. I had friends there that evening without front of the line, who got into 3 mazes all night! Not really a fair deal. I feel like Universal needs to either have faster lines or sell less tickets. $100 more to get front of the line?

Now don’t get me wrong, I love, love, love Universal. The attention to detail, the gory abandon, the creativity and beautiful sets in the mazes, all make me happy, in that creepy way that horror fans get. The scares are numerous and I see the effort made by the actors and on the amazing makeups. But I found this year to feel hurried and not as exciting as past visits. Maybe the giant crowds pushing in around me, that made me feel overwhelmed? Maybe the fact that some of the mazes were predictable because they were so very similar to last year? As much as I love my slashers, maybe it was time to move on to more new fresh mazes? 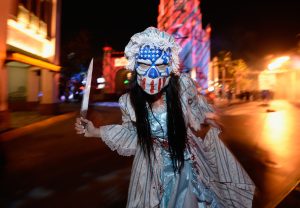 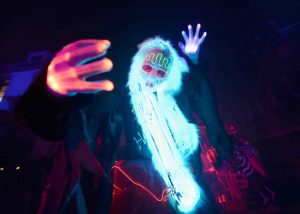 The Purge being everywhere was something I did like- although it didn’t really qualify as a maze since there were scare zones all over in both the upper and lower levels. I liked the message that there is nowhere to hide from The Purge, and the election year/all-american type makeup was pretty rad. Some of the stilt walkers bent down to do scares so low that I must surmise them to be quite double jointed. Many of them, big as they were, really caught me off-guard and scared me good. 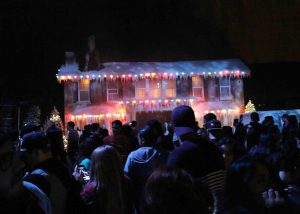 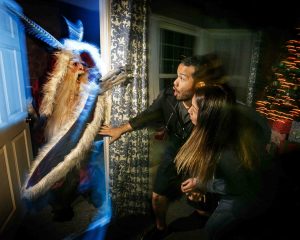 #1- Krampus was my absolute favorite! Even waiting in line was fun for this one because I wanted to look at all the details on the outside of the maze. If you haven’t gotten a chance to see the 2015 horror-comedy of the same name, you should put it on your Christmas list. The movie is a terrifyingly dark version of the legend about the fabled demon Krampus, that takes bad children to hell if they are naughty or don’t believe. The sets here were gorgeous. It was unique, I loved the snow filled house, and Krampus and The dark version of Saint Nicholas scared me at every turn! One favorite scene was the little girl getting eaten by a jack-in-the-box. The kitchen was the best though, with the sinister little gingerbread men, and it even smelled like gingerbread! 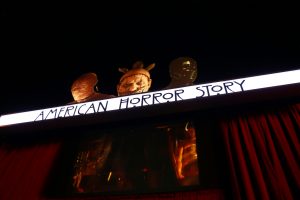 #2- American Horror Story was my next favorite. I love each season of this show on FX, and it was so cool to get some vignettes from episodes of Hotel, Murder House and Freak Show. I think everyone in my group agreed that the monstrous creature crawling out of the bed from the Hotel Cortez was the one of the best scares of the night! 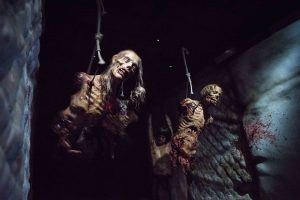 #3- The Walking Dead permanent attraction has been a favorite of mine since its inception. I love the AMC hit show The Walking Dead and I think Universal has done a terrific job bringing scenes to life from our favorite TV show. I loved the bicycle girl, the cabin on fire and the prison areas the best. This attraction will be here all year long- so if you go this Halloween and don’t have front of the line- wait and save this attraction to see with Harry Potter’s Wizarding World another day. With that said- I wish somehow the Wizarding World could have been open. It was disappointing to find out it closes at dark. Hands down the best area of Universal and it was closed for normal Halloween Horror Nights hours. 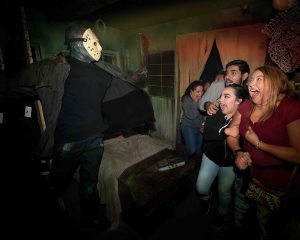 #4- Freddy vs Jason was done really well. There were a few areas where it was hard to tell what was going on- but since I’ve seen all the movies from both franchises and Freddie vs Jason too, I got what was going on. I also like the double scares. If one character was scaring you from one direction the other one would be right behind you. I got jump scared the most on this attraction! 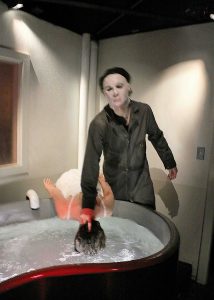 #5- Halloween: Hell comes to Haddonfield was pretty awesome. I think the scenes were really well acted and I felt like I was right inside the movie. Going through the closet with the dead guy hanging there was terrifying. This should be the last year for Halloween– but I think they did it really well. 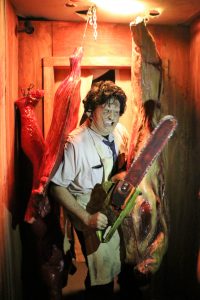 #6- The Texas Chainsaw Massacre: Blood Brothers was gory and great as usual. Chop Top and Leatherface bring us both the blood and jump scares we expect! Here is the only place I feel Universal should have chainsaws; it’s in the title! The furniture and costumes made from skin, the feeling like you are a victim trapped inside the house, pushing through the meat and human flesh, all made it a truly gruesome maze. Again- maybe it’s time to retire this maze too- but I still liked it. 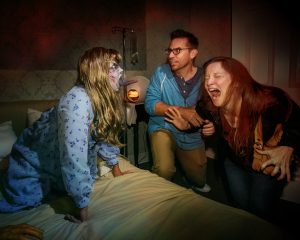 #7- The Exorcist is not a movie that ever scared me- so I guess I went in biased. Any place there were real actors, I loved the scenes, but the animatronics were a letdown. I was a bit unimpressed with the halls in between the different Reagan bedrooms. The same Reagan face and same demon face popped out at each turn. No surprise after the first one. The smells in each room were pretty gross- I guess they make a vomit smell for smoke machines. 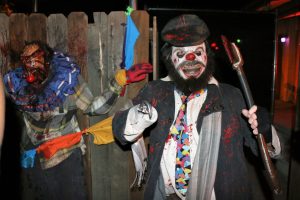 #8- The Terror Tram was my least favorite of the night. I was really looking forward to this part, designed by horror writer/director Eli Roth. The Bates Motel area was bloody and crazy and seemed like a good start, after the story we saw playing on the TV screen in the tram. But with clown, after clown, after yet another clown with a chainsaw, I lost interest. I also wanted to do the photo at the Psycho house, but the staff seemed confused about that and sent us past it, and we weren’t able to get back to it. I did like all the clown clothes hung up so that it looked like clowns were living and wandering around in the airplane crash scene in the back lot, but that was about the best part of it.

I did not get time to see the Jabbawockeez Hip-Hop dance crew- I just plain ran out of time. But I hear that it is terrific and a show worth seeing.

I want Universal to keep bringing us these awesome tributes to famous horror movies and I want to be there to see each and every one! They have the budget, an amazing creative team and some of the best scare actors and makeup artists around. But I hope they listen to their guests and figure out a way to make the price affordable and still let folks have a chance to see everything, even if they aren’t a VIP.