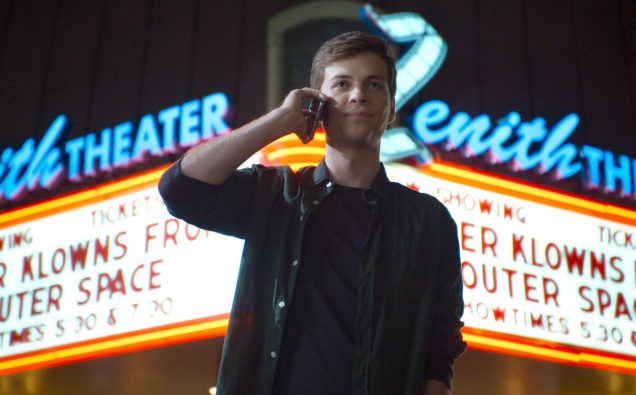 Emma has just saw her father again for the first time in years and informs her mother Maggie of the news. Maggie is shocked and tries to comfort her daughter. Audrey is nearly hysterical after discovering Jake’s mutilated body in Piper’s storage unit and receives a phone call from the killer. Terrified, Audrey takes off with the evidence of her relation to Piper.

Emma decides to give her father the time of the day but first asks Audrey for advice who is not very fond of her father. Emma becomes angry that Audrey won’t support her and decides to see her father again anyways. Emma meets up with her dad at her work, the local coffee shop, and it doesn’t go the greatest as he refuses to tell her why he left and didn’t come back for her when she needed him the most.

When Noah visits the storage unit with Audrey he discovers a security camera and much to Audrey’s dismay, takes it with him. Audrey freaks out and nearly hurts her friend when he tries to play the video. (Is it just me or does anyone else think Noah already knows Audrey was Piper’s accomplice?)

Emma’s father whom is staying at the local motel, receives a package when he is not there and the front desk attendant takes it to his room, only to be brutally murdered for reasons unknown.

Brooke is visited by an old flame, when Mr. Branson resurfaces in Lakewood. Brooke, still hung-up on Jake and still completely unaware of his murder, turns Mr. Branson down and seems disgusted with him.

Emma stops by her work for the schedule when one of her coworkers gives her a note from her dad saying he’s ready to give her answers and he’ll be at the motel. As Emma heads to the motel, Audrey receives a terrifying call from the killer and then a video call showing Emma looking around her father’s hotel room taken by the killer hiding in the bathroom. Afraid for her friend, Audrey anonymously dials 911 and speeds to the motel.

When Emma doesn’t find her father in the room, she heads back to her car when she sees her father next door engaged in a bar fight. Frantic for her father she tries to break it up and realizes he hasn’t changed. Her dad informs her he never wrote the note and checked out of the motel already. Audrey then pulls up followed by the police whom then proceed to arrest her father for the drunken brawl. Emma is hurt that her father seems like a scumbag still and tells Audrey she was right.

Overall, it was a rather enjoyable episode with some nice gore and some suspenseful moments. As to who the killer is, I really have no idea since there are way too many contenders. But I do think Noah is one of the people messing with Audrey because he seems to always conveniently be offscreen whenever she receives something from the killer.

Check back next week for episode 4’s recap and review!