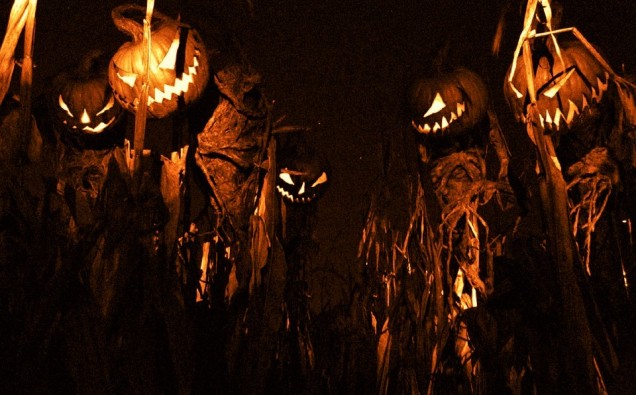 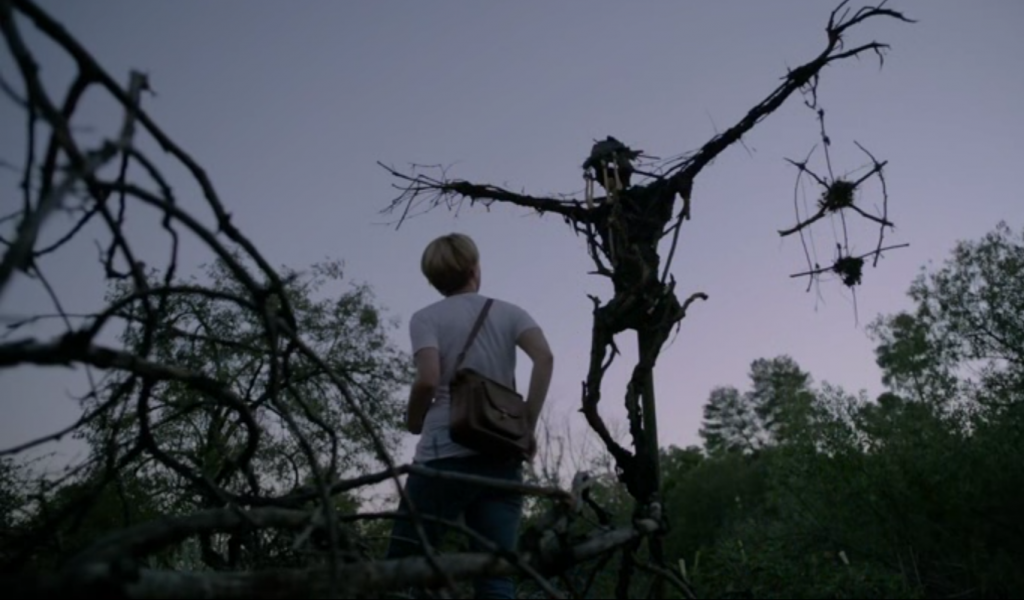 The following is an excerpt form a rare interview (Pumpkinrot is notoriously media-shy) conducted by Lori Rotenberk in Modern Farmer for their Summer 2014 issue.

Rot insisted on email-only communication and never revealed his real name, saying only that he’s in his early 40s.  His darkly beautiful works became legend. Rot built a website and is now followed by scarecrow enthusiasts worldwide.

Pumpkinrot: “I was drawn to scarecrows upon seeing them as a child when my parents took me on long drives through rural Pennsylvania. I remember being very curious about farms and wondering what it might be like to live that different life.  It seemed very isolated to me. And we’d always see crude scarecrows.  It’s a lonesome post, standing in the fields for days and months as weather and the elements slowly turn the scarecrow to rotting, disintegrating tatters.”

Every year, Pumpkinrot builds a legendary haunt around his home in Pennsylvania.  Since his fans don’t know who his is or where he lives, it’s only enjoyed first-hand by the artist’s most immediate friends and neighbors.  Luckily, Rot records his annual haunts for posterity, and the documentation of his most recent extravaganza was just released yesterday.

This year’s them was “Halloween at High Noon” and the video includes a spooky and intense soundtrack courtesy of Luna Veil.  Turn out the lights, plug in your ear-buds, and prepare to be amazed!

You can read my entire expose about Pumpkinrot: HERE.

Are you familiar with the anonymous outsider artist known only as Pumpkinrot?  What do you think of his latest haunt?  Sound off in the Comments section.