Visit the Comic Book Store from Glass and Unbreakable

If you're in Philadelphia, give it a visit. 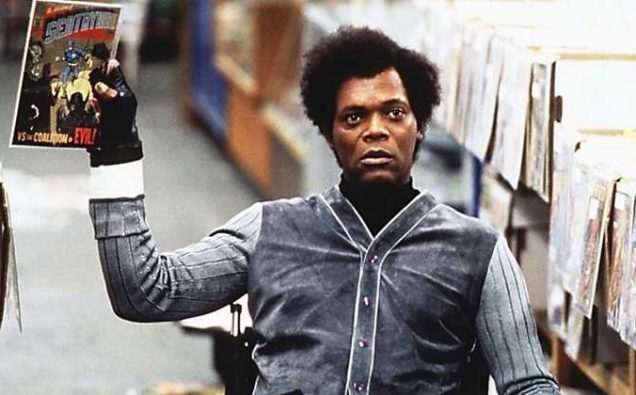 Comic books, do you read them?

How many times do you get a chance to visit somewhere where one of your favorite movies was filmed? Well, if you find yourself in Philadelphia and are a fan of M. Night Shyamalan’s Unbreakable or Glass, you’ll get that chance. Scenes from both films were shot at Ontario St. Comics, located at 2235 E. Ontario St.

First, from Unbreakable, who could forget this scene featuring Samuel L. Jackson: Second, from Glass, is a scene featuring Sarah Paulson:

Now who reading this hasn’t tried to visit a place where a movie was filmed, even if it’s just to snap a quick picture. In the new age of social media, those pictures plus some hashtags and your likes can be through the roof. Some filming locations are on private property, so taking a picture there is against the law (and I would not advise it). Some places are open to the public, but even though they are open to the public, not all are very accommodating to film fans. Ontario St. Comics is the complete opposite. In fact they welcome you coming in and taking pictures.

They currently have a wheelchair in the store that you can sit in, holding up the exact Sentryman comic held up by Samuel L Jackson, recreating the scene from Unbreakable.

Once you’re done there, head to the “Sarah Paulson spot” to recreate a scene from Glass. (This shot can be a little more tricky).

The best part of all this? The pictures are absolutely free. You hardly ever get anything for free anymore. I mean they actually went out and secured a wheelchair so that fans could come in and take pictures in, how many businesses would do that and then not charge you for taking pictures? Although I would suggest purchasing something in the store as a thank you. Trust me, the store is huge, and you will find something in there you will want.

You can check out Ontario St. Comics Facebook page here.