Volumes of Blood: Awesome contents in a wrapper that leaves a bit to be desired 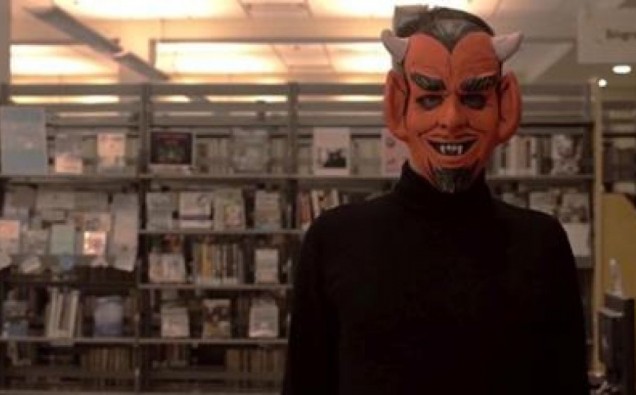 You know, there really aren’t enough good anthology films out there these days. Everyone knows Creepshow, Tale from the Darkside, Deadtime Stories, etc. But what do we have in the last few years? Trick R’ Treat? Yeah, it was awesome and I can’t wait for the sequel, but come on, we need more. Well, Volumes of Blood makes a valiant effort and knocks it out of the ballpark where it counts.

All of the vignettes in Volumes of Blood share the same theme: they take place in a library. The wrapper story for the vignettes is that this group of students, meeting in the library, is trying to figure out a new urban legend to perpetuate around the campus. They each come up with one. A story about an new energy drink that packs a punch. A ghost story that packed with chills. A monster story with a twist. And a story of a lost love come back to haunt the one who betrayed him. All of these are very well made. The production values are incredible and I was consistently surprised by the stylish camera angles. The acting ranges from adequate to superb based on character and which vignette, but never is a problem. This is an anthology film that nails it where it matters: the short stories themselves.

But the wrapper story… That takes away from it for me because after the 4 short stories there is a sharp turn out of the blue and things kind of just go out into left field for the last 20 minutes with this slasher twist that kinda of just comes out of no where for the most part and disappears just as abruptly, leaving room for one more unrelated event that just seems odd as a followup. I don’t know, I just wasn’t feeling it. If this part wasn’t such a large percentage of the run time of the film (about 20 minutes of the 100 minute run time), I wouldn’t mind nearly so much. I just kind of feel like I could have turned off the movie 15 minutes earlier after the post-vignette twist in the wrapper story and actually felt more satisfied with the conclusion.

Overall, if you want to watch some really well made and creative short films that threat along nicely on a common theme, this is definitely a movie you’ll want to see. But, well, maybe see what you think of the wrapper story and get back to me with your thoughts.