How voodoo frightens and fascinates us in film, TV and gaming

Voodoo is a fascinating genre that most of us just can’t help find intriguing. Why this is the case is open for debate, but I think the reason it... 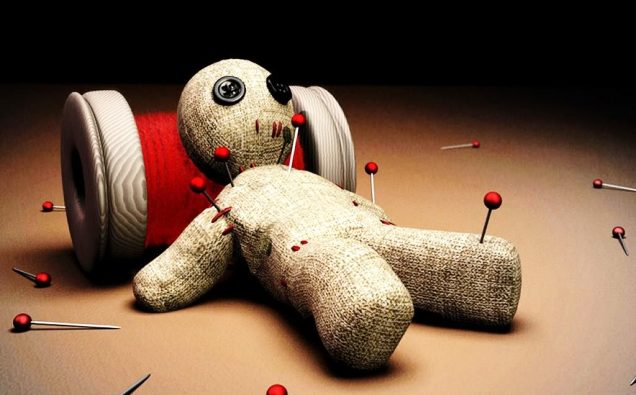 Voodoo is a fascinating genre that most of us just can’t help find intriguing. Why this is the case is open for debate, but I think the reason it stands out above other kinds of supernatural fiction is the fact that it’s a real life religion for tens of millions of people in West Africa, the Caribbean and the Americas. Whatever the reason for our fascination with voodoo, there can be no denying its impact on popular culture. From films to TV shows to gaming, voodoo is a theme that never dies. And if it does die, it just keeps getting reanimated. Here is our pick of the best of voodoo in popular culture.

White Zombie (1932) and the Bond caper Live And Let Die (1973) dabbled in the voodoo world of dolls, reanimated corpses and tarot cards, and Mr Katanga laughing like a maniac on a train certainly frightened the life out of me as a kid. But the modern taste for voodoo on the big screen was kick-started by Alan Parker’s Angel Heart in 1987. This neo-noir stars Mickey Rourke as a private investigator sent down to New Orleans in the service of a mysterious client played with brooding menace by Robert de Niro. It’s a truly dark, weird movie with a twist ending that I won’t spoil. This seems to have inspired horror guru Wes Craven to direct an adaptation of the novel The Serpent and the Rainbow in 1988. The film features voodoo torture scenes which won’t make you want to visit Haiti any time soon, and is a gripping ride.

This year has already seen voodoo make a big step forward in its treatment on the small screen, with Tom Hardy’s love-it-or-hate-it Taboo (BBC One and FX). Season 1 told the tale of James Delaney returning home to 1814 London from a prolonged spell in West Africa, where he learned the voodoo arts well enough to successfully use ritualistic magic for darker and even more sinister purposes than anything depicted on the silver screen.

Another big budget TV offering that touched heavily on the subject of voodoo was 2013’s American Horror Story: Coven, which explored witchcraft in modern-day New Orleans. The show’s meshing of fiction with real-life historical characters made for some gripping drama, and is worth watching just for Angela Bassett’s excellent portrayal of famous voodoo priestess Marie Laveau.

The world of video games has always found voodoo a good trope to build an exciting experience around, starting with 1979’s Voodoo castle by Scott Adams. I remember rushing home from school to play this one on my Atari console. Things took a step up in terms of graphics and gameplay with 2003’s Voodoo Vince, which was sadly only released on the Xbox platform. Even online casino games have started exploring the voodoo theme. The appropriately-named provider Voodoo Dreams now offers an entire gameography based on the genre, even incorporating voodoo elements in their core game mechanics, allowing players to earn bonuses by experimenting with spells.

Voodoo has been a mainstay of film, TV and gaming for decades, and the fascination it holds doesn’t seem to have lessened over time. We look forward to a bit more of an in-depth exploration of this intriguing subject and hopefully Tom Hardy’s Taboo will inspire future writers and directors to take another look at the genre.

What is your favourite voodoo-themed film, show or game? Tell us below in the comments.