Are you more of a slasher fan, or would you prefer a paranormal thriller?  Do you like blood and guts, or do the twists and turns of psychological horror... 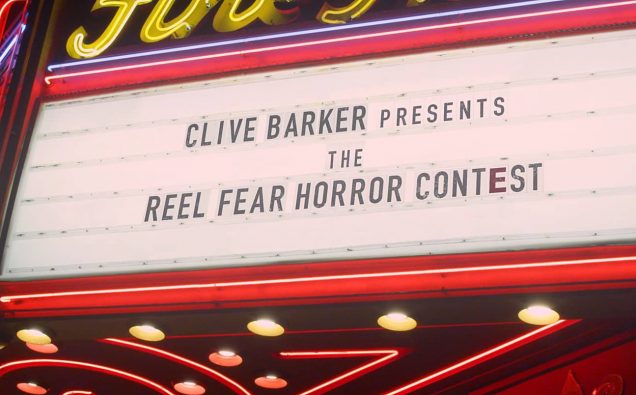 Are you more of a slasher fan, or would you prefer a paranormal thriller?  Do you like blood and guts, or do the twists and turns of psychological horror keep you on the edge of the seat?  Well, now’s the chance for you and genre fans everywhere to greenlight your next favorite horror flick. Concepts for films with names like “The Lure”, “Black Eyed Kids” and “Before She Dies” sound amazing, and you get a chance to be part of this cool contest.

Public voting for the “Clive Barker Presents: Reel Fear Horror Contest” from Project Greenlight Digital Studios and Shudder is open until April 25th! We’d love to get the word out so as many people as possible have the chance to weigh in on what film they want to see most.

Filmmakers have submitted one-to-three minute pitches for their original horror film concepts on projectgreenlight.com.  Ten semi-finalists have been selected, and through April 25, the public can vote on their favorite concept.

The audience winner automatically moves on to the next round, where five finalists will each receive funding to direct a short scene representative of their abilities. In June, those finalists will also be granted a spot in the second annual Shudder Labs, Shudder’s creative retreat for developing genre filmmakers.  The contest’s winner will take home $300,000 to make the horror film of their dreams, with Clive Barker (Hellraiser) as his or her mentor.

Barker said of the partnership: “When I was looking for financing while making Hellraiser, I wish there was a company like Project Greenlight Digital Studios behind me. Teaming up with Adaptive Studios and Shudder is a wonderful opportunity to support emerging filmmakers in creating something truly iconic. This is a great chance to scare and entertain audiences at the same time.” 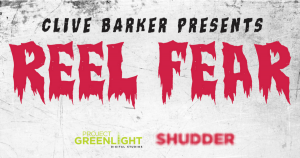 Project Greenlight Digital Studios (PGLDS), a digital content initiative from Adaptive Studios, and Shudder, AMC Networks-backed horror and thriller streaming video service, are joining forces to launch a video contest to support indie horror films. The two companies have also partnered with filmmaker Clive Barker (Hellraiser, Nightbreed, Lord of Illusions) who is known for his directing, writing, and producing credits in the horror genre. The contest will solicit pitches for original horror films, and the winner will receive $300,000 to make his or her feature film, as well as mentorship from Barker throughout production.

Shorts will be judged on originality, story, character, editing, directing, and commercial value. The final stage of the contest will consist of an interview with Barker and representatives from PGLDS and Shudder, where the five finalists will answer questions regarding crew, casting, creative execution, and more. One director or directing team will be selected to bring their film to life with a $300,000 budget. Barker will help shepherd the film through the development process as a mentor to the winning filmmaker.