Was The Conjuring 2 Set Haunted? 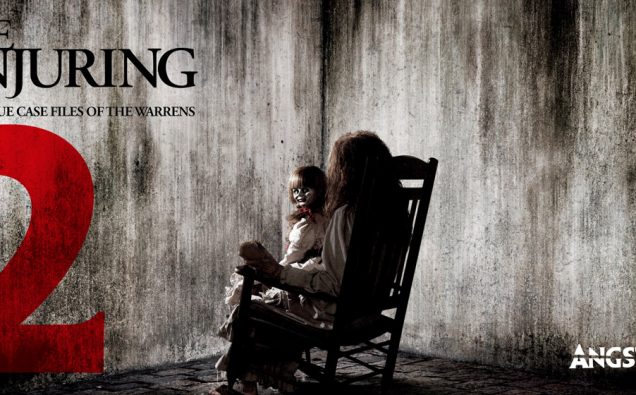 I don’t really believe in ghosts, ghouls, or creatures of the night, but The Conjuring 2 star Patrick Wilson might have a differing opinion. According to the Fargo actor, James Wans new film had a haunted set.

“It was a huge curtain that went from the floor to the ceiling, which was just sort of waving violently and there was no door open or no fan on; no nothing. One of the painters goes behind it and couldn’t figure out where the movement was coming from. It went on for like, a minute.”

Well there you have it folks; shaky curtains equal proof of the afterlife. Whatever the disturbance was it apparently warranted a little help from upstairs, as a priest was called in to bless the crew. Maybe I am wrong in this assumption, but I’d assume ghosts would have better ways to spend their death than fuck around with B-list celebrities. But hey, the worlds a weird and wild place. And even if he was the subject of a haunting, Wilson attest he aint afraid of no ghost.

“I’m fascinated by people’s stories of the paranormal but it doesn’t scare me,” he explains. “If spirits are out there I don’t think that they’re bad. I feel sorry for more of them, I guess. That’s curious to me.”