Watch The Magic Pumpkin: A Look Back At Halloween III: Season of the Witch

A.K.A That One Without Michael Myers 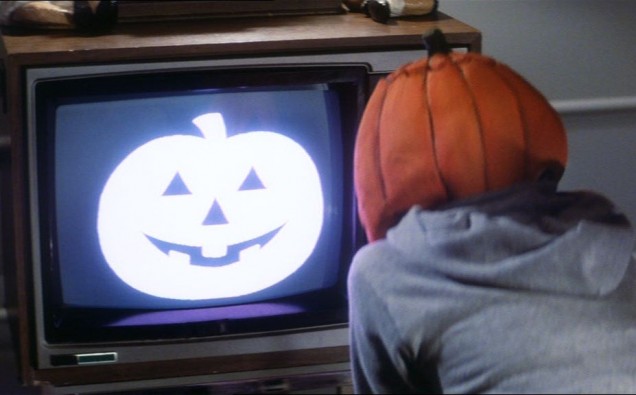 It’s a damn shame that Season of the Witch had the Halloween brand slapped on it; without old Mikey Myers people stayed away from the theaters, while critics tore the film a new asshole and shoved a pumpkin up it. Over and over again, people’s complaints are largely the same. “Where’s the guy in the William Shatner mask stabbing people? Why isn’t Jamie Lee Curtis in it? I want to see Dr. Loomis again dammit!”

Note how very few of these comments are on the quality Season of the Witch itself; the controversy arises from the studios decision to boot out Michael Myers in favor of androids, demon masks, and mass paedocide via head melting. In truth, asides from a similar (and awesome) electronic score, Halloween and Halloween III couldn’t be farther apart on the spectrum’s of horror.

Halloween is a masterpiece of suspense, one of the best films genre master John Carpenter ever made, and easily among the greatest horror movies of all time. Few films have ever equaled, and none have bettered, the pure evil of Myers and the agonizing dread he brings to what has become the seminal slasher film. Season of the Witch is none of these things, but that doesn’t mean it’s a bad movie. Famous critic Roger Ebert called it “a low-rent thriller from the first frame” and he’s not wrong. Where Halloween is a terrifying exercise in Hitchcockian filmmaking, exploring the scary side of the holiday, Season looks at October 31rst from a different angle; as a time of goofy, at times ridiculous fun.

And Halloween III is a stuffed movie, with an abundance of horror elements from every sub-genre smashed together. There are androids ripping off heads, magical lasers that blast children’s heads into a stew of venomous insects and snakes, cursed masks designed with fragments of the famous rocks at Stonehenge; its a unique fusion of technology and witchcraft which really shouldn’t work at all, but comes together with a surprising amount of cohesiveness. It’s a Frankenstein’s Monster of a horror film, but the stitching’s done well.

The evil toy company behind all the insanity is pretty spectacular in and of itself, mainly because their plan makes absolutely no sense. Why do they want to make a bunch of children’s heads explode? Why is the factory run by androids filled with orange pussy shit? How the hell does Silver Shamrock turn a profit when its business plan is to horribly murder all it’s customers? These questions and many more remain largely unanswered, but honestly I don’t really mind.

If the film took itself any more seriously its problems would be more severe, but Halloween III is such a goofy, dumbass, fun movie that I can’t help but be forgiving. It’s taken a long while, but the sequel without a Myers has gained something of a cult following over the years, and I think if it hadn’t had the title Halloween slapped in front of Season of the Witch, it would have gotten one quite a bit sooner.

Going down a brief detour into horror history, the original point of Season actually was to spin-off the Halloween franchise into something of an anthology, with each film being a separate tale with the common setting of October 31. And honestly, I kind of wish they had stuck with this idea, because most of the Halloween sequels really fucking suck. I might be one of the only people alive who liked Rob Zombie’s remake, but other than that and parts of Halloween 5 and 6, the franchise went to shit faster than you can say Hellraiser: Revelations.

Man, I would have loved to have seen what could have been done with different film ideas all under the Halloween moniker. It’s a really cool idea, and at the least would have saved us from the travesty that was H20. Alas the tepid critical response, and more importantly to the studio the films financial failure, buried that idea deeper than Michaels knife into Judith Myers throat.

Back to looking at Season of the Witch itself, this is far from a perfect film, but it is a damn fun one. Best enjoyed with a few beers (the evil company is Irish after all), a few friends, and lowered expectations and this a movie any horror fan can enjoy immensely.