We All Float Down Here: A Look Back at It

101 Reasons Not to Talk to Sewer Clowns 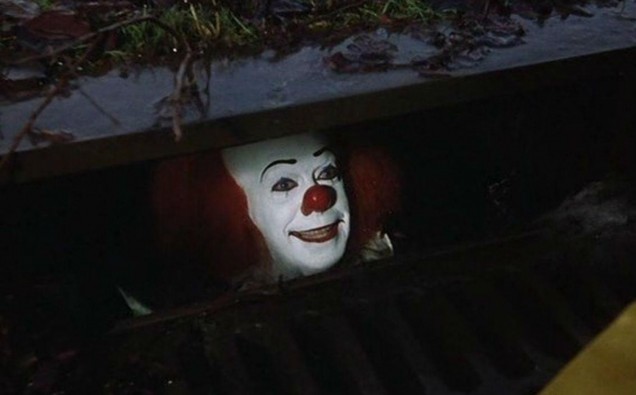 I always thought of It as The Dark Knight of horror movies, and not just because of the homicidal clowns. Well, kind of. The Dark Knight is, if were being honest here, not a perfect movie, not by a long shot. There are plot holes galore, a cast that varies wildly in talent, and of course, Christian Bale’s infamously ridiculous Batman voice. But The Dark Knight is still one of my favorite films ever, for just one reason. 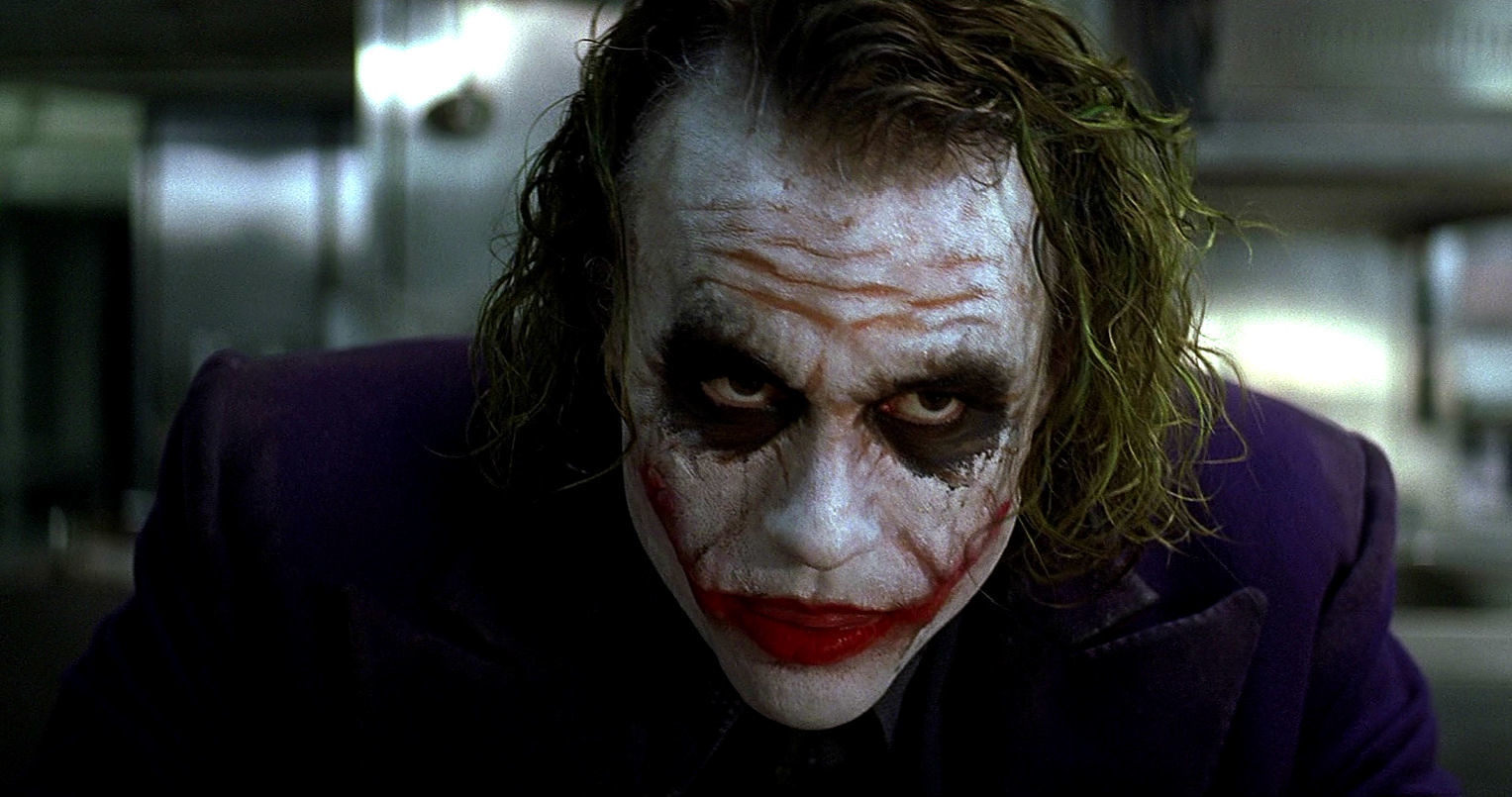 Lets put a smile on that face

As everyone whose seen the film knows (and honestly who the fuck hasn’t seen The Dark Knight at this point?), Joker steals the show, then slams a pencil through its eye. Heath Ledger’s Oscar winning portrayal of the Clown Prince of Crime single-handedly turned what was otherwise a pretty decent Batman flick into almost certainly the best Superhero film of all time.

Well, the big difference between The Dark Knight and It, is that the latter is not a good movie, not even a mediocre one. It’s absolute shit actually, and if you think otherwise, you probably need to go back and give it another watch. An avid Stephen King fan for years now, I’ve read the novel It twice now (no small task given it’s 1,000+ page length) and I can confidently tell you, this adaptation gets next to nothing right.

Perhaps this story was just to hard for the filmmakers to adapt, especially on network television. A decades long tale of a group of seven losers and their battle with the ultimate evil, “It” is a mammoth tomb, not exactly “War and Peace”, but a lot harder to film than say, the “Harry Potter” series. The films first half, featuring the Losers as children is actually pretty alright, albeit overly sanitized for television (one of the books most infamous scenes, featuring poor little Georgie getting his arm ripped from the socket, was controversially replaced with a bad wipe affect.)

Unfortunately when part two starts up the shit show really kicks into full blast, with some of the most idiotic, melodramatic scenes I’ve ever had the displeasure to see. Admittedly the novel “It” had a weaker second half as well, but what works in the written word often seems silly when on-screen. Hence a catatonic woman brought back to life from a bike ride, a decapitated head doing a stand up act, and the fakest giant spider this side of the Sci-Fi channel, while all kind of working in the book, look absolutely ludicrous in the finished film.

So why the hell is it that It seems to be so fondly remembered? When asking non-genre fans what movie scares them the most, rather than The Shining, The Exorcist, or any number of other horror movies, quite often the answer I get is It. Well, just like The Dark Knight, it can all be pinned down on one scary ass clown.

In the great pantheon of Stephen King villains, none have even come close to Pennywise. An immortal, shape shifting, omnipotent demon who feeds on the innocence of children, Penny is one of the most evil creatures ever invented. Preying on his victims deepest insecurities and worst fears, he’s a damn near perfect antagonist to the Losers, and one hell of a monster.

But beyond the obvious horror the white-faced madman brings (because holy fuck look at him), what makes Pennywise so great is that he’s a genuinely funny character. While characters like Freddy Krueger run the risk of playing off overly goofy, Penny can get away with being a little on the silly side because, well, he’s a clown. A supremely creepy one with teeth like a piranha maybe, but a morbid prankster at heart.

Despite being shown with near limitless power, Pennywise generally uses his godlike strength to just be kind of an asshole. If he wanted, Penny could transform into Godzilla and blow away the entire town; instead he calls people fat, makes fun of a kids stutter, and yells hurtful slurs at the only black family in town. For an all-powerful soul eating demon, Pennywise is pretty content just with being a dick. I can respect that.

As far as casting Penny goes, Tim Curry is just about flawless. Tim’s most famous role as Dr. Frank. N Furter, an alien transvestite from 1975’s The Rocky Horror Picture show, might not seem to have much in common with a killer clown, but the similarities are definitely there. While Frank is definitely played for laughs, there’s a definite level of horror to his character. And I’m not just talking about those leggings…. 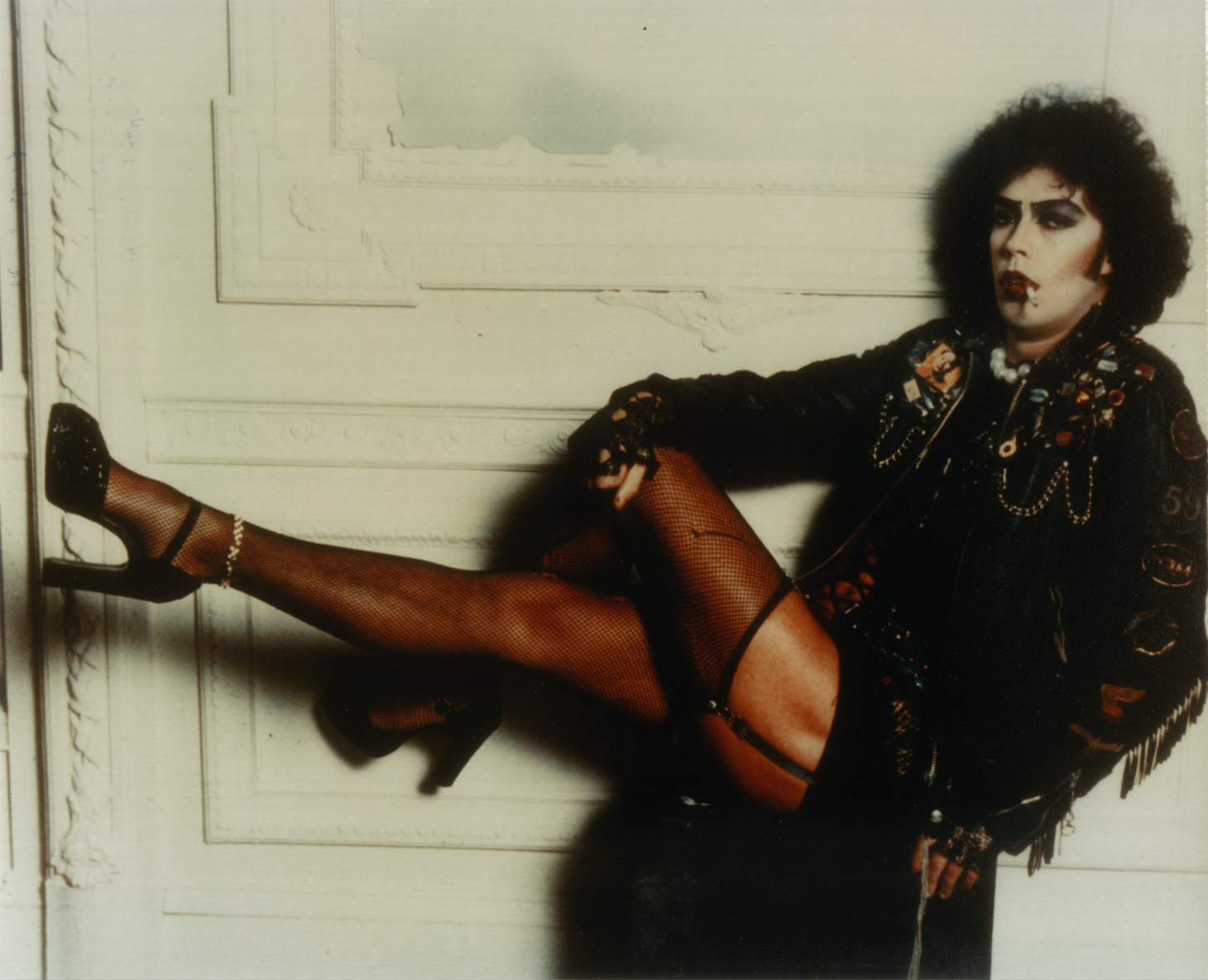 While Pennywise is the more blood thirsty of the two, Frank does murder and cannibalize a man over the course of Rocky Horror, and is prone to flying into terrifying rages. In both roles, Curry brings an outward level of light-hearted fun, but with an inner wormy darkness always squelching through; either way, Tim has cemented himself as one of the best character actors in horror.

But alas, despite the wonderful monstrosity that is Pennywise, It is still a pretty awful film. Even if It weren’t one of my favorite books of all time, this adaptation doesn’t even come close to cutting it. To be honest, an ABC TV movie was probably never going to cut it. But if nothing else, It is worth a watch for what will always be in my mind the perfect Pennywise, and the best evil clown in all of horror. Go ahead and read the book afterwards, it won’t kill you. And last but not least, remember kiddies…. 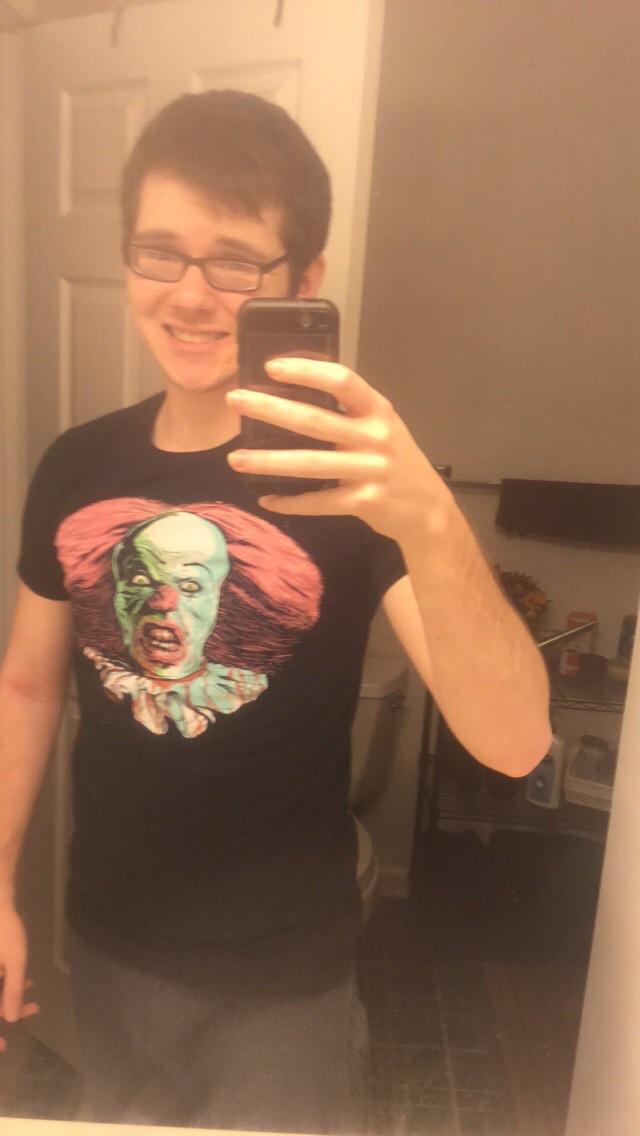 We All Float Down Here