A Sad Farewell to One of Horror's Legends 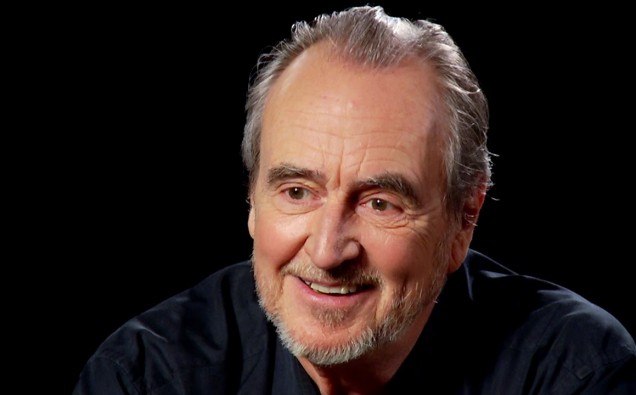 The Last House on the Left. Scream. The Serpent and the Rainbow. A Nightmare on Elm Street– all masterpieces by Wes Craven. Can it honestly be said that any one man had a bigger impact on horror? Hitchcock was primarily a director of thrillers, and while a case can certainly be made for John Carpenter, Dario Argento, Tobe Hooper, or any number of other talented directors, but for me Craven will always reign as king. Suffice to say, it is with great sadness that I heard of his death.

Craven passed away at the age of 76 on August 30, 2015 after a battle with brain cancer, leaving behind a wife, two children, and millions of devoted fans. But he also let behind a legacy that few will even come close to and a library of iconic films and characters.

While I have experienced the death of people I loved and respected, Wes was the first man I can really,say was a hero to me who has now passed on. At various points in my life where things weren’t going so well, I turned to movies for solace, most of the time horror films. And it was The Nightmare on Elm Street franchise that started me out.
Created by Wes in the early 80s after reading a news stories about a rash of grown men dying in their sleep, Nightmare, while maybe not the technically strongest film of his body of work, is by far the most iconic. Is there anyone out there who doesn’t know who Freddy Krueger is? The fedora, the sweater, the clawed glove, the complexion of a tanning salon owner; he is simply one of the biggest faces in horror.

Can I tell you why these often goofy and low budget 80s slasher films left such an impact on me? Honestly, I’m not sure. A lot of times things in life come down to coincidence; you just happen to get a job at Baskin Robbins because you walked by and saw a “for hire” sign, or you meet the woman you’ll eventually marry after her dog gets loose and chases you down the street. And while I’d always been fascinated with the macabre, it was just another coincidence that I picked up Nightmare when I did.
I was a 12 year old 6th grader, and my day was really beginning to suck. I won’t go into the gritty details, but suffice it to say, for a variety of reasons, things weren’t going super-hot. One great thing I did have was a Blockbuster video a few minutes’ drive from my house. My mom was out getting a pizza, and offered to swing me by while we were in town. Walking into the store with $10 to my name, I was lucky enough to find a box set with all eight original Freddy films and while I knew vaguely the Nightmare franchise (thanks Google!), I had never gotten around to watching it. And I figured, heck it was about time.

I finished all eight films in that Mountain Dew driven weekend. In the meager 12 years I’d lived on this Earth, never had I seen anything like it. The violence, the originality, the (for a young middle school student) terrifying Freddy Krueger; it was amazing. Later I would find out these gory, suspense romps were called “horror movies,” and a passion was born.
I started watching every horror movie I could get my hands on, starting with Wes Craven, but quickly moving on to just about everything else, stuff a 12-year-old probably shouldn’t have been watching in retrospect. I’m not going to say these movies saved my life, or cured me of all the problems I had going on (which in retrospect were tiny, but at the time seemed as big as Mount Everest), or anything so melodramatic as that. What I will say is that they gave me solace, a way to escape a life that at times felt like a prison.

Freddy Krueger never called me a skinny white boy (although that’s true), Jason Voorhees never said that I had no friends (at the time also true), and Ghostface never told me I’d amount to nothing (I like to think this one is false) Middle School is just awful, and kids aged 11-14 are maybe the cruelest people on Earth. But thanks to Wes I always had a way to get out.

And I think that’s why his death hurts so much. The wonderful man who made my life so much better, the one who inspired me to do what I love, is gone. But he is certainly not forgotten. His body of work will live on forever, bringing happiness to another generation of tweens who maybe need that little boost of self-confidence– something they can turn to when it all just seems hopeless. That’s what Wes did for me and I can never thank him enough for it. We’ll all miss you Craven. Thanks for the nightmares. 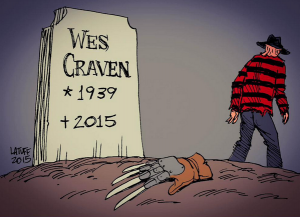