What horror movie did you hate the first time you saw it but loved the second time?

The first time I saw The Last Exorcism was when it was first released in theaters. I felt bored, tricked and unsatisfied when the movie was over. The film... 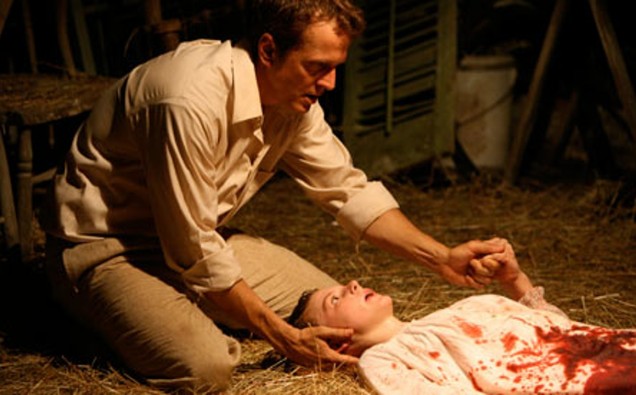 The first time I saw The Last Exorcism was when it was first released in theaters. I felt bored, tricked and unsatisfied when the movie was over. The film was mis-marketed to say the least and didn’t scare me nowhere near as much as I expected it to.

Flash-forward to a year or two later and I see it on sale at Blockbuster for a couple bucks at a store closing sale– so I figured, eh why not re-watch it? I decided to give the film a fair second chance one night by myself. I dimmed the lights and was sucked into the film right away. I don’t know if it was because I paid more attention the second time or was able to notice more but I thoroughly enjoyed it.

The Last Exorcism has a very unsettling atomosphere, set in the already creepy part of rural Louisiana, which definitely adds to the uneasy feel the film lets off. The story is unique at first with how it mocks real exorcisms and the lead character Cotton is very charismatic and likable. The ending gets me every time– the twist and last few minutes are the things nightmares are made of.

In any event, whats movies have you experienced this with? Could it be that when we see films in theaters there are so many distractions that certain parts are ruined? I think a majority of what happens is when films are marketed a certain way yet turn out completely different, it turns people immediately off when they first see it. Hence why most movies should be given a second chance.

Let us know in the comments below what horror movies you’ve had a love-hate relationship with!