When Animals Dream: A Danish Werewolf Film Ahead of the Pack

A different take on the coming of age werewolf metaphor 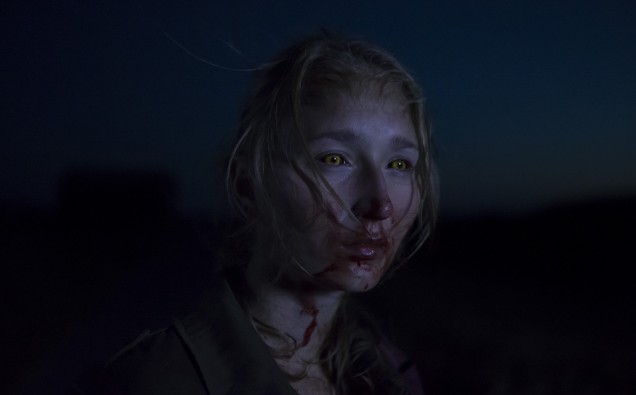 There really just are not enough decent, hell, even tolerable werewolf movies out there. It’s a damn shame, because werewolves are probably my favorite monster. The past year we saw Late Phases which was a welcome addition. And now, with what is probably the first film of the genre from Denmark (at least to my knowledge) we are being treated once more with When Animals Dream.

A definite slow burn film, it is a different take on the coming of age/werewolf metaphor that Ginger Snaps is famous for. The official synopsis reads:

16-year old Marie lives on a small island with her seriously ill mother and her father, who takes care of the family. But suddenly mysterious deaths happen and Marie can feel something strange happening to her body.

So, what we have here is a story-centric werewolf movie focusing on a family curse, coming of age, and a love interest angle. All in all, very well done. I think a good way of putting it would be if Ginger Snaps focused more on the humanity than the monstrosity of the curse of the werewolf.

As a story that focuses on characters, the film does a good job of making the viewer feel for the main character, Marie. She’s an average girl in a very unusual situation. Though the film is in its native Danish and this thereby makes vocal acting difficult to judge, I must say that, at the very least, Sonia Suhl shows amazing physical acting abilities that really help bring the character to life.

Now, that is not to say that the film is not without a few issues. Namely, I had some grievances with pacing. Some scene transitions were mildly jarring to me and some scenes, in and of themselves, seemed just… off slightly in tone.

Overall, however, this is a must watch for fans of the werewolf subgenre and foreign horror fans alike. An amazing first attempt from Denmark, hopefully not the last!

Be looking for the film in select theaters and On Demand on August 28th!