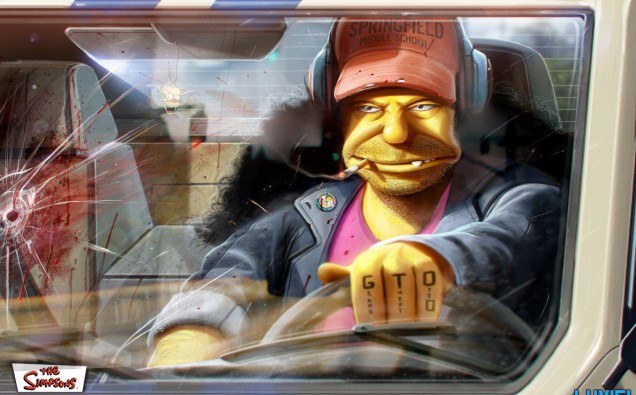 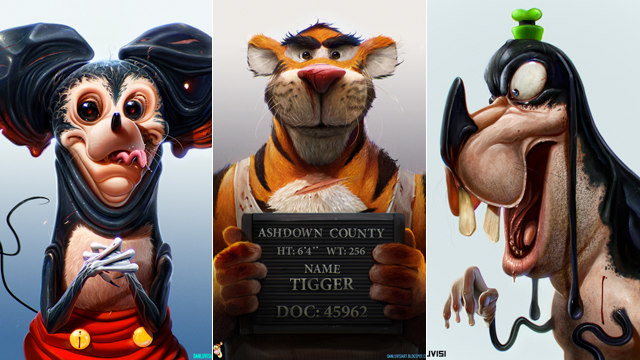 Giving childhood icons the horror-movie treatment is a recent trend that delights me to no end.  We recently showed you one artist’s R-Rated reimaginings of Scooby-Doo and Mystery Inc., as well as an irreverent series of mash-up’s that gave Disney Princesses terrifying alter-egos based on famous film villains.  Now, Santa Monica based artist Dan LuVisi wants to take things to the next level with some of the most bizarre and disturbing twists on children’s iconography ever produced; to that end, he’s preparing to unleash his macabre visions upon the mainstream with his illustrated book, Popped Culture.

Drawing inspiration from Star Wars movies and DC and Marvel Comics, LuVisis released his first graphic novel, LMS: Killbook of a Bounty Hunter, in 2008.  He became fascinated by the idea of manipulating benign cartoon and puppet characters into something altogether terrifying a couple years ago; thus, Popped Culture was born!  Targets include Simpsons characters, Muppets, cereal mascots, and (of course) the Disney regulars.

LuVisi’s is currently leading a Kickstarter campaign to raise funds to print and distribute Popped Culture; with 12 days left to contribute, the campaign is already a massive success, far exceeding expectations, which will allow LuVisi to increase the scope of his project significantly.  That means we can expect even more crazy, nerve-grating images in the final product! 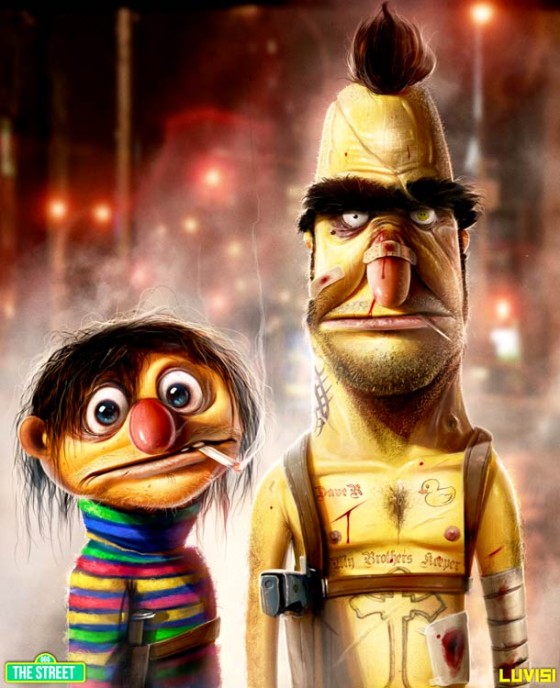 LuVisi explains that he’s always been a fan of pop culture, and his book is also meant as an examination of the way Hollywood inevitably corrupts its innocent stars.  But while it may contain some gritty subtext, the artist’s ultimate goal is less intangible: “I want to make something you can disgust your friends with!”

In addition to releasing Popped Culture in 2016, LuVisi has founded Section 9, a media company looking to support up and coming filmmakers.  More news on that front as details emerge.

What do you think of Dan LuVisi’s twisted manipulations of childhood icons?  Does Popped Culture sound like a book you’d like to have?  Sound off in the Comments section! 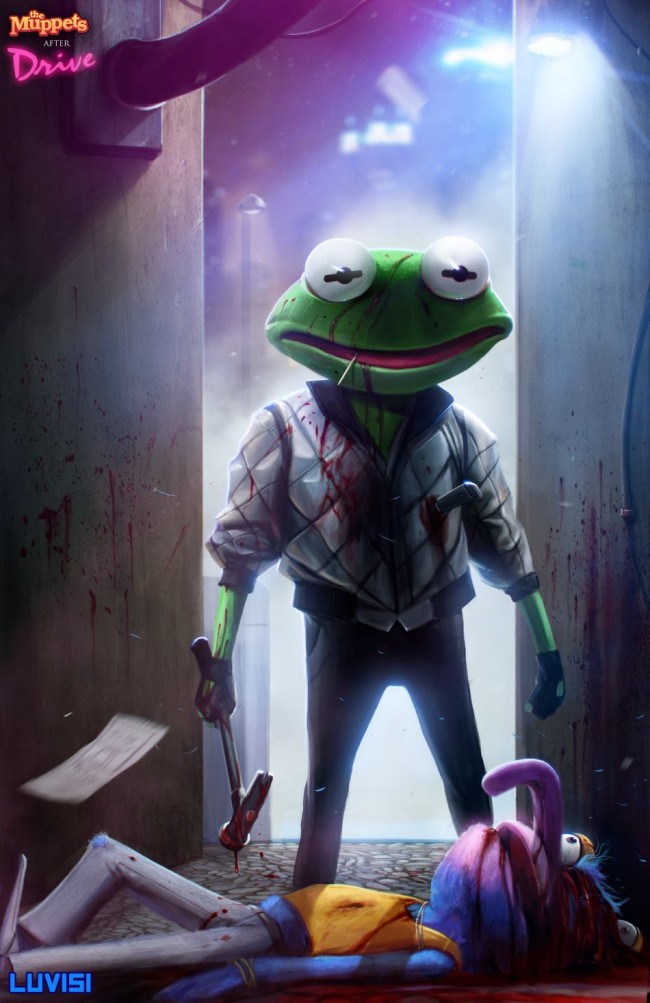