Who does piracy hurt? Kiah Roache-Turner, director of Wyrmwood, weighs in 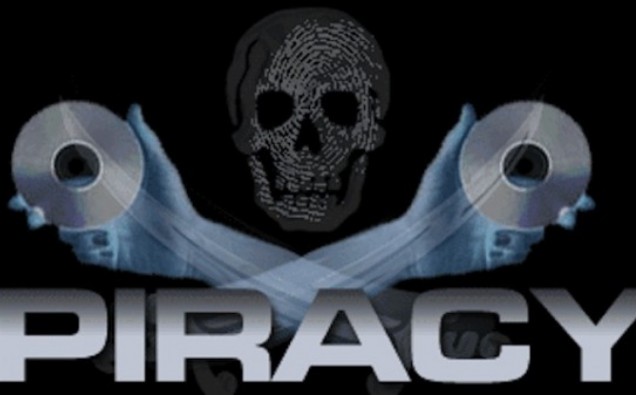 In regards to film, there are few topics more controversial than movie piracy. Some view it as a victimless crime, others not so much. One of the biggest stories added to the debate is that of new Australian zombie film, Wyrmwood. Wyrmwood just received a VOD release here stateside and has since become one of the most torrented files in the world. I asked director Kiah Roache-Turner for his reaction to this event. He had this to say.

Wyrmwood is currently one of the most torrented films in the world. This is fantastic. This is fantastic and horrible all at the same time. What a lot of these jolly pirates don’t understand is that the film was made by a bunch of people on weekends over a 4 year period. It was made on a ‘deferred payment’ basis which means a lot of these amazingly talented actors and crew (including the director and producer) have not seen a cent from this film yet.

In this instance profits from the film are VITALLY important because these profits will go towards very basic things like, rent, bills and food for a lot of hardworking artists and technicians who exist in an industry where it is VERY difficult to find work. We knew we would be torrented. We expected it. My issue isn’t with torrenters (that is a global internet policing issue which is very much out of my hands) – my issue is with those individuals who pirate the film, LOVE the film … and then just move on to the next thing.

All I ask is that you stop and think about it for just a second. I don’t mind that you believe in the ‘try before you buy’ theory, but if you try it and you like it PLEASE pay for a legal copy because artists have to eat. It’s really that simple.

I’ve been following the online comments pretty closely and what a lot of the reaction has boiled down to is something like this “If those fools (the filmmakers) were too stupid to organise a cross-platform, same-day global release strategy then they deserve everything they get!” … and yes, comments have been that harsh (harsher actually, the internet can be a pretty brutal playground:)

This is the point that I feel needs to be clarified as most people don’t seem to understand how the film industry works. Quite frankly, nor did I until very recently.

When you sign on with a distributer you basically sign on to be guided by their existing distribution model. Don’t forget – these guys & gals are really smart and REALLY know how to release a film and they’ve been doing it for decades to a wildly successful degree.

We, in conjunction with Studio Canal tried VERY hard to get ‘same day’ for Wyrmwood for iTunes but unfortunately our hands where tied due to the ‘window’ required by cinemas between theatrical release and online release (that is a length of time between the two that ensures cinemas can get a maximum turn at bat before those other markets generally take over, this is usually 3 months). In this instance we were able to get a 2 month window instead of 3 which is fantastic but Aussies were still pissed off when they realised that IFC Midnight (our US distro) had been able to release theatrical and VOD same day so … As soon as US released it’s iTunes copy ‘boom’, somebody ripped that film off the platform, uploaded it to Pirate Bay & the film became one of the most torrented films in the world overnight.

People have been asking “then why go theatrical at all?” … good question. Unfortunately funding bodies require that a film have a limited theatrical run for it to be considered for funding. And me and my brother ran out of money for this baby YEARS ago so without funding – NO WYRMWOOD.

And thank God Screen Aus believed in us because without government funding for post-production this film would not be playing in cinemas AT ALL.

What people need to understand is that this industry has been around for a long time – it is huge and vast and labyrinthine and unfortunately doesn’t change on a dime. I liken it to the ‘Titanic’ … we’ve all spotted the iceberg and it’s all hands on deck, the ship is turning but not NEARLY fast enough.

What people need to understand is that every single person in every single organisation, from the government bodies we’ve dealt with (like Screen Aus) to distributers (like Studio Canal) to cinema chains and owners ALL KNOW what the problems are and they are working their butts off to make these changes happen but it is happening in the way that all huge industries generally make gargantuan changes … and that is not EVER ‘overnight’.

Right now it’s in YOUR hands. Yes, YOU the person with the hand paused over the ‘download’ button getting ready to download my bad-ass ozploitation zombie film RIGHT now … I can’t stop you pushing that button. That’s not my job. Nor do I judge you for pushing that button, mate – that’s your decision, it’s none of my business.

But if you download Wyrmwood and really bloody like it. PLEASE do the right thing and purchase a copy and support independent filmmakers who sweated blood for 4 long years to bring you that film.

It’s all very well to say “well, this is how the world is” or “if the industry won’t change fast enough, why should I bother?” but the simple fact of the matter is this:

Thank you for your time,

What people fail to realize is that indie films are not big studio films. Indie doesn’t have the backing of huge million dollar studios and producers.

This is an issue near and dear to my heart, which is why I reached out to Kiah to hear his input on the matter. For me, my first movie credit was as co-producer for a microbudget film called Spirit in the Woods. I put $850 of my money that I made working minimum wage at Sears into it. Roughly 5% of my annual income after taxes. A year later? I’ve seen about $1100 returned. Yes, I’ve made a profit. $250 of profit after about 12 months. It’s not because no one watched the film. 10,000 people have rented it making it a VOD hit. But another 10,000 have streamed it illegally. And “try it before you buy it” doesn’t even apply. We’re already giving you the film for free on Hulu. All you have to do is sit through some ads, which we get ad revenue for. Instead, we have a 50% loss over what we should have. Not a big studio. Minimum wage workers who put out a movie.

Feel good about that?