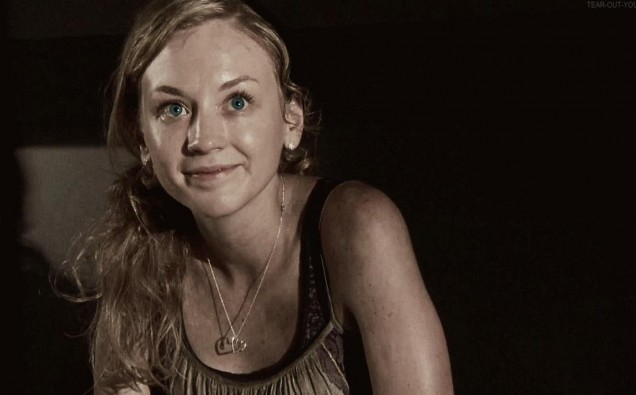 While I don’t think Beth is/was my favorite character of The Walking Dead, I still think she was the most impactful. Served mostly as a background character for the first few seasons she starred in, Beth still represented the teenage innocence that has all since been forgotten in the harrowing zombie apocalypse. When we were able to gain a more clear perspective of her character in seasons 4 and 5, we were able to truly see the importance and appreciation of Beth Greene. 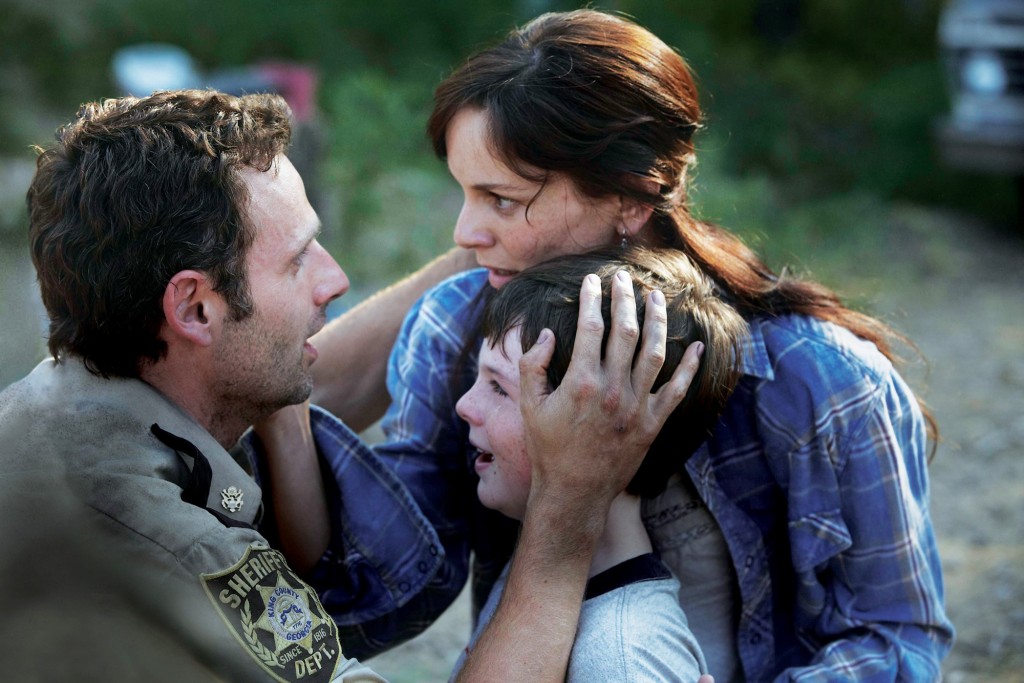 The Walking Dead started off nowhere near as depressing as the show has become now. There were moments of happiness, unity and peace displayed in the first season which represented not all hope being lost– despite the ongoing tragedies surrounding the characters. As the settings changed, and the group’s camp was moved with more main characters being killed off, the show took a gradual dark turn. Even Beth, the happy go-lucky character hit a personal low herself after the ‘death’ of her walker mother.

In the latter seasons, the show took a very dark turn– with characters showing the weight of what they’ve all lost and some of them just plain wanting to give up. However, as Beth’s character was built and she started to turn into an adult, she was the beacon of hope that helped keep the others going. When people came to her with problems, or wanted her opinion on an issue, she always replied with the right thing to do– her ideas were also usually for the greater good and she tried to only see the good in people. 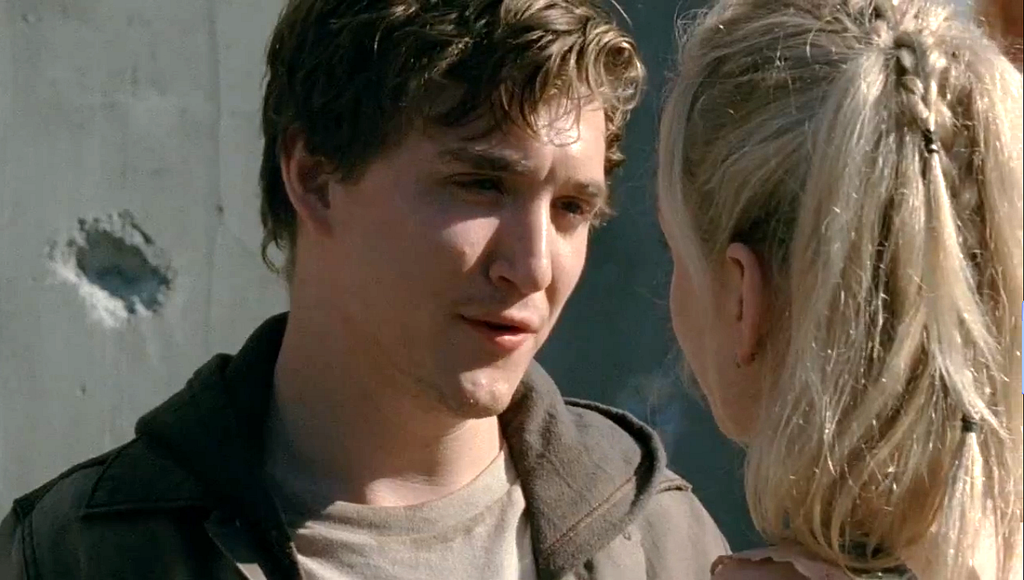 A great example of Beth’s personality was in Season 3, when her boyfriend Zach is killed in a supply run. When Daryl returns to the prison to tell Beth of the unfortunate news, Beth does not appear sad and does not shed a tear. When Daryl asks her why she was not more bothered, she explained that she no longer cries and is glad she was able to get to know him. That scene was great at showing how she has grown since life on the farm. If the other characters viewed life as Beth did, they would all be much more content, even if they are in the middle of a zombie apocalypse.

After the death of Hershel, and Beth escapes the prison with Daryl, we are able to finally learn more about Beth. Daryl was ready to give up, after the weight of all his hardships and losses begin to tear him apart, with the downfall of the prison being the last straw, Beth was right there ready to pick him back up. Beth kept believing the others survived the attack, even when Daryl was so convinced that they most likely dead. Beth also helped Daryl realize that in order for him to survive and to keep moving forward, he would need to let go of the demons from his past. When the two of them burned down the old shack in the woods, it represented Daryl finally being able to let go. 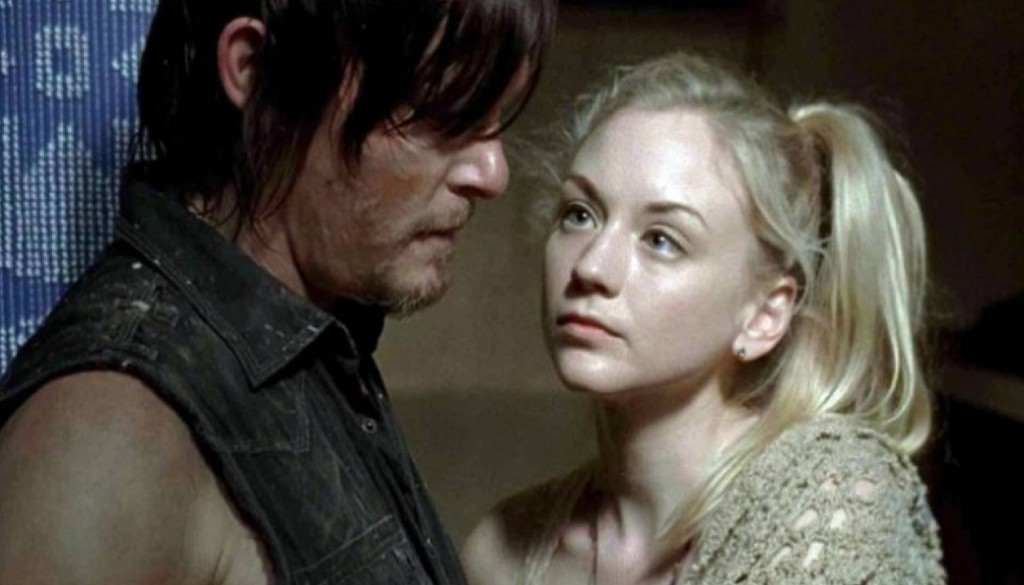 As Beth and Daryl grew closer together, it really was an interesting watch. I know many fans found these episodes to be dull and boring, but to me, they were fascinating. Watching two completely different characters interact and bond was interesting to see, and kept me wanting more. Beth made Daryl, a rather quiet, and sullen man see that not all people are bad and that things can always get better. I was a bit disappointed to see their time together so short-lived.

I was a little unsure as to the angle the writers were trying to accomplish, whether it was to create a romantic relationship or more of a brotherly-sisterly one. In the second-to-last episode they are together, it almost appears the two were about to kiss. Regardless of labels, it was still intriguing to see what was going to happen next between then.

When Beth arrives at the hospital, during what seemed like the darkest season of them all– season 5, we see her become much stronger. Nearly every character of the show is already very strong and usually a force to be reckoned with, while Beth remained more like an innocent teenager who needed rescuing and protecting. She started being able to stand up and protect herself against her enemies– especially when she takes down the two police officers in Dawn’s office. When Beth tries to escape the hospital with Noah, and ends up being caught as Noah makes his escape, she smiles. Beth was happy Noah was able to be safe and free despite the fact that it meant she herself was still trapped in the unrelenting hospital.

In the mid-season finale of season 5, during the last moments of her life, she sacrificed herself to save the others. Beth knew Dawn was never going to change and remain the heartless woman she always was, and that the others would kill Dawn if she retaliated against Beth. Although many viewed her choice as stupid and unlike her, it still was in a way, understandable.

Now as to why I believe she was the best thing to happen to show– she provided hope, love, strength and faith to all the characters who needed it the most. Most of The Walking Dead characters are dynamic and intriguing with horrible tragedies plaguing their pasts, but none of them were able to remain as hopeful and joyful as Beth. None of them were able to still see a light in such a dark world. Her existence and her death meant a lot to the characters.

As for why Beth was the worst thing, I meant her death being the worst thing. The way it was orchestrated– how Beth was finally reunited with Daryl and about to be reunited with her sister, how she was seconds away from safety to only then be killed. It was like a punch in the gut, even if we all did see it coming. We the viewers, were also never able to see what would have came of Beth and Daryl, or Beth and Noah as others like to speculate. It was almost like an unfinished storyline, in a sense.

Beth’s death also was a huge blow to the other characters, especially Maggie and Daryl– ones who had already been through the ringer. Maggie has now lost her entire family in a rather short amount of time, all with brutal deaths. Daryl has lost his brother, almost lost Carol and now lost the person who made him feel happiness. Not to mention Carl, who really now has no one left near his age.

I can just only hope the writers provide us with more of these type of characters– ones that make the show a little more lighter and can try to bring the other characters some solace, instead of just focusing on who to kill off next in a finale. I do however, understand that The Walking Dead is a show that you never know how long a character will be around for, but it seems that a select few will never be killed off–even though some main character’s story-lines are rather stagnant at this point. This makes predictions on who’s next much easier (since most of the time, it’s a side character meeting their demise.) 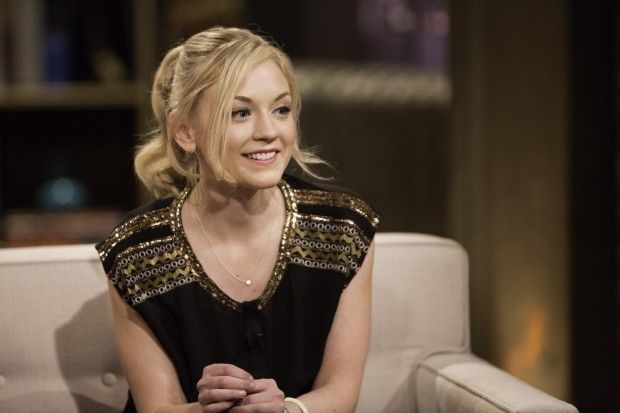 I know Beth causes quite a stir and a debate with The Walking Dead fans, since many did not like her at all. Many fans question Emily Kinney’s acting, but I however, found nothing wrong with it. I also, was able to see her grow as an actress in the last two seasons, and Emily actually admitted to ‘putting her all’ into those seasons since she knew they would be her last.