Will Ohio Send Teacher to Jail over a Horror Movie?

Case reignites debate over whether violent films are harmful to teens. 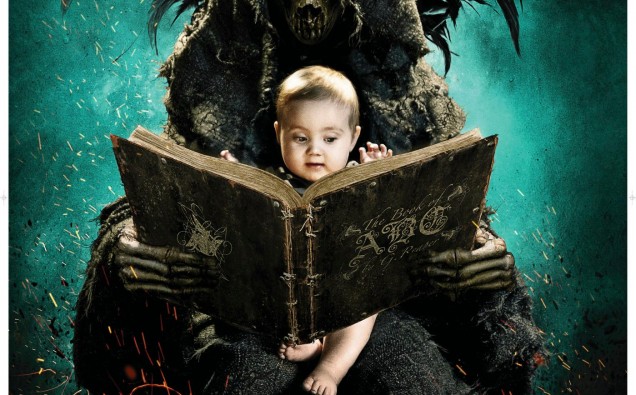 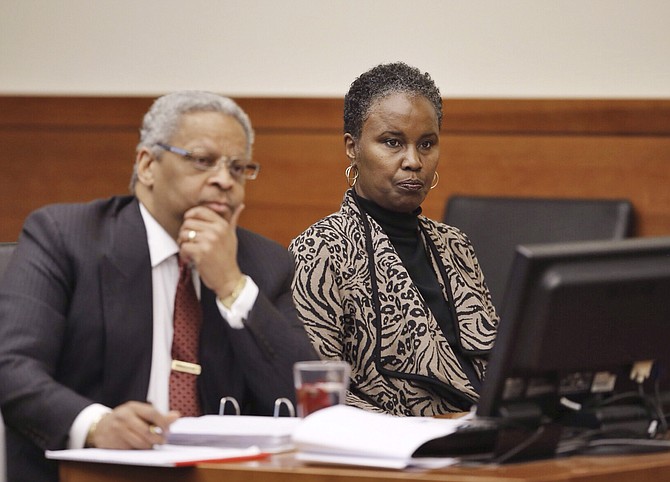 Sheila Kearns, right, with her lawyer

By now, most of us have heard about the case of Sheila Kearns, the Ohio state substitute Spanish Teacher who was fired for showing The ABC’s of Death to several of her high school classes; Kearns didn’t merely lose her job: She was charged with 5 felony counts of “disseminating matter harmful to juveniles”; on Thursday (January 15th) an Ohio jury found her guilty on four counts, each of which carries a possible 1 year prison term. Kearns also faces up to $10K in fines. She returns to court on March 4th for sentencing, where she will learn her fate; her lawyers say Kearns is planning an appeal.

While everyone seems to agree that Kearns pulled a major bonehead blunder by showing the hardcore horror anthology to minors, even genre fans are divided on whether the punishment fits the crime—and whether this case should have gone to trial in the first place. 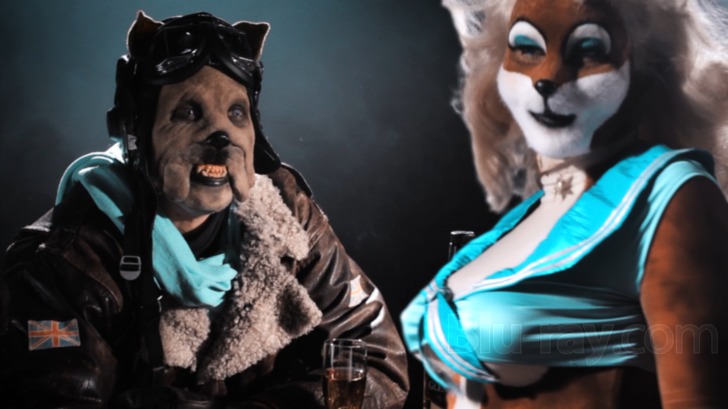 While Kearns may have broken the letter of the law, ask yourself: Did she break the sprit of the law? In other words, did she show the film to her classes with intent to harm her students? Hardly; Kearns’ supporters have flocked to her side in solidarity, extolling her virtues as an educator. Kearns herself describes the entire situation as a terrible mistake; she thought that since several of the chapters of the film were in Spanish, it was appropriate. Obviously, she had no idea about the true nature of the film she was showing.

While I’m of the opinion that the entire situation has been blown way out of proportion (and should never have gone to trial) I admit it’s unfortunate for Kearns that she choose this particular film. The ABC’s of Death, an anthology series made up of 26 chapters, one for each letter of the alphabet, each illustrating a horrific way to die, is certainly one of the most depraved experiments in 21st Century cinema. 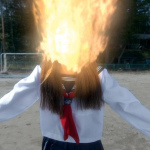 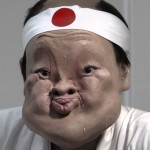 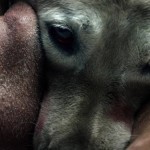 None of the directors who participated in The ABC’s of Death made a ton of money; each was given a stipend that, in most cases, barely covered production costs. Producers Ant Timpson and Tim League were able to get so many great directors to participate by offering them complete creative freedom—something producers rarely grant their creative teams. Clearly, some of the directors used this opportunity to really push the envelope, producing chapters that are at least NC-17, way beyond the normal level of violence and mayhem most people expect from a horror film. Members of the jury were all shown The ABC’s of Death, which certainly did not help Kearns’ case.

If Kearns had shown Saw or even Hostel, chances are she would have been fired, but not charged with crimes. But the fact that The ABC’s of Death is so over-the-top stoked puritanical anxieties, causing the case to pick up a momentum of it’s own. It seems to have reignited old fears that had been lying dormant since the 1990’s: Fears that horror movies are seriously detrimental to younger, impressionable viewers. These fears are, in my opinion, the main driver of the case against Kearns—and it’s unfortunate, since these fears have basically been scientifically disproven.

There is something to be said for punishing a person for a crime that didn’t have any significant repercussion. Driving drunk is a perfect example: Even if a person makes it from the bar to his/her home at 3 AM without killing anybody, they would still deserve to be arrested if they failed a sobriety test. This is the same mentality that drives the laws regarding dissemination of potential harmless materials to children; if an adult gives a child access to a gun or dangerous drugs, he or she can be incarcerated, even if no harm was done. But does this ideology still hold in Kearns’ case? 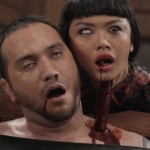 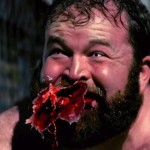 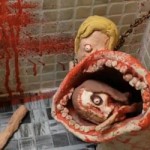 If we accept the fact that she was ignorant of the film’s content (which I do) the next question becomes: Did her actions present a quantifiable danger to the students in her class? While some of her students testified that they found the film disturbing, no one appears to have needed medical or psychological attention to deal with any resulting trauma. So was Kearns lucky to have resilient, strong-minded students—or was the potential danger blown out of proportion from the beginning?

I believe showing The ABC’s of Death to children between the ages of 14 and 17 may be inappropriate, but isn’t detrimental to their welfare. Being “disturbed” by violent images is a natural reaction and, while it’s unfortunate that these kids were put into this situation against their will, there was never any real danger to their mental or physical well-being. The truth is, there are many things that kids find disturbing, like going to the doctor or the dentist; but just because something is disturbing and unpleasant doesn’t make it dangerous. I’d go so far as to say that life itself is an experiment in stress-management and that the ability to process disturbing ideas and imagery is actually an important developmental milestone. So rather than believing that watching The ABC’s of Death is detrimental for teens, I actually think it was good for them; not every lesson in life will be pleasant, but every lesson is important.

The debate over the affects of sexual and violent imagery has been waged for generations, and isn’t likely to resolve itself anytime soon. But I do believe we are advanced enough as a society to accept the fact that horror movies are not quantifiably dangerous. Getting our collective panties in a knot over The ABC’s of Death only diverts attention from the real issues affecting teens today, like bullying, school shootings, and diminishing hope regarding the future in general. Remember, kids born around 9/11 are a tough breed, enduring elevated levels of stress and anxiety from an especially young age; this makes them even more resilient than previous generations. It also means that all this hubbub over The ABC’s of Death is, frankly, silly.

Bottom line: If Kearns is incarcerated on March 4th, it will be a terrible step backwards for our entire society, and an insult to the strength and stamina of our nation’s youth. Relax, people! It’s just a fucking movie. Food for thought: Is the DVD cover art, which features a baby sitting on the Grim Reaper’s lap, reading from a picture book, partially responsible for Kearns’ misidentification of the film and its content?  It certainly is a very cute image, one that, while dark, is humorous and implies a level of levity that is incongruous with the bleakest aspects of The ABC’s of Death.  I’m not implying that the artwork is deceptive, nor making excuses for Kearns, simply attempting to understand how an intelligent woman could have made such an unfortunate mistake.

What’s your opinion on the case of Sheila Kearns? Are the charges against her warranted or overblown? Let me know in the Comments Section.