WINNERS TAPE ALL: THE HENDERSON BROTHERS STORY’ IS ON DVD!

Don’t you just miss Hollywood Video, Blockbuster Video and Tommy K’s? They aren’t come back. But this film will take you back. “A VHS collector and horror fan... 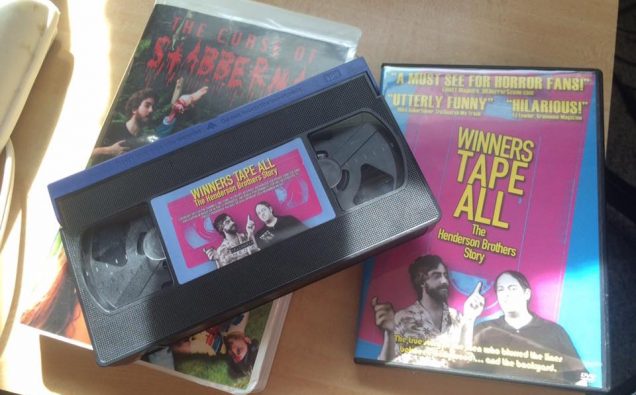 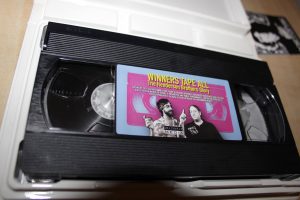 Don’t you just miss Hollywood Video, Blockbuster Video and Tommy K’s? They aren’t come back. But this film will take you back.

“A VHS collector and horror fan named Henry Jacoby (Chris LaMartina,
director of “Call Girl of Cthulhu”) rediscovers the films and
seeks out the creators, leading to the first on-camera interviews with
the Henderson brothers. However, as they look back on their work, they
discover they may not be as great as they remembered.”

From the press release

“After nearly 10 years, the creators of the zombie-comedy Die and Let
Live will be releasing a new feature length film, Winners Tape All:
The Henderson Brothers Story.

Director Justin Channell’s latest film, Winners Tape All: The
Henderson Brothers Story is now available through the video-on-demand
service VHX and DVD on March 23, 2016. The release is being handled
through Channell’s own Brainwrap Media label, which previously
reissued films from his IWC Films production team.”

This mockumentry-type comedy tells the behind the camera story of spawn from the 80’s cult films ‘The Curse of Stabberman’ and ‘Cannibal Swim Club’ both of which were helmed by the Henderson step brothers (played by Zane Crosby and Joshua Lively).

The film can be downloaded or rented in a 1080p digital
high-definition format at A streaming rental costs $2, while the download version is $5. A deluxe package with bonus features is on sale for $10, which includes 18 minutes of outtakes, HD versions of the Henderson Brothers’ films (which are presented in VHS-quality in the film for authenticity’s sake) and a feature-length audio commentary with Michael Henderson.
Bonus Features are of course included in the release on the DVD version which you could pick up here. Still want to reminisce that your in your parent’s basement smoking weed popping in VHSes? Ok here’s something you’ll like to read then; the film is also available on VHS and if you appreciate the modern things, a Blu-Ray version is available as well! Blu-Ray, VHS and Digital Download versions are part of a combo pack  and you can buy the set here. You still have to wait a bit for the film to be released through Amazon though [Amazon video-on-demand, and DVD versions of the film are expected to be released late 2016]

You can pre-order your DVD here