"We are the weirdos, mister."  Nancy, The Craft 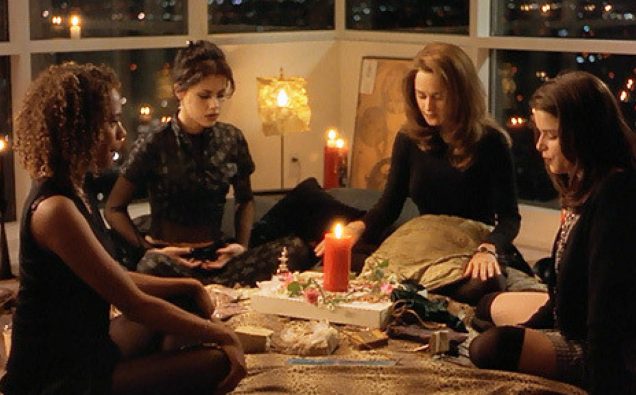 January is here and with the start of any new year, it’s the perfect time to come up with resolutions and things to accomplish in 2018. Or you can just cast a spell… That’s what the teen witches of The Craft did and look what happened to them! Oh… Wait a minute… 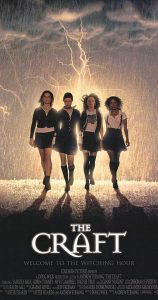 This month COMET TV has not just The Craft but amazing films like Labyrinth, Bubba Ho-Tep and so much more!

There are also Edgar Allan Poe double features all month with tantalizing and terrifying tales from one of the grand masters of horror. As The Raven says, “Nevermore!”

And we want to give you the opportunity to have an awesome January of your own! The COMET TV January Prize Pack is perfect for casting a spell on the new year or just kicking back and watching COMET TV! Win it now courtesy of The Blood-Shed!

To enter is just 3 easy steps:

What can you win? Here is some of The Craft fun! Limited Edition The Craft T-shirt: This exclusive t-shirt features all four witchy guardians of the watchtower on the front and a quote from the film on the back! Welcome to the Witching Hour! The Craft Exclusive Clamshell Box: Talk about retro goodness! This cool clamshell box features exclusive throwback artwork and will immediately take you back to the days of waiting in line for new release movies at the video store. The Craft Witching Hour Cleansing Kit: Earth, Wind, Water, Fire! This kit will bring a little sage, crystal and spell scroll into your life. Perfect for getting in touch with your inner earth goddess!

FILMS ON COMET IN JANUARY

The Craft (1996)
Teen movies might want you to believe that high school was all about keggers and beautiful cheerleaders, but we prefer The Craft’s version of events. Featuring a quartet of angsty teens who turn to witchcraft in the face of personal high school horrors, The Craft casts a spell that leaves you wishing you had an occult store on your local main street.

Labyrinth (1986)
January will mark the second anniversary of the day we lost pop culture legend David Bowie, so this month’s COMET is honoring his memory in the best way we could think of …. by screening one of the most iconic roles of his career. Back in 1986, Bowie stole the show as the Goblin King in Jim Henson’s Labyrinth, from the music to the costumes, this was Bowie at his best.

Bubba Ho-Tep (2002)
Could there be a better way to shake off the post-holiday blues than with the adventures of Elvis in all his hip shaking and breaking glory? Of course not, which is exactly why you should be tuning in to watch Bubba Ho-Tep on COMET this January.

Edgar Allan Poe DOUBLE FEATURES
Need to warm up on the cold Winter Wednesdays? Look no further than COMET’s brand new 2-hour block of Edgar Allan Poe programming. Each Wednesday evening at 6P/5C, catch the Tomahawk Man’s most beloved creations, including The Raven and Tales of Terror.

Airing weekdays at 4P/3C throughout January, check schedule at CometTV.com