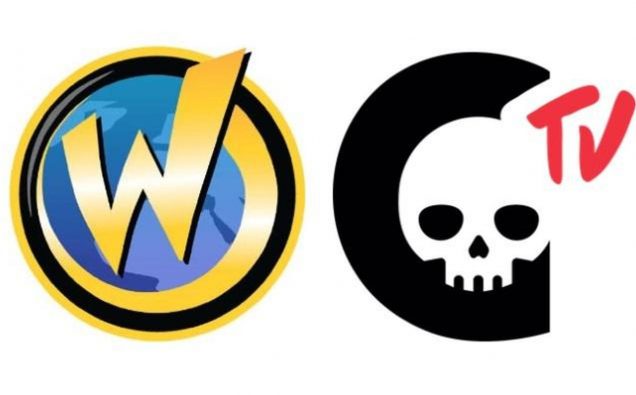 Wizard World, Inc. (OTCBB:WIZD), producer of the largest comic and pop culture convention events, and Crypt TV, the digital brand behind the most terrifying content on the web, have announced a new eight-city video showcase series that will treat Wizard World Comic Con attendees to some of the scariest video content available today.

“Our partnership with Crypt TV allows Wizard World to continue its commitment to creating and presenting new streams of content,” said John Maatta, President and CEO of Wizard World. “Philadelphia fans will be on the edge of their seats as they access some of the most unique and frightful programming ever at the convention.”

Crypt TV, which has over one million fans and averages over 15 million video views a month, prides itself on bringing new scary stories from talented filmmakers into the world. Crypt TV is fundamentally changing the way fans consume and celebrate genre content — in short form, on mobile, every day.

“We are so excited to partner with Wizard World and showcase Crypt TV’s content to their loyal fans” said Eli Roth, actor, director and co-founder of Crypt TV. “Wizard World is a perfect avenue to showcase our original characters and horror series, and we’re going to curate something really special for the fans.”

“There’s a lot of crossover between Wizard World fans and Crypt TV fans and I’m excited to bring our short scares to the big screen” said Jack Davis, CEO and co-founder of Crypt TV. “Wizard World has been great in helping make sure we make this a unique experience: our booth is going to have more than just exclusive content, we will have giveaways from HANNIBAL and more, available only at Wizard World.”

Crypt TV (http://crypttv.com/) is a digital genre brand co-founded by Jack Davis and horror icon Eli Roth. Inspired by its motto #WeirdIsGood, Crypt creates and distributes dark, edgy and scary video content on Facebook and across its family of publisher sites. One year after launch, with 1.2 million direct social followers, and a syndication network of over 4 million unique monthly visitors on the sites in its network, Crypt TV has become the fastest growing leader in digital scares. In addition to working with the best up-and-coming filmmakers across the world, Crypt TV makes engaging original video content directly for the Top Hollywood Studios, including Universal, Fox, and Warner Brothers and has a strategic partnership with Blumhouse Productions. Crypt TV is uniting fans and creating a movement that is redefining what the future of genre content means to millennials.

The Wizard World 2016 schedule is available at: http://wizardworld.com/searchby/city/.