Wizard World Philly Is About To Get Very, Very Bloody

Get ready for Horror Fest at Wizard World Philly 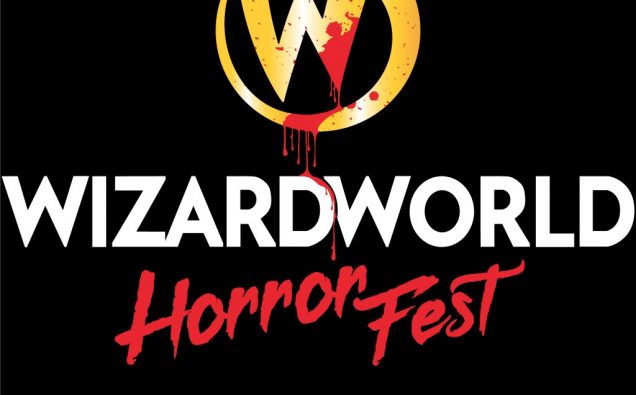 This week, Wizard World, one of the country’s leading comic conventions, and BloodyDisgusting.com have teamed up to bring Wizard World Horror Fest to Wizard World Philly on June 1st – 4th. While the full slate of activities have yet to be announced, there will be special guests Q&A’s, horror icons, film premieres, repertory event screenings, meet & greets with actors, writers and directors and more.

“The launch of the Wizard World Horror Fest signals a new destination for fans of the genre at many of our Wizard World shows,” said John D. Maatta, Wizard World President & CEO. “They will have the opportunity to celebrate the great history of horror by meeting some of the all-time greats and viewing classic films while keeping up with the latest developments and experiencing the fabulous, creative work that is a hallmark of this vibrant entertainment form.”

Some of the already announced activities are an anniversary screenings of Buffy the Vampire Slayer with the star (and original Buffy herself) Kristy Swanson, The Monster Squad with stars Andre Gower and Ryan Lambert, and what is being dubbed “the ultimate Dream Warriors celebration”, a special screening of A Nightmare On Elm Street 3: Dream Warriors on Saturday, June 3rd at Underground Arts. The event will including a live commentary and Q&A with franchise star Heather Langenkamp followed by a very special acoustic show from Don Dokken, lead singer of the iconic rock band Dokken, who performed the infamous hit single “Dream Warriors” on the film’s soundtrack.

As if that wasn’t enough, also on June 3rd will be The Rocky Horror Picture Show Extravaganza. You’ll get to see the while movie, with special introduction from star Barry Bostwick. Plus also on hand will be a display of original props and costumes from the movie! This is a once in a lifetime experience for any Rocky Horror fan.

Wizard World and Bloody Disgusting are also teasing some more screenings, guests, and panels in the next few coming days, so I will keep everyone posted as I hear more.

Have no fear if you are unable to make it to the event, as I will be there in the flesh and blood all weekend covering all of both Wizard World Philly and Horror Fest. So we will have a lot of coverage from that weekend. I hope to have a few interviews with some stars you know and love and some interviews with some of the indie horror film’s cast and crews. I will also have live reports from the screening and panels. I promise you all, I will be a very busy man that weekend.

More about WIZARD WORLD PHILLY can be found HERE.

Tickets to The Rocky Horror Picture Show Extravaganza can be purchased HERE.

The original announcement on BloodyDisgusting.com can be found HERE.