Being a Woman can be scary sometimes… 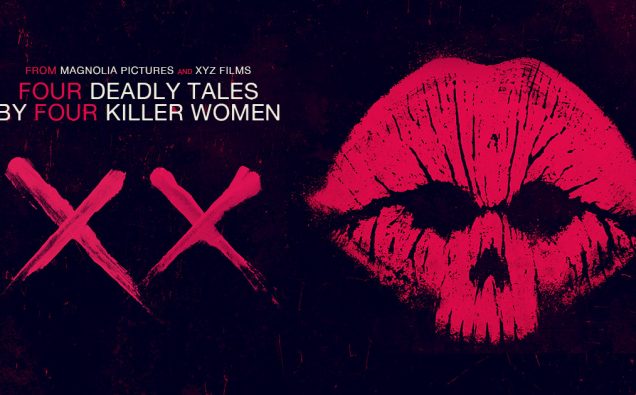 With this being Women in Horror Month, I really felt the need to see the new Horror Anthology XX. I had heard mixed reviews on it and wanted to decide for myself. The quartet of horror shorts comes with a gender twist. All four segments are written (at least the screenplay) and directed by women and all of them have female leads. In this crowd-funded project, the directors were given creative license to do whatever they wanted to, as long as the segments were within the horror genre. Thus, emerged XX and I absolutely love the concept of each separate story.

Right off the bat, I adored the beautiful stop action scenes for the opening and in-between the different segments. Reminding me of American Horror Story’s Freak Show or Penny Dreadful’s opening credits, the broken dolls, walking dollhouses, moths and other creepy things were really lovely to watch. These interstitials had nothing to do with the anthology stories, but I have to include these wonderful and darkly playful scenes by Sofia Carrillo, as a fifth segment, because they were so enjoyable to experience. 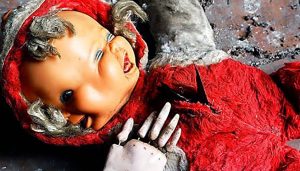 The actual film segments were all different as most anthologies are. Each story is a take on real female fears. None of them were quite the same sub-genre of horror as any of the others. But overall the cinematography was great, the acting strong and well done on all! We have a psychothriller, a black comedy, a supernatural slasher and a satanic tale, that reminded me of The Omen. XX links together four different horror shorts, brought to us by female filmmakers, Jovanka Vuckovic, Roxanne Benjamin, Karyn Kusama and Annie Clark, (indie rock musician St. Vincent.)

The first offering In XX is “The Box” brought to us by Jovanka Vuckovic. “The Box” is her version of Jack Ketchum’s short story of the same name. I really liked the premise of the story about a young boy who looks inside a present, a stranger on the subway is carrying, and from that moment on stops eating. It drove me a little insane that we never find out what he saw. We just know that he shared that info with his sister and father and they ended up with the same fate as he did. I assume the point was, it doesn’t matter. They all lost the will to live, except the mother, Susan, who didn’t understand what was happening to her family. I’ve heard this called a MacGuffin- something that drives a plot forward, but doesn’t really matter after it’s initially shown. After I had that epiphany, I understood the story better, and empathized with the mother. (Natalie Brown) She didn’t know what was going on either. She didn’t get to find out their secret. That right there can drive a person crazy. I also really liked the SFX showing the horrible transformation of the family. After some thought, “The Box” became my favorite segment.

The second segment was “The Birthday Party” and was brought to us by Annie Clark. (Co-Written by Roxanne Benjamin) This was to me more a dark comedy, than a horror short at all, but I liked it a lot as well. “The Birthday Party” shows us the difficulty in being a perfect mother, hostess, neighbor etc… Throw in finding an awful surprise (I won’t spoil it) right before her daughter’s birthday party is about to begin, and the super anxious mom (Melanie Lynskey) really has a problem. My only comment would be to have had this one go a little longer and finish the story, maybe a flash to the future of the daughter, instead of some words written across the screen. There would absolutely be therapy required, after a child had a surreal party like this one! 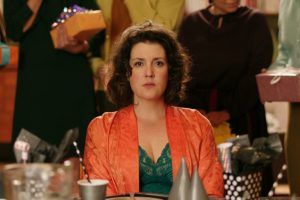 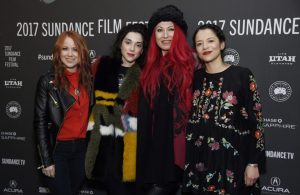 Segment three is titled “Don’t Fall”. Brought to us by Roxanne Benjamin. I admit this was my least favorite of the bunch. Now, being a gore fiend, this should have been my favorite, but it all happened super-fast and there was barely enough time for the group of friends to hike and smoke some pot, before they had a terrible night with some disturbed supernatural entities. The monster was pretty cool, but there just wasn’t too much substance to the story. Kids camping and doing drugs in the desert is a well-used trope. I could see it being a full-length movie, maybe, but The Darkness already kind of did this story and that wasn’t a great flick. Again- maybe if we had a little longer to build some dread and care about the characters before bad things happened?? There were some great practical effects though and I loved Breeda Wool as Gretchen as she gets down and personal with some sort of ancient evil. 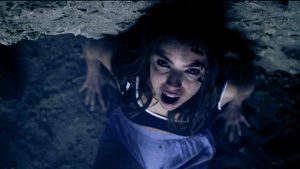 The last of the four stories (But not the least in any way) is called “Her Only Living Son.” Karyn Kusama brings us a story reminisant of The Omen or Rosemary’s Baby, except this shows what happens when the child turns 18. The mother, Cora, in this story (Christina Kirk) has been protecting him all these years and finally realizes what she is in for now that he has come of age. As a mother, she continues to love him anyway, even as her horror grows. It’s a dark and scary segment and was a good strong story to end with. 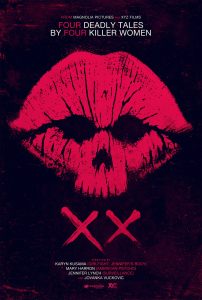 None of the segments have a run time of more than 20 minutes and I think each could have gone longer and fleshed out the story a bit. My biggest pet peeve about XX is that I felt like the stories end, but there isn’t a full conclusion to them. Sometimes I was left thinking, wait! What just happened? I wanted more, possibly just a final scene to give me closure. That was the most frustrating aspect of this film for me. I loved each story premise and wanted them to finish the tale. But as I said earlier, as I thought about each story afterwards, I got a little more of the deeper meanings and felt a bit more fulfilled.

I wish I could say that I absolutely loved this film beyond compare. But, that being said- I really liked it a lot and I feel like it’s definitely a film to check out. What I like about this project is that each story features a female protagonist that must deal with more than just taking off her clothes and screaming. They all face some very basic fears that most people watching can relate to and that’s great to see.

There is a lot there to enjoy and think about in XX, and I hope they continue to do more horror anthologies, because I think there are a lot of great women’s stories just waiting to be told.