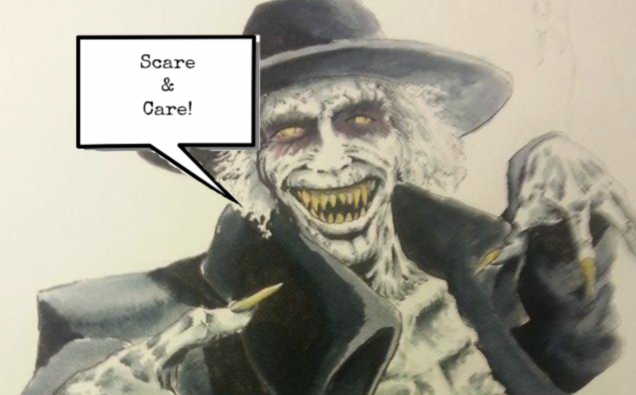 Hi, there. Johnny Macabre here. As everyone is likely aware by now, Sunday saw this country’s biggest mass shooting at the Pulse nightclub in Orlando, Florida, killing 49 people and injuring dozens more. In light of this tragedy, I have elected to launch a charity event to support the survivors, their families, and the families of the dead.

Recently, I released the first issue for my horror comic We Kill The Dead, a four issue action/horror comic mini-series which is a love letter to the slasher genre. More about it can be found HERE.

We are calling this our first Scare & Care. Starting tonight and running through the end of July, all sales from the digital PDF of We Kill The Dead will be donated to OneOrlando. This is a fund set up by the mayor of Orlando where the funds will be distributed out to various charities to help support those hurt by the shooting. Every download costs only $1.49 and 100% of sales will go towards the charity fund. The digital file for the book can be purchased from http://thebloodshedstore.bigcartel.com/. All purchases are emailed to the buyer within 24 hours. Funds will be sent to OneOrlando at the end of July. Thank you to all who help!