You’re Not Ready For This Footage 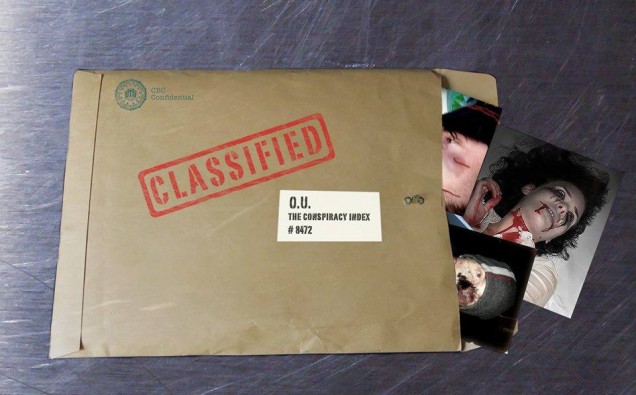 There’s an aspect of the Horror genre that makes it entertaining.  The genre holds so many sub-genres: Vampires, Ghosts, Haunted Houses, Zombies are just a few plot lines that create many movies.  There’s an independent film that’s trying to put many sub-genres into one movie.  O.U.-The Conspiracy Index #8472 will use the found-footage format with a twist.  The whole movie will play out in first-person point of view.  The plot will center on three college student who face tragic consequences after venturing into the unknown.

Actress M. Nessk (AKA Michelle Nessk) who’s starring in the film, has created a Indiegogo page  to help finance the project.  You can find out more about the film and the perks you’ll receive if you help out here.  This is a great opportunity to help out the film and get some nice rewards too.  The film will debut at Crypticon as the first film of the showcase, ‘Horrors of the PNW.’  It’ll be the first feature length film to be showcased.  You can also find out more about the production company, Gloomy Sunday Productions on their page.