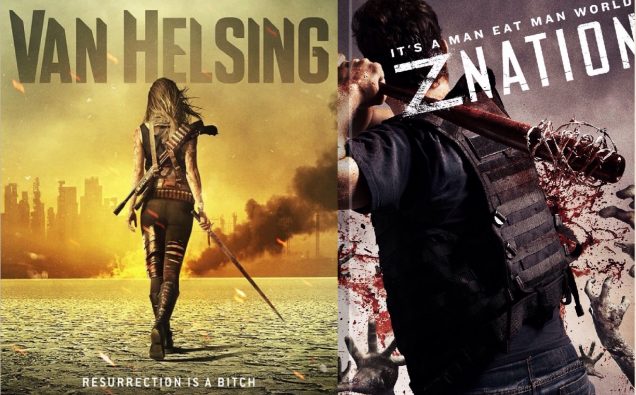 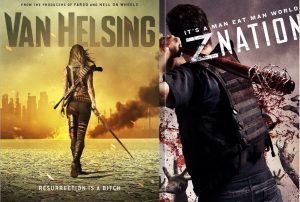 Syfy announces at TCA that Van Helsing and the season 3 premiere of Syfy’s Z Nation both have premiere dates! Syfy’s new vampire series Van Helsing following a unlikely heroine holding the key to save humanity from a fate of a world run by vampires has been revealed to have a Friday, September 23rd release date. Premeiring on the same day of the week and same network will be, Z Nation’s season 3, which will premeire about a week earlier then Van Helsing on Friday, September 16th!

Van Helsing described as “a twist on the classic vampire adventure tale,” revolves around unlikely heroine Vanessa Helsing (Kelly Overton, True Blood), whose blood holds the key to humanity’s survival. With an immunity to vampires, Vanessa is also capable of taking out the foes by turning them into humans with her bite. Now both prey and predator, As humanity’s leader, Vanessa heads the resistance against the vampires.

Zombie-apocalypse thriller “Z Nation” kicks off its third season with Lt. Warren (Kellita Smith, The Bernie Mac Show) and her group taken prisoner by a new foe. The series follows a team of everyday heroes on a mission to save humanity. Keith Allen (Rise of the Zombies) plays Murphy, the only known survivor of the zombie plague who wants to create a race of human-zombie “blends,” while Warren’s group is determined to stop him.

After the two-hour special premiere on at 8 PM September 16, “Z Nation” moves to its regular slot at 9 PM Fridays the following week.

Stay tuned to the Shed as this story develops