Vastly underrated titles for the most magical time of the year.

Every year when Halloween approaches, people from all over the place usually end up watching a bit of horror films. There are some films that seemingly every person in the world watches around this time of the year…you know, like the Halloween films, Trick ‘r Treat, and even the Night of the Demons films. In case you’re looking for something a bit different this October, here’s a list of some underrated gems that you probably should check out. 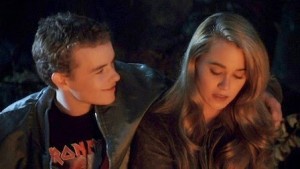 Campfire Tales (1997)
This is a late 90’s teen horror anthology film that definitely seemed to be trying to cash in on the popularity of Scream and I Know What You Did Last Summer. This film consists of a few different stories, some of which drag on for a bit too long and aren’t anything to write home about. The wrap-around story is better than that of most anthology films, and although this film doesn’t necessarily take place around Halloween time, this film is worth watching during the month of October due to its super creepiness. The second segment alone will be enough to stick with you for a few days. 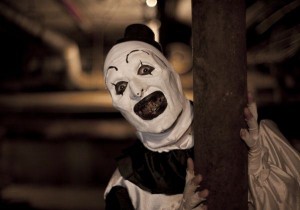 Based off Damien Leone’s amazing and super attention-garnering short film Terrifier (which makes up a decent bit of this film), this anthology takes place on Halloween night and follows the story of the maniacal clown known as Art. While this film isn’t as great as it could have been, it’s pretty fun and actually kinda creepy in some parts. Damien Leone is now working on a feature-length version of the Terrifier story after seemingly breaking away from the Jesse Baget-owned Ruthless Pictures that produced this film. Hopefully the next take on the Art the Clown story will outshine this one, but for now, this creepy clown anthology will do. 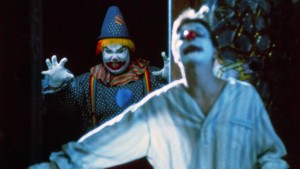 This criminally underrated horror film had a very short run on DVD in 2003 after being pulled from shelves due to the controversy that surrounds this film (we won’t get into that at this time, though maybe it’ll make for a fun opinion piece in the future), but you can check it out for free on YouTube. The film takes place around Halloween time and pits three brothers up against three escaped mental patients who are dressed as clowns. If you haven’t already seen this film, this is the perfect film to watch this Halloween season if you’re wanting to see a fun film that offers some pretty decent fright sequences and manages to perfectly capture the October look and feel. This is easily one of the most under-appreciated horror films, not just of the eighties – but of all time.

I’ve Been Waiting for You (1998)
Released during the same era that was ruled by Scream and I Know What You Did Last Summer, this made-for-TV teen slasher captures the 90’s vibe perfectly. The film’s atmosphere is pretty incredible in general, with lots of magical-sounding, yet creepy music and some absolutely beautiful October scenery. Add some Are You Afraid of the Dark?-style dialogue, creepy phone-call sequences in the style of Black Christmas and When a Stranger Calls, and a creepy psycho in a witch mask and you end up with this underrated gem. If you’re looking for a straight-up stalk-and-slash-type film with a high body count, you’re gonna want to steer clear of this one. Otherwise, you may wanna check this out. 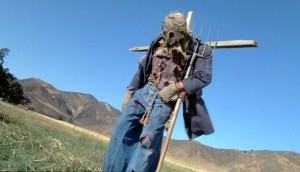 This made-for-TV creepy scarecrow film finally received a DVD release in 2010 after lots of petitioning from fans who remembered the film from its original TV run. This is a film that hasn’t really been seen by too many people outside the horror buff universe, but it’s a must-watch for the fall season. It’s pretty disturbing – and while it may not deliver a whole lot in terms of gore, it definitely has some creepy stuff from a psychological standpoint. If you haven’t seen this film, now would probably be a good time to.

The Hollow (2004)
This film aired on ABC Family right before Halloween of 2004 and was accompanied by a slick video promo that featured the song “Breakdown” by Breaking Benjamin. Since then, the film hasn’t really made any noise amongst the horror crowd…or like, anyone for that matter. It stars Kevin Zegers, Kaley Cuoco, and Nick Carter – but if that doesn’t turn you off instantly, you may wanna give this one a chance. As its title would suggest, this film offers a new take on the legend of the Headless Horseman of Sleepy Hollow, so of course, there is no shortage of fall scenery here. This film is easily in the top five of all time in terms of capturing the Halloween vibe – and that alone should make this one worth watching during the fall season. 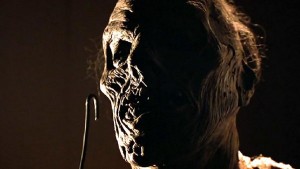 Offerings (1989)
If you’re looking to watch what you’d call a “good” movie this October, this may not be the best choice. However, this is a fun film that starts off in a similar fashion to a lot of other 80’s slasher films but it never really slows down. The kill scenes are ahead of their time and they’re actually pretty unique and disturbing. And the music score in this one is as frighteningly 80’s as you can get – it’s actually pretty incredible. Many have criticized this one for coming across as way too similar to John Carpenter’s Halloween, and that definitely seems fair. One could also say the film is similar to The Burning, Prom Night, Alone in the Dark, and some others from that era. But if you’re looking for something fun and strange to check out this Halloween season, you may wanna give this one a try. 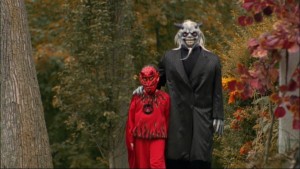 Directed by Jeff Lieberman (who is best known as the man behind the 80’s slasher Just Before Dawn), this film quietly released on DVD in October of 2005 after a festival run the year before. This film seems to have risen heavily in popularity since its release, which can probably be accredited to how outrageous it is. Lieberman definitely did a solid job blending comedy and horror to create this deranged film. Don’t expect a masterpiece, but if you’re looking for something fun and Halloween-y, this one takes the cake. 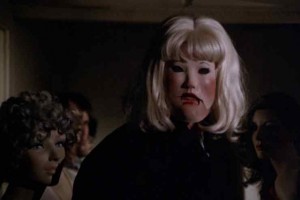 This unique 1970’s film is widely considered by hardcore horror fans to be one of the most underrated horror films. To the masses of folks who may not be so educated on the lesser known horror films, this is a film that definitely deserves some more attention. This is a well-acted film that takes place in a beautiful backwoods setting and has some moments of pure strangeness. Pino Donaggio’s music score, which supposedly took up one sixth of the film’s budget is an added bonus to this awesome film. If you need a film to watch this October, check this one out.

Well, I hope you folks enjoyed this list, and I hope you’ll want to check out any of these films that you haven’t already seen. Be on the lookout for more Halloween lists like this in the future from the rest of the team here at TheBlood-shed in the coming days. In the meantime, let us know your picks for the best underrated horror films to watch in time for Halloween in the comments. So long!