‘The 16th Episode’ is a Funny, Disturbing and Scary Homage to the Found-Footage Genre

"How many views is your life worth?"

Whenever I see a film that looks like it is of the found footage genre, I get a bit leery.

Found footage is rarely satisfying in the end, because we don’t know what happens to the characters. They are just missing from that point on and are never found. I am happy to say that The 16th Episode, written and directed by Jérôme Cohen-Olivar, (previously known as Little Horror Movie) does not do that! I would call it more of a hybrid of found footage that is mixed with well-done cinematography from the audiences’ point of view, making it a much better experience to watch. The epic ending even made me cheer for our final protagonist. 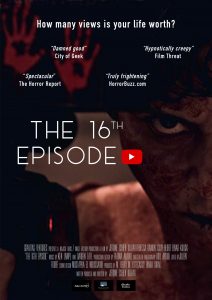 Synopsis: In THE 16TH EPISODE, three YouTubers, each with their own inner demons, visit the mythical town of Casablanca. With their viewership down, they get invited to attend a satanic ritual and soon realize that maybe all their audience wants is to see them die.

Our three main characters are the host, crew, and creators of Permanent Residents, a YouTube channel that visits countries all over the world and immerses the viewers in the culture and feel of that location. Feeling like their viewership is down, with only 1.2 million views on their previous show, the team goes to the exotic city of Casablanca to film some new footage. Host Helen, (Rebecca Ramon) videographer Mark (Cody Heuer) and audio guy Einar (Einar Kuusk) are friends, but it’s a bit unclear at first how they met and started doing videos together.

When they arrive in Casablanca they go to their Airbnb where they are met by the strange and creepy Mrs. Frangier played perfectly by Rosine Young. She shows them around but warns them not to go into the locked basement because of electrical problems. Well gosh, right then we knew something terrifying was waiting down there and they would eventually go in and find it! The tension builds! 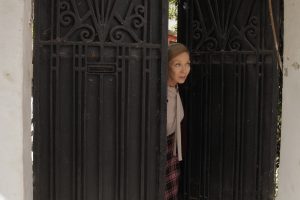 The wedding turns out to be a weird sort of satanic ritual and from that moment on a feeling of dread (and quite a bit of blood) blankets all of them. Nothing is right for our group anymore and things literally spiral out of control. Secrets are revealed and evil things start to happen, especially to Helen.

It doesn’t take the boys long to figure out that this is a very bad situation, they need to save their friend Helen and get the hell out of town. But of course, things are never that easy, and well you’ll have to watch the film yourself to find out what happens. 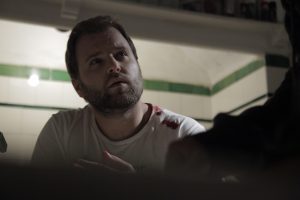 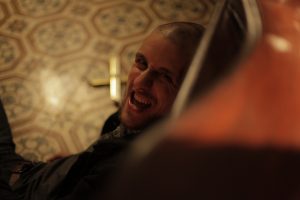 What worked for me was the fact that the film didn’t seem to take itself too seriously. The friends bicker and pick on each other. Secrets that should have been common knowledge before a trip to a foreign country are revealed a bit too late and there seems to be a serious lack of planning since they have a show to shoot. Some of the scenes were hysterical, and I’m sure they were written that way. It is a fun horror flick, if not a straight-up comedy and that helped it work for me. The genuine concern they seemed to have for each other was touching. They even made fun of found footage films, despite the fact that they were destined to be in one themselves.

The incredible destinations also helped elevate this film. I love to travel and to see so many places I’ll probably never get to, was spectacular! The Middle East is always mysteriously beautiful and what great locations they got to shoot in!

Everyone in the film was terrific and I found no flaws in the acting. My favorite humorous, yet unnerving character was the creepy Mrs. Frangier. Rosine Young played up her strangeness so perfectly, and wait till you meet her son! My favorite line of hers was “After 20 years with a demon, you learn a few tricks.” I bet you would. 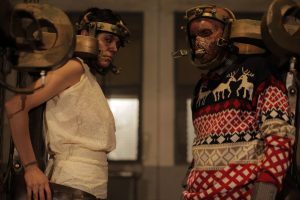 Helen was the hardest character to pull off, as Rebecca Ramone had to do most of her acting blood-drenched and possessed.

Einar Kuusk was great as the paranoid audio tech, who turned out to be right about all his feelings of dread. I loved Cody Heuer as the goofy videographer in love with himself and his camera. All he wanted in life was to make the ultimate found footage horror flick. They played perfectly against each other. I loved Mark and Einar’s conversation about how to correctly finish the film, right before they were to get buried alive. Very ironic!

Though not without flaws, The 16th Episode is a terrific, self-aware film that includes both found footage and demonic possession. They built the tension in amazing degrees until we are dying to know what is coming next. I was truly on the edge of my seat at times.

The locations, international cast, cinematography, SFX and stellar acting all worked to produce a film that is scary, funny, intriguing and a will be a delight for true horror fans. The 16th Episode is a bloody good time!

The 16th Episode is in Theaters, On Demand and Digital on June 28, 2019 from Gravitas Ventures