The Elf’ May Be Another Leprechaun Flick

We may have a new Lep-flick to add to our St. Patrick’s Day/Horror collection! As reported by Variety: Argentina’s AZ Films has boarded the English-language The Elf (El Duende),... 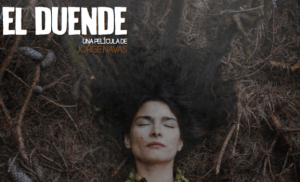 We may have a new Lep-flick to add to our St. Patrick’s Day/Horror collection! As reported by Variety: Argentina’s AZ Films has boarded the English-language The Elf (El Duende), a horror parable lead-produced by Bogota and Cali-based 64A Films

“The Elf turns on Camila a young city-based woman who takes a trip to Colombia’s idyllic del Cauca. The trip is meant to bring the family together, after her breakdown. But Camila loses her son and, falling under the influence of a dark spirit, battles to stop herself turning into a force for evil that will tear apart the bonds holding her family together.”

The reported “Elf” protagonist seems to be more along the lines of an Leprechaun, similar to the protagonist on Red Shamrock. Proving my point with this, google Duende and this is what you’ll get: a Duende [The translated titled for the film see above] is a creature popular in the Portuguese, Latin American, Filipino and Chamorro People cultures. The creature within these cultures is either good or evil but is commonly referred to as what we call a Goblin, Pixie, Brownie or Leprechaun.

“The Elf” written by Alonso Torres (Dog Eat Dog) and Laila Burbano, will shoot in English and will be filmed the first half of 2017. The Elf also marks the second solo feature from Jorge Navas (Blood and Rain). Coursing through “The Elf” are many of the tensions etched into Colombia’s collective psyche by an end of 50-years of civil conflict – the idea of making a new start; the fear of inexorable evil as reported by Variety.

“I am interested in the human struggle to maintain spiritual integrity and mental balance when one is attacked,” Navas noted in BAM catalog production notes.

The film will also act as the second solo feature from Jorge Navas (Blood and Rain).

No concrete premiere date as of yet. I’m guessing a 2018 release date is in the future.