On June 15th, the Contra Costa Times reported that a 911 caller claimed to have discovered a “human heart” on an infamous stretch of beach in the San Francisco bay area. 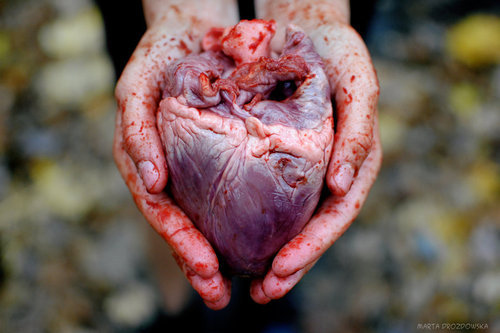 Albany is a community of 19,000 just north of Oakland; on a clear day, its calm beaches offer views of both The Bay Bridge and The Golden Gate, along with the entire San Francisco City skyline. It’s a popular destination for joggers and dog walkers, families and kite-flyers—but it has a dark side. This is where Laci Peterson’s headless, pregnant corpse washed up after being unceremoniously dumped by her cheating husband, Scott Peterson, under the guise of a fishing excursion in 2002. While Scott would eventually be convicted and sentenced to death for his crimes, a gloomy specter remains along the beaches of Albany. 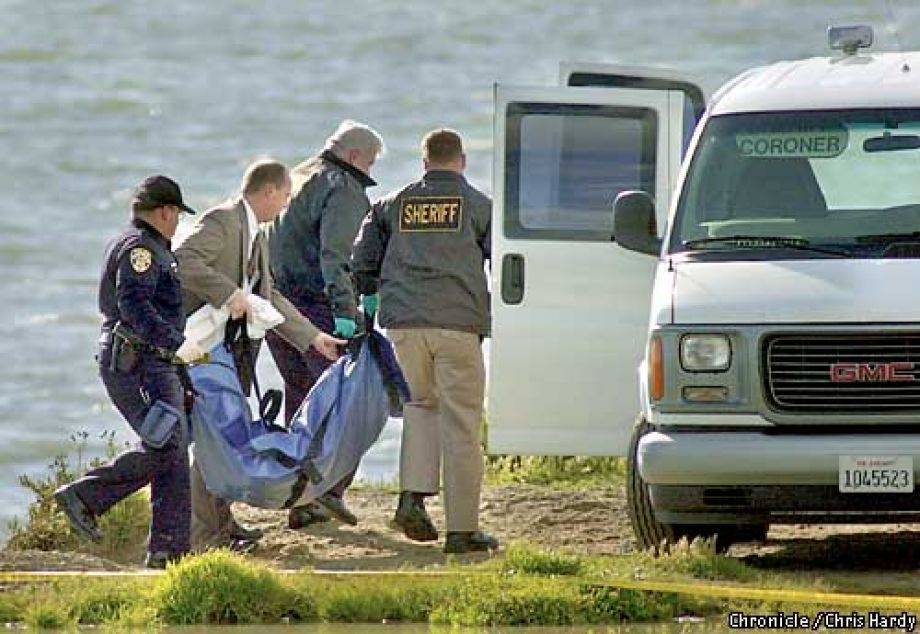 Truth is, people have whispered about shadowy forces along the coast of Albany long before the saga of Laci Peterson brought infamy. Not far from the breakers and the paths, rising like a humongous rocky tortoise shell, is a combination homeless encampment and outsider artist collective known as The Albany Bulb. Daring urban explorers can investigate this decommissioned landfill, finding graffiti-covered installations, including a two-story “castle”, complete with a turret. While most of the artwork is benign (if slightly creepy), there’s a secondary exhibition with sinister undertones. 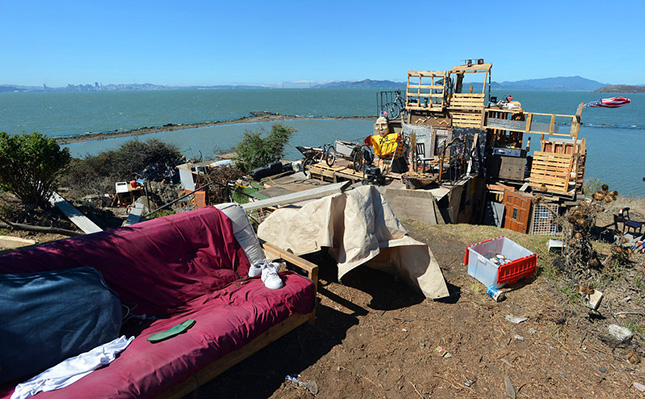 One of the ramshackle encampment sites at the Albany Bulb, as seen on Tuesday, Sept. 3, 2013.

Unknown to all but a few and accessible by a path that can only be located at low tide, one can find a series of sculptures and abstract configurations with overt satanic elements. While many only see further artistic expression among the pentagrams and demonic profiles, others claimed its proof of cult and occultist activities, and conjecture connections to missing persons. Even Scott Peterson’s defense lawyers used these fixtures in an attempt to create reasonable doubt, postulating that Laci had been murdered ritualistically by a cult obsessed with obtaining the blood of a fetus (obviously to no avail). 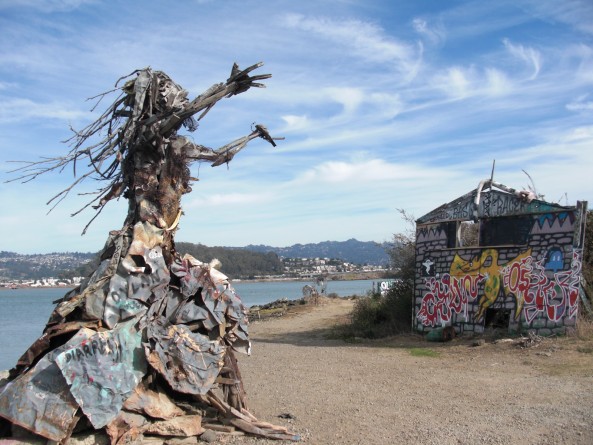 The secretive residents of The Bulb have had several significant clashes with local police over the years. Reports of crimes like rape, robbery, rampant drug use including fatal overdoses, and, yes, even murder have motivated authorities into vain attempts to depopulate the landmark. But no matter how many arrests are made, no matter how many nefarious characters are forcibly evicted, The Bulb refuses to remain vacant. 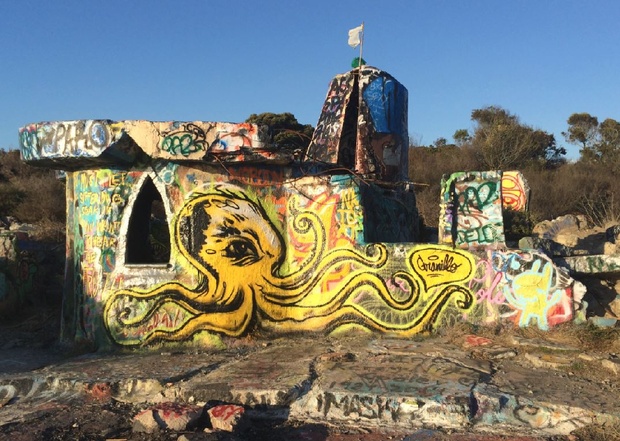 So when the call came in about a “human heart” washed up on this same notorious beach, history and old superstitions rekindled anxieties amongst established residents. But when the fist-sized purple blob was discovered to be something else entirely, relief was tempered by a new mystery. What exactly is this ghastly thing?

Invasions Along the California Coast 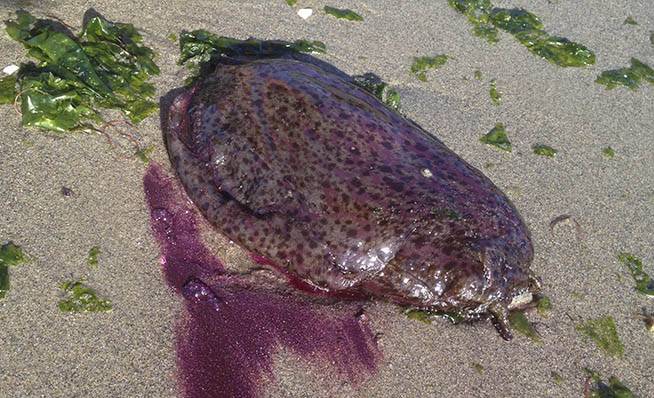 Giant sea slugs called sea hares have been washing up in some East Bay beaches in unusual numbers this summer. (Courtesy of Morgan Dill)

The giant purple blob discovered in Albany turned out to be, in fact, a humongous slug known as the California sea hare. East Bay Regional Park Naturalist Morgan Dill describes them as “about the size and color of a human organ.” While California sea hares are most common in Mexico, they do occupy a territory that stretches north along most of California. Still, these disgusting-yet-harmless creatures have been popping up with uncommon frequency; indeed, the 911 call from Albany was not unique.

“We are getting calls from the public asking what the heck is this big weird purple blob,” Carolyn Jones, a spokeswoman for the East Bay Regional Park District, told the Contra Costa Times. “It’s native to our area. It’s not endangered, but they are rarely seen other than an occasional one here or there.”

The explanation for their suddenly frequent appearances, like the identification of these blobs, brings both relief and uncertainty. The mostly likely reason for the slugs’ unusual migration is a strengthening El Ninio in the eastern Pacific Ocean, a warm-water event affecting many forms of indigenous sea-life. So while the discovery of dead sea hares certainly disproves the possibility of cult activities, it does hint at something potential worse: An environment catastrophe looming on the horizon. 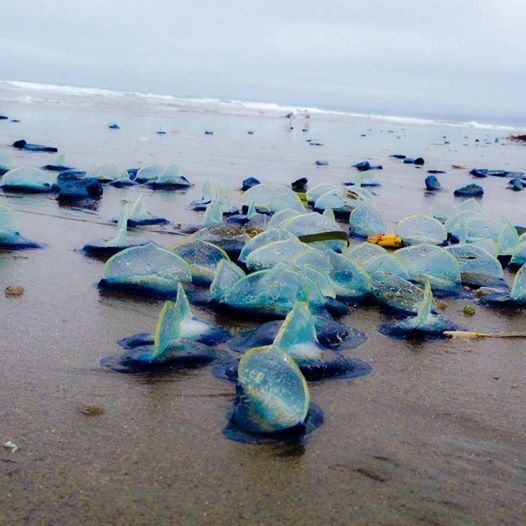 This same El Ninio is being blamed for the millions of tiny, gelatinous by-the-wind sailors washing up on California beaches by the millions, as well as a recent swarm of pelagic red crabs in San Diego. While these oceanic oddities may seem like minor players in a vast ecological spectrum, small changes can cause ripple-effects with disastrous repercussions. 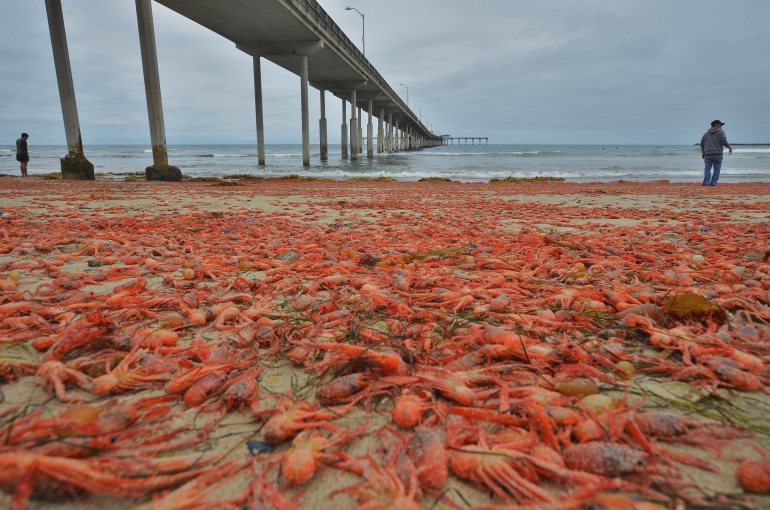 And let’s not forget what awaits residents if this El Nino ever hits the West Coast; for starters, a deluge in drought-baked California would release torrents of mudslides, the likes of which have yet to be experienced. Ongoing flooding could wipe out much of the state’s crumbling infrastructure and the disappearing coastline could displace hundreds of thousands. These events could trigger a chain reaction resulting in unimaginable destruction. Throw in an earthquake or two and California’s completely fucked.

No, it wasn’t actually a human heart that washed up on a beach in Albany last week. Still, the dark memories this discovery stirred are real enough. And maybe, just maybe—it’s an omen of something wicked yet to come. 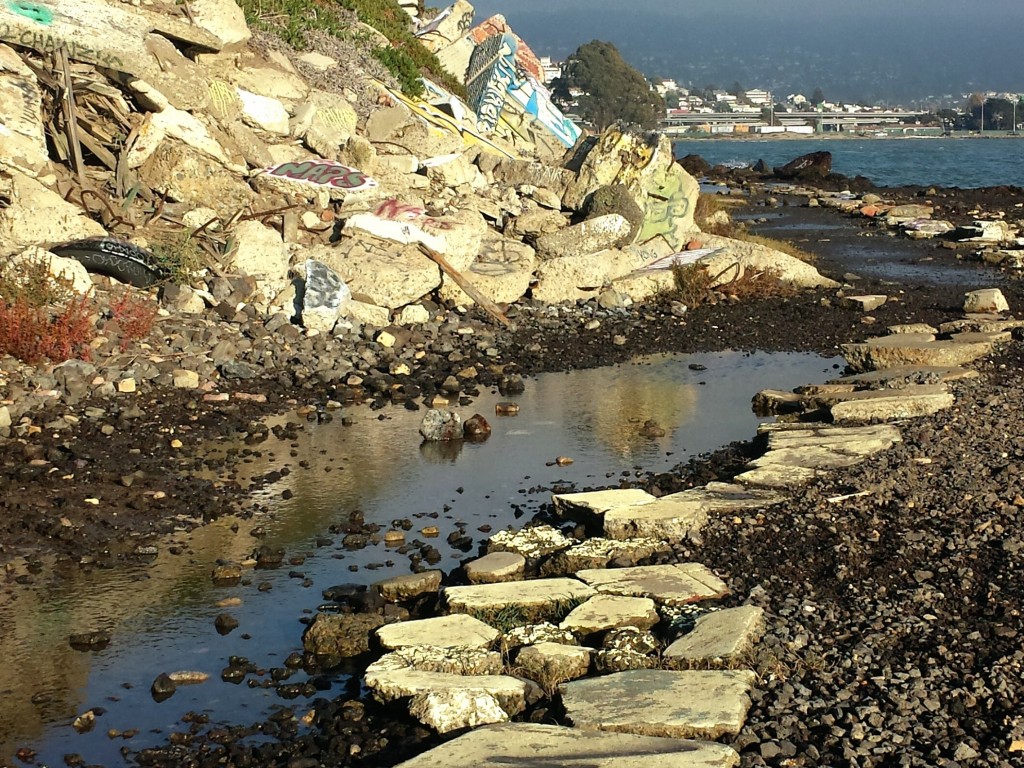 A path, unknown to all but a few, accessible only at low tide.

Have you ever discovered something odd or unusual, like the California sea hare, at the beach? Have you ever explored the mysterious Albany Bulb? Sound off in the Comments section! 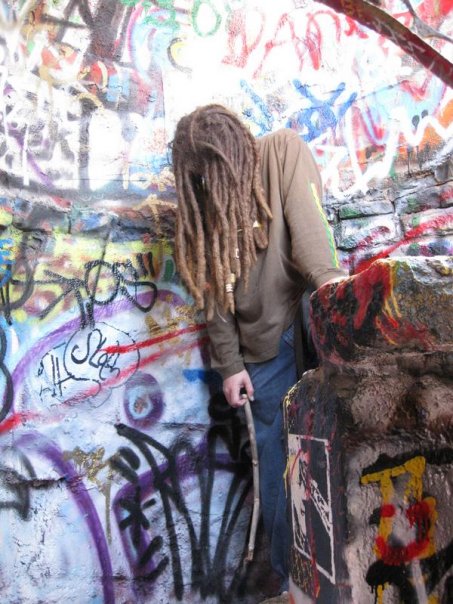 Yours Truly, Josh Millican, absorbing vibes in the Castle at The Bulb, circa 2009.