AMC is giving us another reason for us to become couch potatoes.

Sick of Netflix not satisfying your horror needs? Well, never fear, Shudder is here! Okay, well only here right now for those lucky enough to be one of the Beta testers, but hopefully soon enough we’ll all be streaming our favorite horror flicks through AMC and DramaFever’s new streaming service called Shudder. Those who signed up for the Beta testing are now receiving email invites for a free two months of the service. After the free months are over, users than have the option to pay an easy $4.99 a month or $49.99 for an entire year of service.

As of right now, Shudder houses 200 horror movies, all creatively categorized into groups like ‘Psychos and Madmen’, ‘Identity Crises’, ‘Romantic Bloodsuckers’ and more: 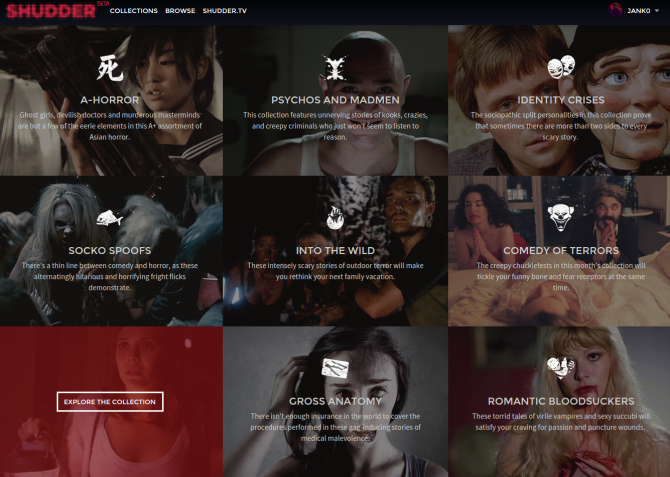 Shudder is currently only available on browsers, but there are plans for it be released on TV-streaming devices as well as available as an app on Apple, Android phones and the-like.

A public release date for the service is unknown, but keep checking back to the Shed for more updates as they are announced!