Grainy, vile, and completely repulse, August Underground is a hard film to watch and a harder one to forget. The exploits of Peter and all the murders, rapes, and tragedies he commits are sights that...

Grainy, vile, and completely repulse, August Underground is a hard film to watch and a harder one to forget. The exploits of Peter and all the murders, rapes, and tragedies he commits are sights that burrow into your brain, hook down, and fester. 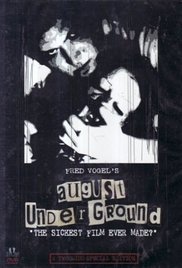 Trying to examine Fred Vogel’s freshman effort can be a surprisingly tricky affair for a film that seems at first glance to be rather straight forward. Part of the reason is that August Underground pretty much smashes through every traditional rule to making a good film. Frankly, it looks and sounds like shit, with all adherence to lighting and microphones thrown to the wayside. Instead, Underground is presented as the loosely edited and severely degraded home video of a very sick man by the name of Peter. Peter likes to film just about everything, from visiting a cemetery, getting a tattoo, or force perhaps force feeding a woman her dead boyfriends dismembered toe. 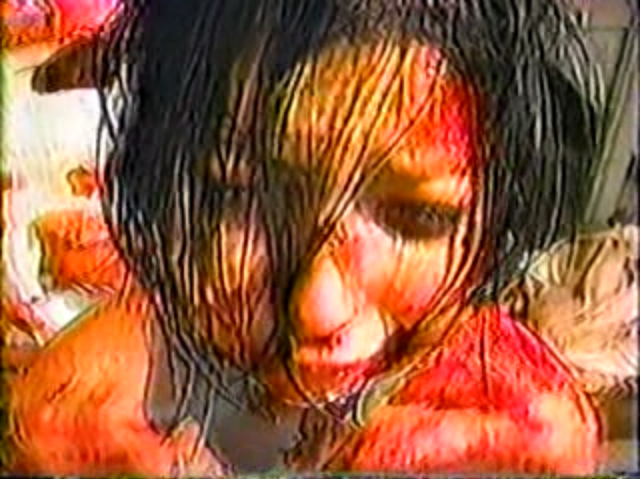 And that is where unsurprisingly, the crux of the controversy arises. Toetag Pictures has made a name for itself with the extremely realistic (and graphic) gore effects they’ve used in their films, and August Underground is the film that that got them gushing onto the scene. The first reel of is a woman tied to a chair with her castrated lovers body rotting in the bathtub, and as the movie sputters on the depravities only get worse.

While shitty video quality might give Youtube’s 240p a run for its money, it makes the violence feel that much more real. Vogel is a modern miracle worker with gore effects, and the Underground series might be his masterwork. Hailing back to the Guinea Pig films of the 80’s, August doesn’t really even try and tell a story; it’s a canvas, for Toetag to show off their effects work. But that’s hardly a critque when their effects work is the bloodiest in the business.

Now, this is one fucked up art show; remember dickless Darryl in the bathtub? Well, he didn’t get there by accident. For anyone who truly loves gore and practical effects, this film is razor-filled candy to the eye. However it’s still an absolutely vicious, nasty piece of celluloid, and even jaded horror fans should take care before watching. I won’t give the standard speel that it will “fuck you up for life”, just know what your getting into before you hit play.

But for a very specific subset of the horror loving audience, an audience that happens to include me, August is the peak in its field. Uncompromising, unflinching guttural horror at it’s most animistic level, it’s something of a modern master piece in extremism. If you think you have the stomach for it, give it a watch; but don’t say I didn’t warn you.