An Interview with “Nailed Down” Director Harley David Morris

Sitting Down With The DIrector of LeglessCorpse FIlms Latest Feature

LeglessCorpse Films has been releasing a good variety of grunge and exploitation films for awhile now, but their latest release might just be their most vicious yet. Nailed Down is a film as brutal as it’s title, hammering in horror just the way good exploitation should. I recently had the chance to sit down with Nailed Down’s director, the great Harley David Morris; here’s what he had to say about his directorial debut. 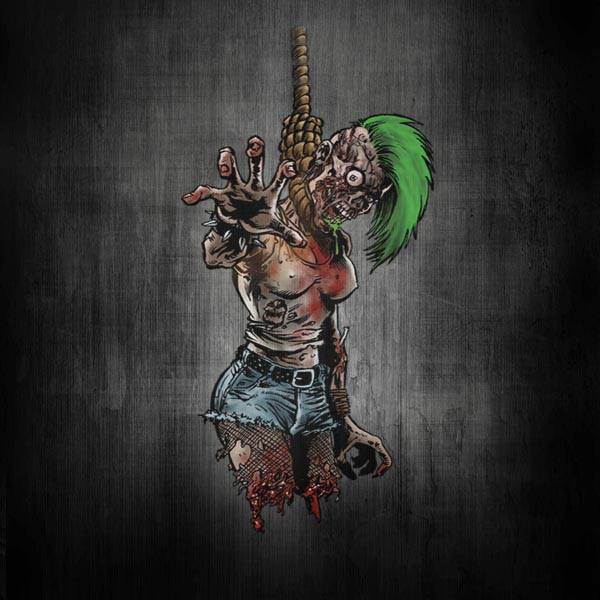 The Blood Shed: So Mr. Morris, can you tell us a little about your film?

Harley David Morris: Yeah sure, it’s a psychological thriller, it’s about Jason Hugo and Adam, who were friends back in high school. They basically stay friends all that time. The story takes place in the current day, and Jason has abducted Adam and is basically torturing him, getting him to admit to something he’s been a part of.  But I don’t want to give any spoilers.

Shed: That sounds pretty interesting. With the torture aspect, would you consider this a gore film, or heavier on the psychological aspects?

Morris: Right, well that’s the interesting part. Originally when I was filming it my intentions were to make it a torture film. But getting into the filming of it, I decided less was more and so I scaled back what I wanted to do with the torture visually quite a bit. I ended up going more Hitchcock-ian, and focused more on the story, so its more of a psychological thriller with a torture element. And I think it made it what it needed to be.

I was always a huge fan of movies like Silence of the Lambs, Se7en, things like that, but more recently I’ve also been a fan of the Hostel films, the Saw films, things like that. What I wanted to do is kind of make a way in between the two subgenres where it kind of married the suspense elements and the story with mild torture. I think I did that with Nailed Down, and I hope it catches on.

Shed: So you mentioned Se7en, Silence of the Lambs, Hostel; what do you think are some other films that inspired you when you filmed Nailed Down?

Morris: Actually those were pretty much it, for the most part. Most of the influence of the story was personal, to tell you the truth. Not in a real life torture sense but more of a feeling. My wife and I were in a situation where our trust in an old friend of mine was compromised and we had a really hard time dealing with that and what I did was instead of negatively charging that energy I put it into the movie script.

I took that thing that was I was so upset about and wanted to do to this guy, and I just wrote them down. And I figured I couldn’t just torture this guy, I needed a reason, and I thought what were the worst things that could have happened to my family, what would’ve put me over the edge. And that’s where I had to go, I had to go to some really dark places for this film. But I think I came out with a really good story.

Shed: As a first time film director there were probably some pitfalls and perils along the way, trying to hone your craft. What are some interesting experiences you went through getting your movie made?

Morris: My biggest hurdle was scheduling. The movie was done on $600, as modest a budget as you could get without just filming it in your backyard with no aesthetic to it whatsoever. So scheduling was the biggest hurdle. And the talent for awhile because I had to recast a couple times. But the great thing about me is that every time I’m pushed backwards I push forwards two times forward.

I was lucky to get the cast that I did. Wes Hinkle was an old friend of mine from middle school. We were in chorus together, did some plays together, so I knew he had acting chops. Kenn Parks, he’s a local actor in community theater. And then Warren Ray is a veteran in film and theater here locally. So I was lucky to have a really solid cast when it came time to really film the thing.

Shed: As far as distributing and marketing a psychological torture film went, how did you go about it?

Morris: Well what I did was, as I was still editing I started kind of reaching out to companies that I had heard of before, and Leglesscorpse kept sticking in my mind. They had a push forward ethic, and their strong ethics towards helping the filmmaker make something, as opposed to the usual numbers game, red tape, and hidden agenda with most distribution companies. They’re really for the filmmaker, and they’ve been really kind to me. I’ve had discussions with probably four or five other companies, and every time Leglesscorpse kept sticking in my mind. Finally I asked “What do you think?” And they were like “Let’s do it!” and it’s been a proud moment ever since.

Shed: Now that your first film is done, looking back, is there anything you would have done differently?

Morris: That comes back to scheduling again. I really wish I wasn’t as green as I was. But I really wish I had more focus on that. The unfortunate thing, and this is the elephant in the room when your watching the movie, the audio isn’t the greatest. And that’s because I didn’t realize getting the audio personally and having my own files was just as important as having the files in general.

We ended up losing audio files, and we had to take some audio from the camera which is never great. But you know, we did what we had to, and I have to thank Warren Ray for his editing skills. He helped on some of the worst scenes when it came to the audio. He ended up saving the film, so you know, the film has some crutches but it walks pretty good.

Shed: Well what are some of your plans for the future now that your first film is under your belt?

Morris: I’m in the works of trying to do a short, called Mother of the Beast, which is based on H.P. Lovecraft’s characters, that are now public domain. So I’m now doing a short that’s basically the birth of Cthulu. And after that I’m doing a crowd funding thing for a film I’m calling Beautifully Disturbed. It’s about three girls that were Orphans, and were abused as children by various men. They become vigilante killers; the twist is it’s going to be a genre bender. Not only will it be a revenge, serial killer thing, but there will be a supernatural element in that I’m adding a vampire.  It should be interesting (laughs).

Shed: Well thank you for talking to us Mr. Morris. Before we leave, do you have any last words or projects to plug?

Morris: Yes, I’d like to thank Jimmy and April, part of the Chainsaw Sally Show. You can get a re-release of a Chainsaw Sally and Good Sisters double feature at Walmart. I’d also just like to thank my cast and crew and Leglesscorpse Films for sticking by me and seeing my vision, and thank you for having me.

Harley was a hell of a nice guy, and despite it’s lumps, Nailed Down was a damn impressive debut. Be on the lookout for a review shortly. In the meantime, keep checking back to The Shed for all the horror news you can handle, and Leglesscorpse Films for all the exploitation you could want.

Jeff is a writer for The Blood Shed who eats, drinks, and bleeds horror.  He’s also the President of Indie Horror Producing Company Head on a Stick Productions. You can contact him at Headoasp@gmail.com