A unique adaptation of Poe’s most haunting and beautiful ode.

Canadian artist and literary scholar Julian Peters has combined his love of graphic novels and gothic poetry into a unique adaptation of Edgar Allan Poe’s most haunting and beautiful ode: A comic-book style retelling of Annabelle Lee.  While the works of Poe are a wellspring of artistic inspiration, spawning films and countless other images, Peter’s work is one of a kind: It’s a presentation of Poe’s classic talents in a form that will appeal to visually-obsessed millennials.

This isn’t Peters’ first innovative literary mash-up, having previously released a comic book version of T.S. Eliot’s The Love Song of J. Alfred Prufroc”, as well as a manga version of W. B. Yeats’ When You Are Old.  You can peruse his extensive portfolio at your leisure: HERE.

It’s commonly accepted that Poe wrote Annabelle Lee as a tribute to his wife and first cousin Virginia Clemm (whom he married at the age of 27 when she was merely 13); Virginia died of tuberculosis at the age of 24.  This tragedy inspired Poe to write Annabelle Lee, and the theme of a “beautiful corpse” became a common refrain in the writer’s works.

While the specifics of Poe’s marriage to Clemm have consistently raised eyebrows for appearing inappropriate, there’s no denying that Annabelle Lee is one of the purest, most loving tributes ever penned.  Peters’ adaptation imagines both the narrator and Annabelle as children, eliciting the glowing warmth of fist-love while retaining the piece’s dark, gothic sensibilities.  It conveys the depth of the narrator’s emotions juxtaposed against his never-ending grief: Infinite love and infinite sorrow intertwined.  It’s beautiful and heart-wrenching simultaneously.  Experience it for yourself below.  Enjoy! 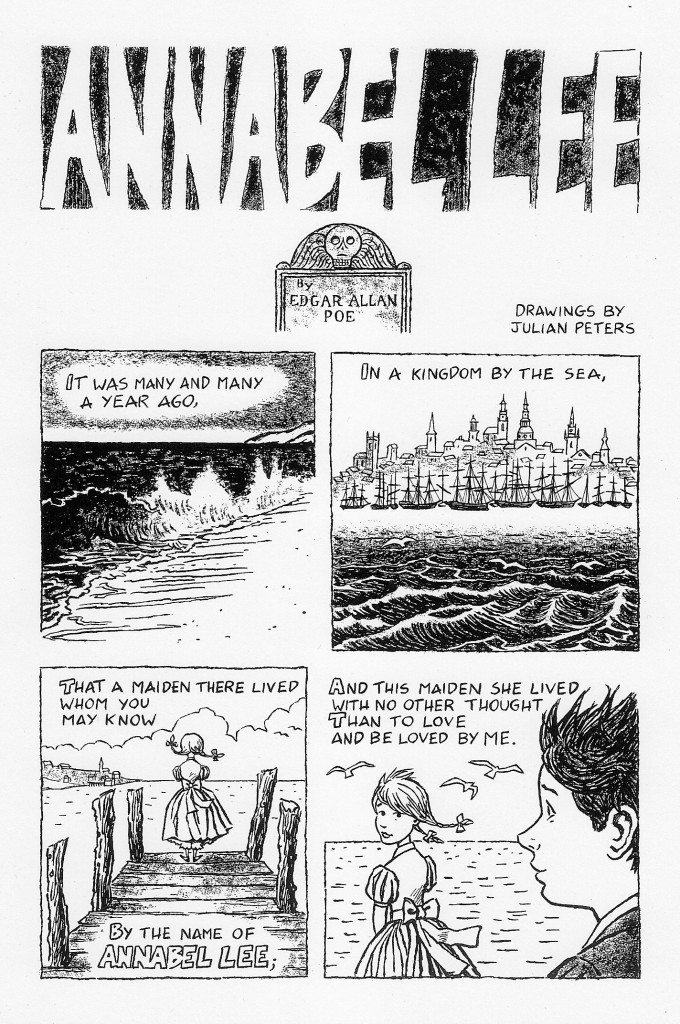 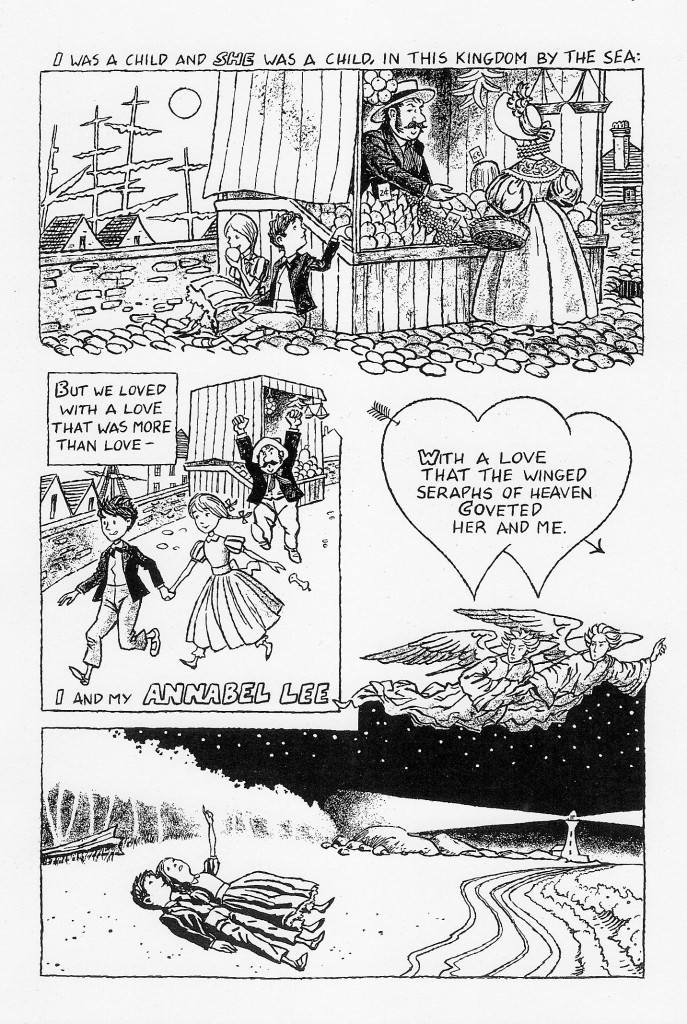 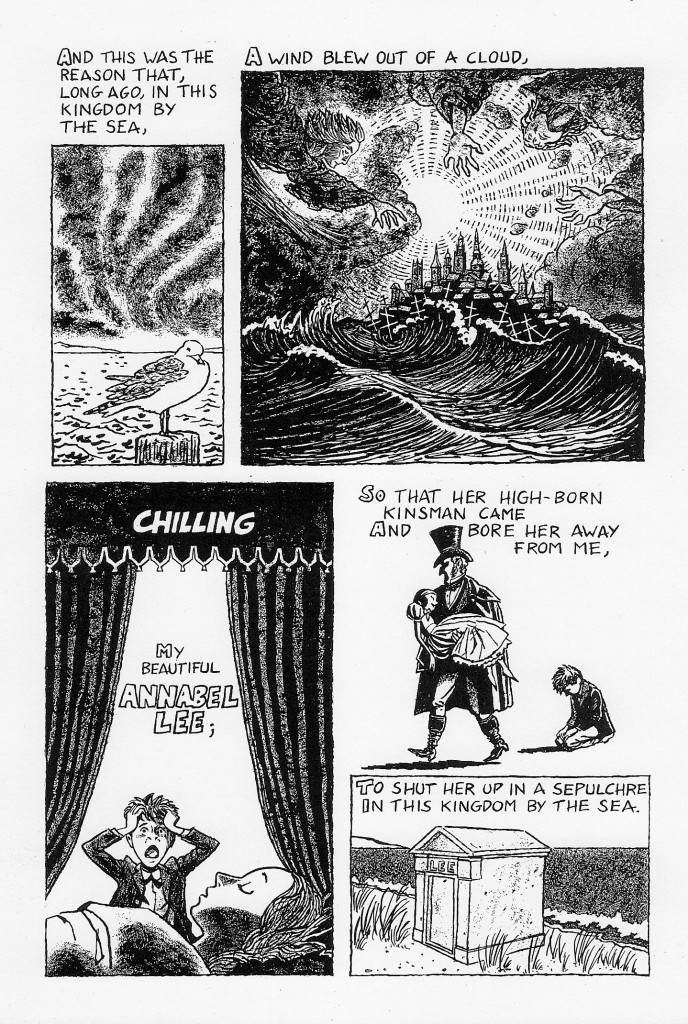 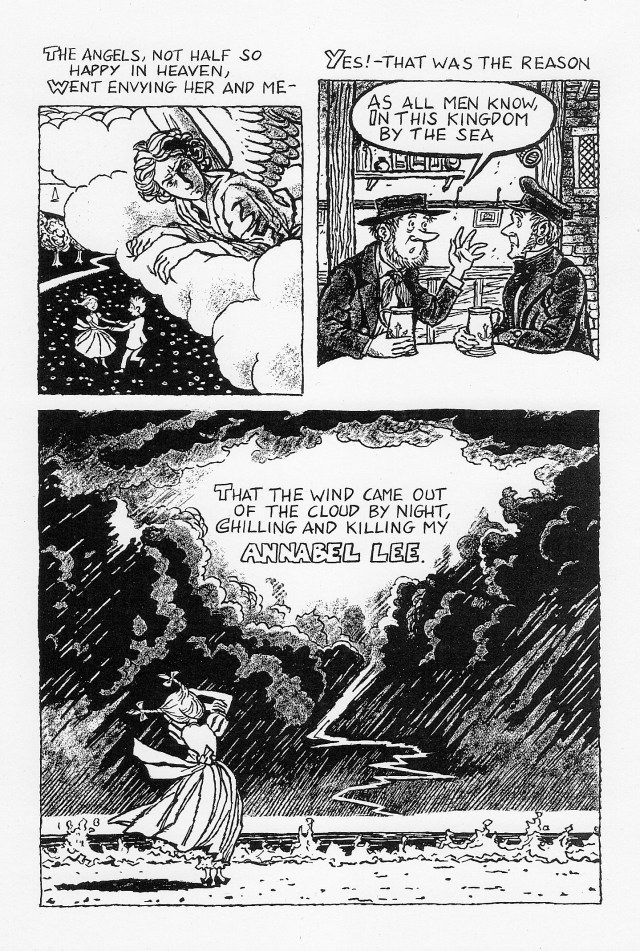 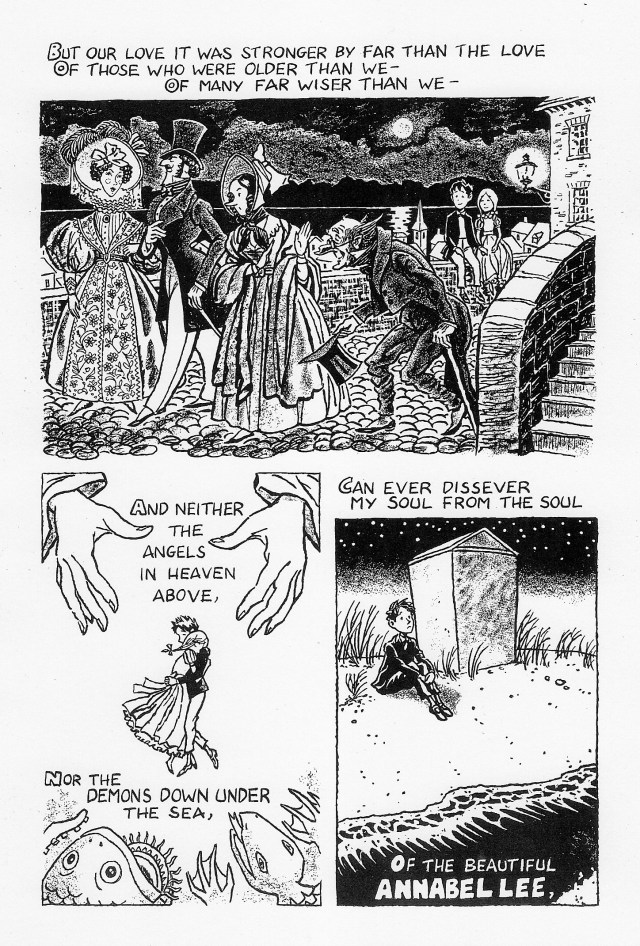 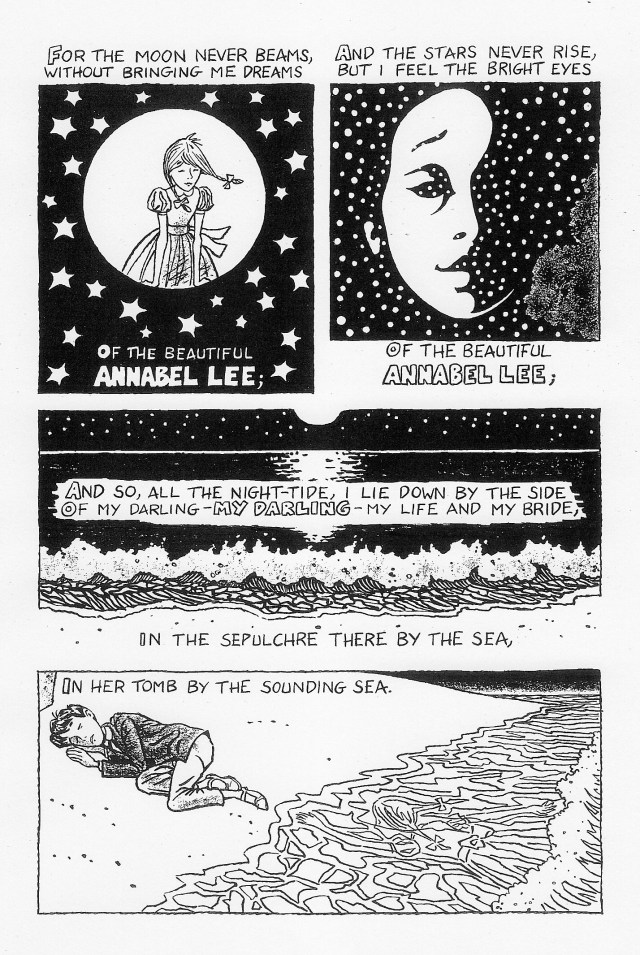 What do you think of Julian Peters’ adaptation of Poe’s Annabelle Lee?  Sound off in the Comments section! 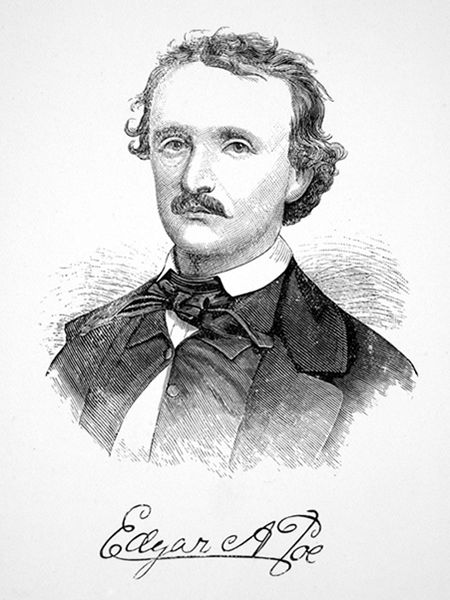