A spoiler-free review of the 2015 film 'Ava's Possessions' 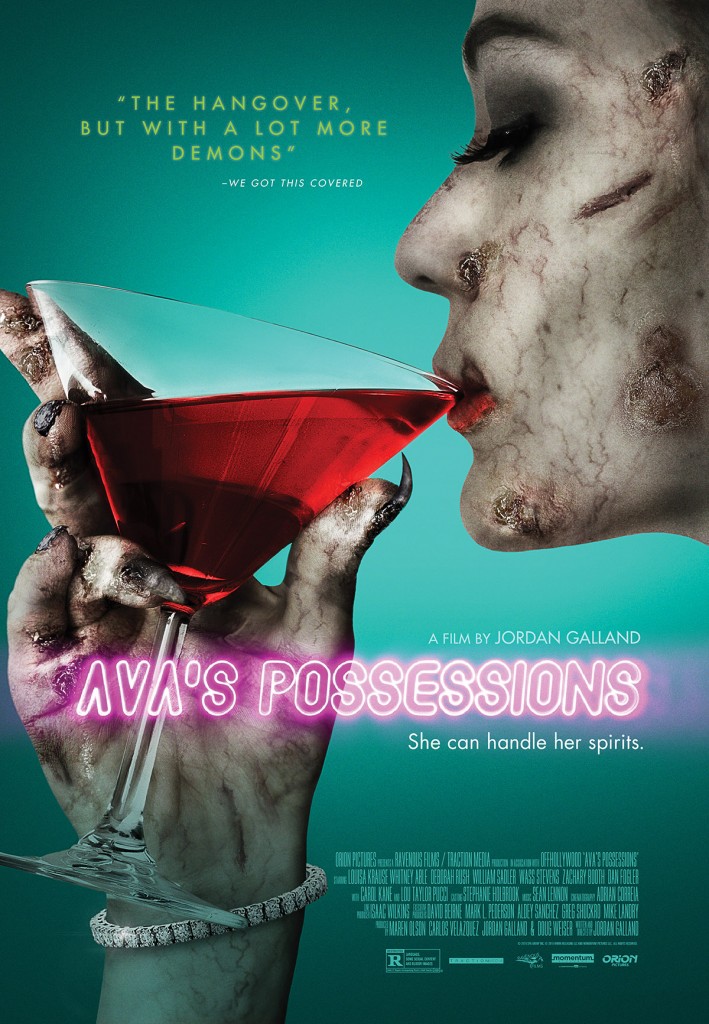 Ava, a young woman awakens after being possessed for quite some time with no recollection of what happened over the past month. As Ava tries to rebuild her life she is met with many hurdles along the way as she tries to piece together everything that occurred. Her family offers no solace with vague answers so it is up to Ava to connect the dots and confront those she may have hurt. While in ‘possession rehab’ ran by a local church that’ll wipe clean her record, Ava meets some new friends and learns she can control the demons that may be still plaguing her. As questions become answered Ava begins to feel comfortable again but it doesn’t last long.

Ava’s Possessions is a different type of possession film, with a lighthearted comedic feel to it that offers itself as a nice throwback to genre 80’s films of the like. The beautiful Louisa Krause definitely delivers in her role as the troubled Ava, stealing the show and making the film what it is. Had they picked a different actress for the role, I don’t think the movie would be as successful. Yes, the plot and the film is super far-fetched but that’s where the comedic elements come in and for some reason, it just plain works. Usually, that kind of stuff may bother me, but not with this particular film.

I loved the style of the movie, it was flashy and fun. The plot and character of Ava was well-developed and the story had kept me guessing. Most of the other characters however are just kind of an afterthought– with no actual depth or meaning to them other than just to say a few lines every now and then. The ending was an interesting and surprising one but I had a small inkling something like that may happen with a few foreshadowing scenes early on.

Overall, Ava’s Possession is a fun, enjoyable horror flick and really does deserve a watch, which is why I am rating it a 3/4 and recommend it to any ’80’s horror fan and any horror fan in general looking for something different.