The ‘Axeman’ Has Returned For More Carnage

It's time for the axe to swing again

There’s something about villains that film makers and movie fans can’t get enough of.  The more terrible the villain, the more entertained the audience will be.  One film maker, Joston ‘El Rey’ Theney, has taken his love of 80s horror and used to create his own slasher.  The Axeman made his debut in 2013.  Now, four years later, he’s returned with his sights on a new group of victims.

Axeman 2: Overkill has the slasher targeting bank robbers, vigilantes and a group of Evangelicals who’ve arrived at Cutter’s Creek.  This will be the second entry of the Axeman trilogy.  The cast includes Rachel Reilly, Angelica Bridges, Bryan Clark and Farrah Abraham.  I’m always on the lookout for a new slasher.  I think the Axeman will cause enough mayhem to be a new favorite.

Axeman 2: Overkill will be released on Amazon Instant Video, YouTube Movies, Vimeo On Demand, PantaFlix and Blu-Ray\DVD on October 17, 2017.

You can pre-order the DVD\Blu-Ray here. 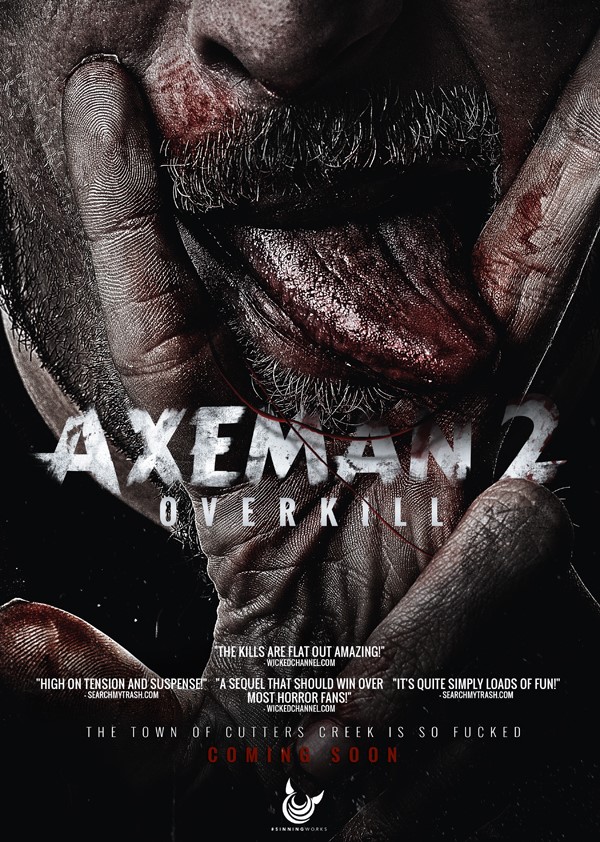