Best Worst Movie: A Look Back at Troll 2

When you’re talking about crappy horror movies, there are generally three categories. There are the technically awful, movies whose lighting/audio/ etc. are so poor they’re basically un-watchable. There are the generic and boring, derivative movies that are shot competently but have so few original ideas that you wonder why the filmmakers even bothered. And then finally, there are the bat shit fucking crazy. 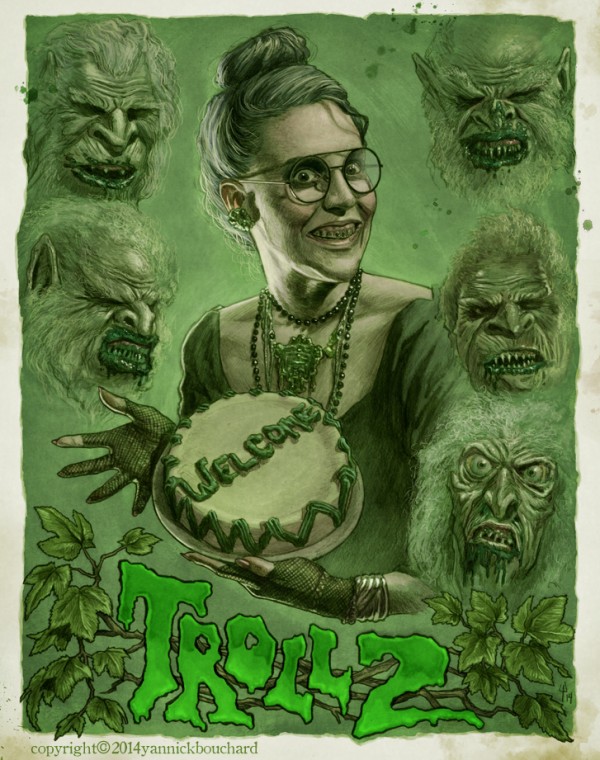 One of the first things you’ll probably notice upon viewing are the bizarre nature of the monsters; while they most resemble meth smoking oompa loompas, they are in actuality vegetarian goblins. Pretty creative sure, but plant munchers are exactly known for being scary. The filmmakers solution to this was to make the goblins evil botanists who use a special poison to turn people into plants before killing them which kind of, uh, kind of takes away the point of not eating meat. If your just going to kill animals for food anyway, why even bother being a goddamn vegan in the first place? 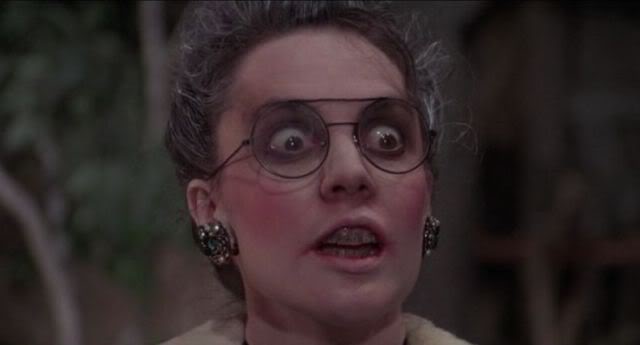 (For the youthful glow a diet of plants gives you of course!)

If you’re a particularly insightful reader, you might have noticed so far I’ve only mentioned goblins, as opposed to any actual trolls. Well you can put that magnifying glass down Sherlock, because Troll 2 doesn’t feature A SINGLE FUCKING TROLL! In reality, the movie was originally called Goblins, with the title later changed to try and piggyback off the “success” of the original Troll (if you can count a 4.3 out of 10 on IMDb as a success). I mean, the first film sure isn’t a masterpiece of cinema, but at least, you know, had a goddamn Troll in it.

So Troll 2 isn’t coming out of the corner swinging, but hey, it it’s a halfway decent movie with some really horrifying goblins, maybe we can forgive the misleading title. I mean, a rose by any other name is just as sweet right? Yeah, well this rose smells like shit. As it turns out, the screenplay, written in English by a man who didn’t speak English, had a few problems. Sure, the inexperienced actors are far from stellar in their respective roles, but Marlon Brando couldn’t make this dialogue sound good. A few of my favorite;

But by all means, despite my harsh criticism, Troll 2 is up there with my favorite films ever made. Is it a good movie? Hell no. That doesn’t stop it from be an accidental masterpiece, one of the flat-out best times I’ve ever had watching a piece of entertainment. There are half a million films out there with naked bimbos getting cut in half with chainsaws, getting possessed by Satan, or being hunted by some long-haired dead bitch from Japan, but in all the history of cinema, there is only one Troll 2.

While even I’ll admit that’s probably for the best, there is no doubt that this is going to be a film unlike anything you have seen before. Its up there with Manos and Plan Nine From Outer Space as one of the truly best-worst films ever made, something shit like Sharknado only dreams of. If your one of the few b-movie fans out there that hasn’t yet seen Troll 2, watch it now, with as few spoilers as possible. And for those who don’t like it, well they can just go guzzle a gallon of Nilbog Milk.

Jeff is a writer for the Blood Shed and eats drinks and bleeds horror. You can follow him on instagram @thatjeffreyguy